Recall the nationwide outrage of American football fans and patriots alike when then San Francisco 49ers quarterback Colin Kaepernick sat down during a pre-game national anthem.

Every week thereafter he continued his antics, taking a knee, occasionally joined by other know-nothing wealthy black players throughout that season – and for what?

The backlash against Kaepernick was monumental and compounded his collapse as an NFL starting quarterback. So caustic is he that he is literally unable to find employment as even a third-string quarterback. It seems no one wants him.

He was roundly condemned by practically the entire country, save for leftist radicals, anarchists, communists and Black Lives Matter. I supposed that list was a bit redundant, as all are cut from the same red cloth. END_OF_DOCUMENT_TOKEN_TO_BE_REPLACED

At this difficult time, Britain is faced with some hard questions the people charged with protecting us are going to have to answer sooner or later.

The Manchester suicide bomber Salman Abedi was known to the authorities.

He is believed to have travelled to the Middle East and become radicalised before returning to the UK to cause carnage at a gig in the city where he was born just days later.

As his father and brother were arrested in Libya, security force sources there said the father had links to Al Qaeda and another source claimed the brother ‘was aware of all the details’ of attack plans.

Yet he was allowed to walk back to the UK unchallenged. 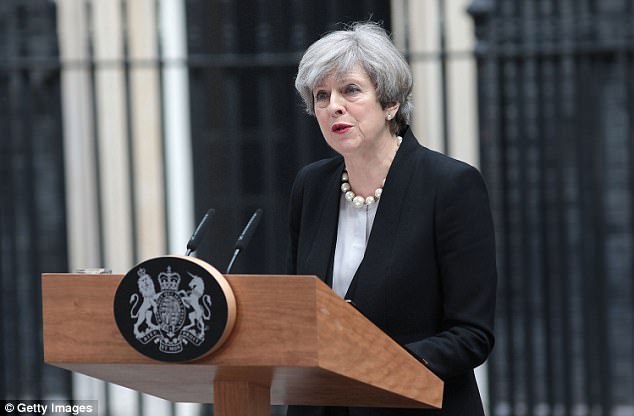 Katie Hopkins asks: Who is going to protect our kids from the terror the politicians let in?

END_OF_DOCUMENT_TOKEN_TO_BE_REPLACED

No LGBT community – love will not conquer hate – not this time. No rainbow flags in the shape of hearts or cuddly teddy bears will protect you from gunfire or a suicide bomb when radical Islamists come-a-callin.

Oh, it’s a great liberal sentiment – just as it was after the Bataclan nightclub massacre in Paris in November.

In March, Michelle Malkin wrote a piece entitled, “Post-Jihad Gesture Theater: Je Suis Sick of It.” As is usual, she knocked it out of the park as she wrote: “While homicidal, suicidal and genocidal jihadists are busy plotting the next soft-target terror attacks on the West, docile Westerners are busy shedding cartoon tears and doodling broken hearts on social media.”

Now we’ve had another planned massacre, this time on an American “soft target,” on the heels of our last “soft target” attack in San Bernardino by Islamic radicals. And the response of the Je Suis crowd is the same as it was after the Charlie Hebdo, the Paris and Brussels attacks – candlelight – chalk drawings and “solidarity.”

After the San Bernardino attacks, thousands gathered at San Manuel Stadium to mourn in solidarity. “It could’ve been any of us, so I’ve had a really hard time with it and I just wanted to be around other people who felt the same,” Martha Rendon, a San Bernardino County employee said while holding back tears. “County, city and clergy leaders told the crowd to pray for the victims’ loved ones and to stand united as a community in what will be a long healing process.” END_OF_DOCUMENT_TOKEN_TO_BE_REPLACED

In this episode I discuss Senate Conservative Fund President Ken Cuccinelli’s outrage over Mitch McConnell’s cowardly behavior. He describes McConnell as having no backbone, which we all know to be true.

I also discuss the harsh treatment of my man Ted Cruz by Daily Show host, the genius, Trevor Noah and how Cruz should turn Noah’s idiotic comments into a winning campaign commercial.

In a short closing segment I expound on some little known facts regarding the area around San Bernardino – the site of the radical Islamist attack. END_OF_DOCUMENT_TOKEN_TO_BE_REPLACED

Paris is attacked – attacked by Islamic barbarians bent on revenge for mocking the prophet Mohammed. They felt as though they needed to defend the honor and name of the prophet.

As an aside, if Mohammed is supposed to be the father of Islam, the right hand of Allah, like some omniscient being – why does he need to be defended? Why would anyone or anything who is supposed to have a direct line to Allah have to be defended by mere mortals? Just asking.

Okay, so radical Muslims go on the offensive. What is the response? Well after the French Special Forces did what they do – killed the terrorists – then what?

The city of Paris host a massive “unity rally in defiance of a terrorist spree that claimed 17 lives,” reports CNN.

And it was quite the impressive rally with many dignitaries in attendance. Leaders from France, Germany, Spain, Great Britain were in attendance, as well as Netanyahu of Israel, the Palestinian Authority’s Abbas and the King of Jordan, amongst others.

Now I don’t mean to sound harsh and non-appreciative of the large show of “unity” and “defiance” – but now what? So they have a rally. So what? Is that supposed to scare away the Islamic radicals? END_OF_DOCUMENT_TOKEN_TO_BE_REPLACED

What would happen if two, three, four, half a dozen KKK members were caught over a period years burning crosses on black citizens lawns or supporting the cross burners? And then it was discovered that all these “unrelated” Klan members attended the same Christian church.

Most likely, shut down the Christian church pending further investigation – seizing all records, computers and correspondence.

How many would be outraged and demand something be done if the pastor of this Christian church called for a “purified” whites only state?

Well, the answer should be obvious. No politician, or very few, would object to the closure and vigorous investigation of this church. Every mainstream media outlet would burning up the airwaves with wall-to-wall coverage. Every reporter would be busy digging up information on the church and every attendee for the last 20 years. END_OF_DOCUMENT_TOKEN_TO_BE_REPLACED

Last week Barack Obama began his ISIS/ISIL/IS/Islamic State speech with the usual “My fellow Americans”. We all know this is a throwaway line and shouldn’t strike a chord. But it did this time, for I don’t believe Obama thinks of you and me as “his” fellow Americans.

He continued: “As commander-in-chief, my highest priority is the security of the American people.”

Now, does anyone anymore truly believe his highest or any priority is the “security” of the American people? If so, why would he just allow a conga line of terrorists and gang members to cross our southern border? We know they are. It’s too easy not to.

Obama then states: “We cannot erase every trace of evil from the world, and small groups of killers have the capacity to do great harm.” To this I agree, but last I checked ISIL have amassed a force of over 30,000 by some estimates. That is not a “small-group”. If a much smaller, less trained and financed group like Al Qaeda can wreak as much havoc as they have, what can 30,000 (and growing) bloodthirsty killers do? END_OF_DOCUMENT_TOKEN_TO_BE_REPLACED

Just a few months ago, in May or June, Iran publicly asked the United States for help regarding ISIS. When I first heard this, I couldn’t believe it. Our mortal enemy Iran, asking for our help.

John Xenakis at Breitbart reported at the time that Professor Fawaz Gerges of the London School of Economics said, “One of the most important developments to come out of this particular crisis is the convergence of interests of the United States and Iran. Both powers have vested interests in stopping the ISIS surge. Iraqi is the most pivotal ally of Iran. And the United States fears that ISIS could really present a threat not only to Iraq’s integrity, but for regional stabilities.”

Oh Yea! We now have something in common with the extremist regime in Iran – the same Iran that wishes to destroy the West. My, what a strange bedfellow.

But wait, it gets better. Former British “Head of the Army”, General Lord Richard Dannett said that his country should form an alliance with not only Iran but also Assad’s Syria. END_OF_DOCUMENT_TOKEN_TO_BE_REPLACED

Time for a get real moment about radical Islam, and why anyone would support them.

Everywhere they go, they leave nothing but destruction and death behind.

They persecute and murder Christians just because there Christian – just because they’re different, but they whine at anyone who speaks out about their “sacred” practices. As if we have no right or standing to do so.

Oh, and they want exterminate all Jews.

They have this dumb-ass rule about women having to remain completely covered.

You can see it practically everywhere you go – even here in New England. I was witness to the practice just recently. It’s summer – it’s hot – 90 degrees plus with 80% humidity. A Muslim man is taking a walk with his son. They are dressed in shorts, tank tops and flip-flops. Beside them is who I assume to be the man’s wife, covered from head to tow in black. Her headscarf was a Niqab. The only things visible were her eyes.

How completely absurd! The practice of women covering up is supposed to be rooted in some sort of religious “modesty” code or something – that women should only be seen by their husbands. Bullcrap, I say. It’s just another way for Muslim men to manifest power over women, who have virtually no rights.

And don’t tell me the women don’t mind dressing that way, as the males dress down to practically nothing in the hot summer sun. END_OF_DOCUMENT_TOKEN_TO_BE_REPLACED

By now, most of us on this side of the pen, or the display, or the microphone, have written or spoken of the Mexican-American border problem.

With thousands upon thousands of “children” crossing every week, it would seem that our southern border is wide open. Thanks to our president, the border patrol and other authorities are overwhelmed, leaving little if any man power to patrol.

So, who else might be taking advantage of the Southern sieve? It certainly wouldn’t be radical Islamic terrorists, would it?

Now, we commentators have also written and spoken extensively of the Cloward and Piven strategy – a strategy to purposely overwhelm the system to the point of collapse. We have postulated that this is exactly what Obama is doing at our southern border.

I believe this to be true. But I also contend that this strategy may have dire consequences beyond just the illegal immigrant flood.

Already these illegals are being shipped all over the country to take up residence at military bases – Arizona, Texas, Oklahoma, California, and even Massachusetts. And these are the ones that we know of. No doubt the list of states will grow as more and more enter. END_OF_DOCUMENT_TOKEN_TO_BE_REPLACED