Tweet
The Porsche 919 Street, a vision of a road-going Le Mans car
Porsche

In a glimpse of futures that could’ve been, Porsche Design Studio has unveiled three street car concepts that have never before been shown to the public: one Le Mans racer-based hypercar, one open-top sportscar, and one electric riff on the Kombi van.

The process of automotive development is torturously long; by the time a production car is being introduced to the public, chances are the company behind it is already well into the development of its successor. There are many steps in the process, from sketching and clay modeling through engineering, concepts through to production shapes, and while companies frequently show off futuristic concept cars to test the waters of public opinion, it seems there are many that never see the light of day. END_OF_DOCUMENT_TOKEN_TO_BE_REPLACED

Porsche has lent its name and some of its design team to Tuscan superyacht builder Dynamiq to create the GTT 115. Inspired by Porsche’s grand touring cars, this 14.4 million-dollar, 35-meter beauty is designed for high-speed, trans-Atlantic shenanigans in total luxury, with up to 10 guests and a crew of six. END_OF_DOCUMENT_TOKEN_TO_BE_REPLACED

A new book  celebrates the history of the Porsche 911, from its humble beginnings in  post-war Germany to global cult status

1963:  The very first Porsche 911 set the tone for the next 50 years, with its sloping  back, distinctive circular headlights and slanted windshield.Beloved of celebrities the world  over, and,  like a Rolex watch or a tailored suit, one of the most  enduring ‘I’ve made it  in the world’ purchases, the Porsche 911 has  surprisingly humble  origins.In fact, the world’s most popular sports car  is arguably descended from the Volkswagen Beetle.Porsche’s emergence as a carmaker in post-war  Germany was inextricably linked to  that of Volkswagen (it’s now part of the  Volkswagen Group).Before the war, its founder, Ferdinand  Porsche, had designed the Beetle, and  in the late Forties the firm found success with the Beetle-derived 356.By the late Fifties, Porsche was in need of a  successor to satisfy demand. After  several years of intensive work – during which a larger four-seat option was  considered – Porsche’s  engineers had a prototype to reveal to the world.

In fact, the car that Porsche displayed in Frankfurt was called the 901.

The ‘911’ name arose because Peugeot claimed the rights to all three-digit model numbers with a 0 in the middle. So Porsche simply  changed the 0 to a 1. 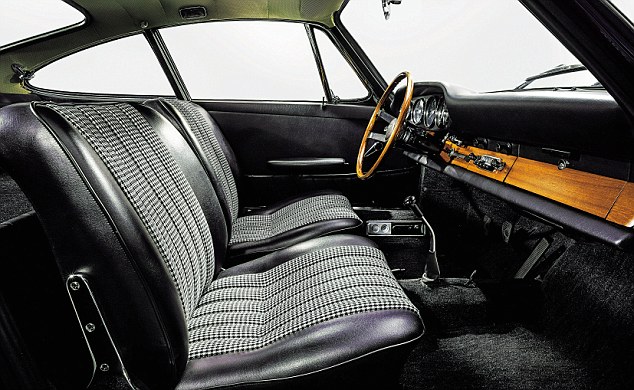 On the inside, while there have obviously been technical  advances, one basic element remains key to the car’s identity: a  counter-intuitive set-up that sees the engine placed right over the rear axle,  driving the rear wheels

Famously, the 911’s design has barely changed  in five decades. Line up any two  models and you’re immediately looking at the  same shape.

The wheelbase might have been lengthened over  time, the windscreen tilted  back a few degrees, bumpers and spoilers added and  taken away, but that  silhouette remains.

No  other car looks so close to how it did in  the Sixties.

And on the  inside, while there have  obviously been technical advances, one basic  element remains key to the car’s  identity: a counter-intuitive set-up  that sees the flat-six engine placed right  over the rear axle, driving  the rear wheels.

For many years this made the 911 a  challenging drive, as in overconfident hands or poor conditions it was liable to  spin at a moment’s notice.

The most devoted celebrity fan, though, is  surely comedian Jerry Seinfeld, who owns over 50 Porsches, including many  911s. 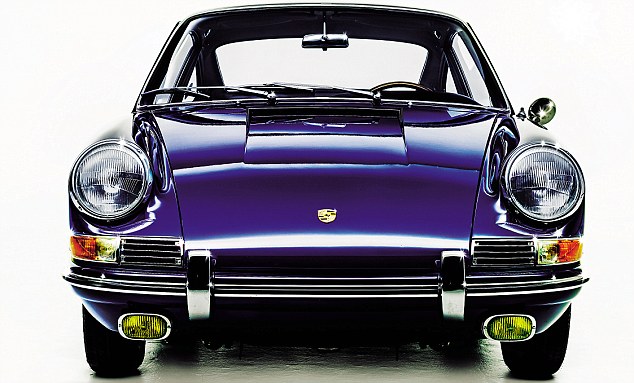 The wheelbase has been lengthened over time, the  windscreen tilted back a few degrees, bumpers and spoilers added and taken away,  but the classic shape remains 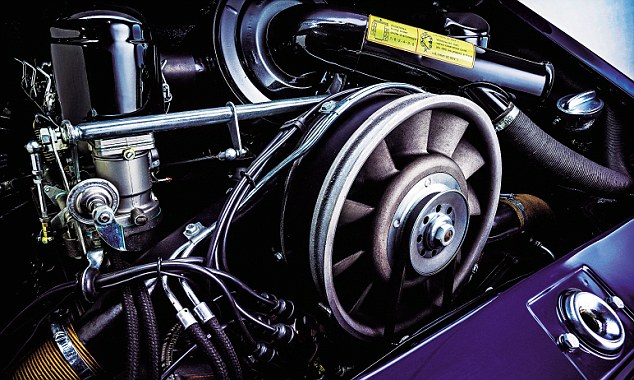 Says Seinfeld of his collection, ‘Oh, I know  it’s insane. They’re an obsession.

‘Top Gear wanted to have me on, so I had  dinner with Jeremy Clarkson, but it turned out he didn’t like Porsches, so we  had nothing in common.

‘What do I like about them? For me to take  you down that corridor would bore you to tears. It’s a wormhole of detail and  specificity.

‘I’ve driven a lot of other cars, but that’s only reinforced my impression that the Porsche is the only properly designed  automobile.

‘My favorite is the 959 from the mid-Eighties, at the time the fastest production car in the world. There’s nothing like it. 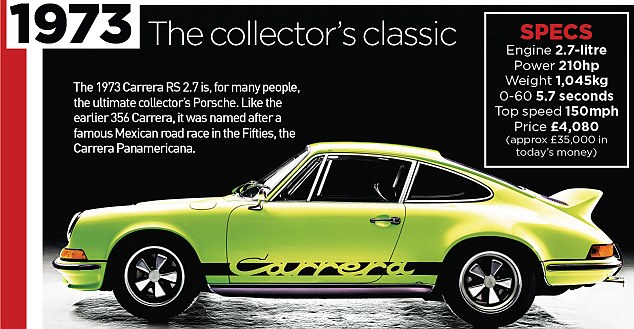 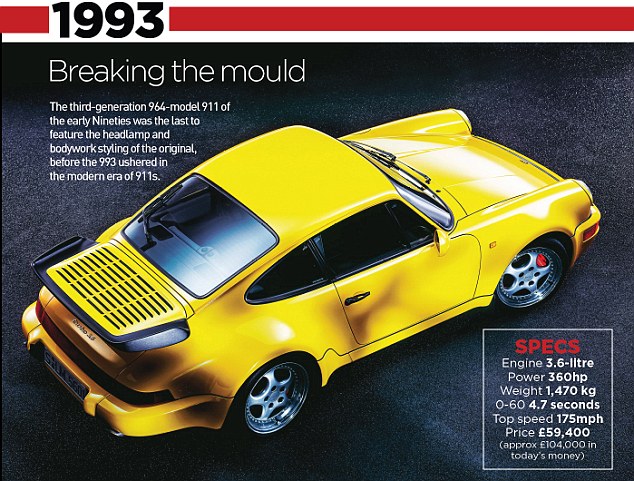 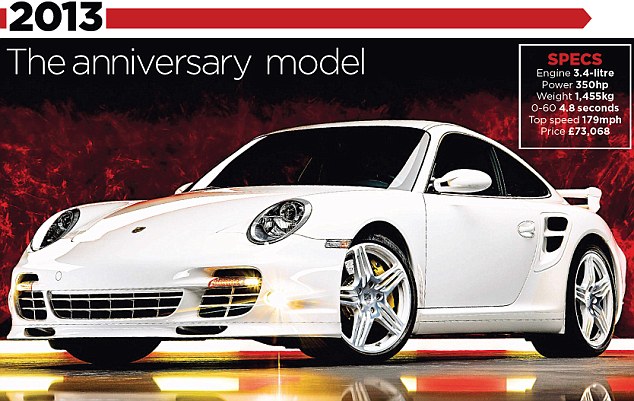 A legend in  motorsport 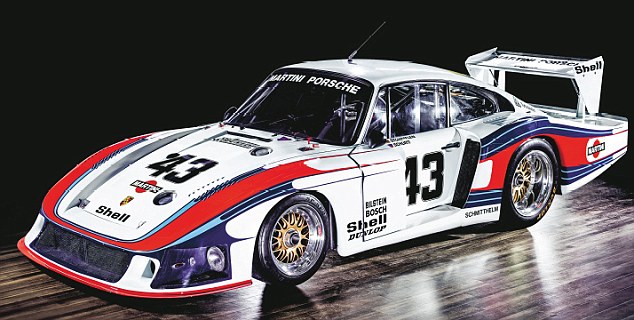 You can’t make sports cars for over 60 years without  acquiring a little racing experience: This 911-derived 935 won at Le Mans in  1978 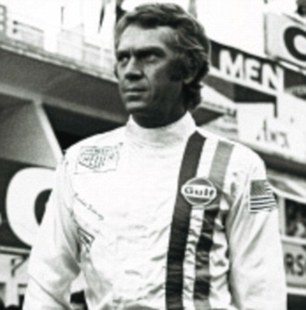 You can’t make sports cars for over 60 years without acquiring a little  racing experience.

The endurance-race heroics of the 1970 Porsche team were immortalised by  Steve McQueen in the 1971 film Le Mans – in which he raced Porsche 917s, which  can trace their origins back to the father of the 911, the Porsche 356.

Nicknamed ‘Moby Dick’ after its whale-like elongated bonnet and tail, the  1978 model 935 is one of the most iconic cars to come out of Porsche’s  motorsport division – and with a top speed of 235mph, one of the most  ferocious.