No one likes an energy crunch more than me I’ll tell. When I pull up to the pump and see premium gas, which is what I have to use, for like $2.70 a gallon and regular for like $2.20 or maybe even less, I get really upset.

Long gone are those happy days of $4 plus a gallon of gas. Those were the good ole days I’ll tell ya.

Then Trump screwed it all up. Fixing the economy, record jobs for literally every one. And cheap oil and gas. That bastard!

Something needed to be done about it.

But Joe Biden to the rescue. He’ll set things back to the way it’s supposed to be. So on day 1, he signs an executive order, one of 27, to cancel that damn Keystone XL pipeline. Oh and he’s also planning on decommissioning several more currently operating pipelines just in case canceling the Keystone XL doesn’t drive up gas and oil prices quickly enough. END_OF_DOCUMENT_TOKEN_TO_BE_REPLACED

Boy was I wrong. I was speaking to some friends just yesterday that I had heard the Bidden executive order cancelling the XL Pipeline project would put 11,000 people out of work.

Everyone was shocked by this. They couldn’t believe that a mere stroke of the president’s pen could wield such power as to just erase 11,000 jobs, just like that. And worse, it’s not that there was no remorse or regret over the decision kill that many jobs. It was the exact opposite. END_OF_DOCUMENT_TOKEN_TO_BE_REPLACED

Remember the Keystone XL Pipeline project? Remember what a cause célèbre it was for both the left and right? What the heck ever happened to it? Have you wondered that?

Well, in short it was killed pretty much for good, or at least the foreseeable future – both here in the USSA and now in Canada. As you are no doubt aware, it was Obama who, with the left in the federal and various state legislatures – and with some help from Choo-choo Warren Buffet who owns most of the rail cars now hauling crude down south, vetoed the pipeline. And don’t forget all the gobs of leftist activist money thrown at killing the project.

You may also recall that Canada threatened to build their own pipeline to their west coast and ship the oil to Asia if the U.S. did not acquiesce. That was when the “conservatives” ran Canada. But with the election of lefty socialist (like there’s another kind) Justin Trudeau in Canada, the entire XL project, above and below the border, was pronounced dead.

And that was the end of any talk of long distance oil pipelines. Or is it?

There is another long distance oil pipeline which will span 1,172 miles – from North Dakota’s famous Bakken and Three Forks oil production zones all the way to Pakota, Illinois. END_OF_DOCUMENT_TOKEN_TO_BE_REPLACED

The Bridger companies Poplar pipeline that runs through eastern Montana has been transporting oil from the Bakken shale formation since 2010.

Last weekend’s spill made headlines and the environmentalists are on the war path. The reports are that the spill in the Yellowstone River has caused an environmental disaster. Bottled water has been trucked in to surrounding communities due to “elevated volatile compounds” found in a sample taken at the Glendive Montana water treatment plant. END_OF_DOCUMENT_TOKEN_TO_BE_REPLACED

By all accounts, the Keystone XL Pipeline, the line that would transport oil from both Canada and the Bakken oil fields in North Dakota to Texas, is dead.

The Obama administration did a fine job dragging it’s feet, thereby effectively killing the project, or at least the major portion from Canada to Oklahoma.

However TransCanada did complete the southern portion of the pipeline that runs from Cushing, Oklahoma to Nederland, Texas. The company expects to complete a smaller pipeline that will transport oil from Nederland to refineries near Houston later this year.

AP reported that “the $2.3 billion pipeline from Cushing to Texas is the Gulf Coast — or southern portion — of TransCanada’s proposed Keystone XL pipeline. This shorter leg will begin transporting on average about 300,000 barrels of oil daily and should end the year at an average of about 520,000 barrels, Pourbaix said”.

So where does leave Canada and North Dakota?  The Washington Post wrote in April 2013: “If Keystone is rejected [which is was], the oil will just get transported via other pipelines or by rail. And if that’s true, well, there’s really no point in blocking Keystone, is there?” Good Point, and from the Washington Post. END_OF_DOCUMENT_TOKEN_TO_BE_REPLACED

I always thought President Obama’s style of speaking was similar to the way a parent talks when breaking difficult news to a child. He mollifies everything he says by talking around the truth with such artful vagueness that by the end, you’re not sure if he just told you, “Mommy and Daddy aren’t going to be living together anymore,” or, (actual excerpt from one of his speeches): “There are going to be some glitches. No doubt about it. There are going to be things where we say, you know what, we should have thought of that earlier. Or this would work a little bit better. Or this needs an adjustment. You will be able to…find occasions where you say, ah-ha, you know what, that could have been done a little bit better.”

Following his usual course of poorly parenting a young country in the depths of difficult times, Obama has mastered the art of elusively stringing us along with the oldest pacifying “promise” in the book: “We’ll see.

Environmentalist groups are training activists nationwide to conduct a mass civil disobedience campaign if the State Department recommends approval of the Keystone pipeline.

Three of those groups—CREDO Action, the Rainforest Action Network, and The Other 98%—say they have tens of thousands of supporters who have pledged to partake in the campaign.

“More than 69,000 people have pledged to risk arrest in acts of peaceful, dignified civil disobedience if the State Department issues a draft National Interest Determination (NID) that recommends approval of the Keystone XL pipeline,” CREDO Action said in a Friday email.

The pledge aims to “convince the White House that it will be politically unfeasible to go forward” with Keystone, according to a preface to the pledge on CREDO’s website.

“Our goal is not to get arrested,” CREDO says. “But if [President Barack Obama] shows clear signs he that he is preparing to approve it, we will be ready.”

“More than 750 people have signed up to lead local actions in their communities and attend the organizer trainings,” the organization wrote.

CREDO and others involved in the effort portray it as a grassroots push against Keystone. But pipeline supporters claim the environmentalist groups organizing the campaign are well-funded “astroturf” organizations.

“Organizers and trainers are all foundation-funded,” said Ron Arnold, executive vice president of the Center for the Defense of Free Enterprise and author of EcoTerror: The Violent Agenda to Save Nature.

The Keystone XL Pipeline is the oil pipeline that would carry oil from our friends in Canada down across several of our states to end up in Texas. It was first proposed in 2008.

Buffett’s nickname is the Oracle of Omaha. Omaha is in Nebraska, where resides the headquarters of Berkshire Hathaway; remember that.

Nebraska (with the administrations help) just happens to be the state that put the kybosh on the Keystone XL Pipeline. 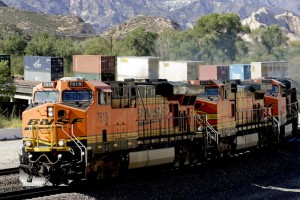 As it happens, Burlington Northern Santa Fe LLC, which, as previously stated, is owned by Warren Buffett’s company, Berkshire Hathaway Inc., handles 75 percent of all the oil currently shipped by rail out of North Dakota.

Oil producers in North Dakota had planned to hook into the XL pipeline.

Strange bedfellows: Always remember a liberal is a liberal first, regardless of whatever else he or she claims to be and will always side with other liberals. So when a spokesman for the Sierra Club admitted “there is no question that transporting oil by rail or truck is much more dangerous than a pipeline,” it should come as no surprise that the eco-fanatics sided with the President to kill the pipeline.

Enter Ben Nelson, the honorable Senator from Nebraska. (I told you to remember this: Obama hearts Buffett. Buffett= Nebraska = Nelson) 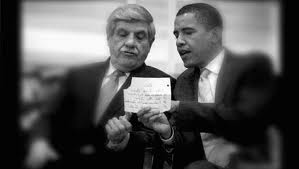 "So this is what will kill the Pipeline project"

So when it comes to the Keystone oil pipeline and Buffett’s Burlington Northern, all roads lead to Nebraska.

GBTV uncovered a not so startling connection between Berkshire Hathaway and Senator Ben Nelson, who voted against the Keystone XL and lobbied that it be re-routed to avoid Nebraska, effectively killing the project. Ironically, the Senator’s attempts to thwart the pipeline were done while he himself maintained his state would heartily welcome the jobs created from the Keystone project.

While Nelson’s position then seems counterintuitive, add to it the fact that he is heavily invested in Buffett’s Berkshire Hathaway. From 2007 to 2012 Nelson contributed $27,000 to the company itself and according to a recent financial disclosure statement from 2008,

he owned between $1.5 and $6 million of the company’s stock – his largest investment in any one company to date. (So by counterintuitive, I meant completely intuitive.)

It doesn’t end there, of course. Buffett’s Burlington Northern Santa Fe PAC in turn contributed $5,000 to Senator Nelson’s Nebraska Leadership PAC and Berkshire Hathaway employees have reportedly long supported the senator, contributing at least $75,550 to the Nebraska Democrat over the course of his political career according to the Center for Responsive Politics. Coincidence or quid pro quo? I vote…coincidence.

Not coincidentally, Senator Nelson penned an op-ed column on March 5, 2012 entitled “Behind Those High Gas Prices.” As you can imagine, the senator was quick to tell Nebraskans that the spike “has nothing to do with the Keystone Pipeline” and also “isn’t a result of domestic oil production.”

Now move along people; Nothing to see here.