As home to a waste-to-energy power plant topped by an artificial ski slope, while featuring running trails and a rooftop bar, the CopenHill facility in Denmark was already a particularly versatile space. Some finishing touches have now been added to the building facade that will add yet another activity to its repertoire, with the routes now complete on what is claimed to be the tallest climbing wall in the world. END_OF_DOCUMENT_TOKEN_TO_BE_REPLACED

No Bernie, Denmark is Not a Socialist Utopia

Socialist/communist presidential candidate Bernie Sanders loves to sing the praises of a small Scandinavian country, Denmark. It seems he has fallen out of love with his previous favorite countries, the Soviet Union and Cuba, which he “warmly praised” in the late 1980s.

After spurning the USSR, the country he spent his honeymoon in, shirtless, singing along drunkenly with his fellow communist comrades, he has moved on to northern Europe as representing his idea of utopia. END_OF_DOCUMENT_TOKEN_TO_BE_REPLACED

The left loves to trumpet the Nordic countries as socialist success stories. But as Dane, Otto Brons-

Petersen explains, they couldn’t be more wrong. In some ways Denmark is less socialist than is the United States. I like to call the Nordics, cuddly capitalist countries. They’re private sector is free market capitalism, but they pay very high taxes to maintain the socialist type safety nets.

But Petersen explains that as we in the U.S. march further toward socialism, Denmark is fast rejecting it, returning things like social security to the private sector.

Enjoy this episode of Prager University: Is Denmark Socialist? END_OF_DOCUMENT_TOKEN_TO_BE_REPLACED

The Danish government and greater Copenhagen mayors, working with Urban Power architecture and planning, have embarked on an ambitious scheme to create nine new islands off the coast of Copenhagen. The massive land reclamation project will provide new space for leisure and industry use, as well as a lot of energy production. END_OF_DOCUMENT_TOKEN_TO_BE_REPLACED

Danish archaeologists have re-opened a mass grave of scores of slaughtered Iron Age warriors to find new clues about their fate and the bloody practices of Germanic tribes on the edge of the Roman Empire. 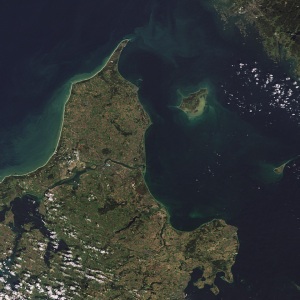 Bones of around 200 soldiers have already been found preserved in a peat bog near the village of Alken on Denmark’s Jutland peninsula.

Aarhus University archaeologist Mads Kahler Holst said: “I guess we will end up with a scale that is much larger than the 200 that we have at present.”

Speaking by phone from the site on damp grazing meadows near Jutland’s large lake of Mossoe, he added: “We have only touched upon a very small part of what we expect to be there … We have not seen anything like this before in Denmark, but it is quite extraordinary even in a European perspective.”

The first bones, belonging to people as young as 13, were discovered in 2009.

Cuts and slashes on the skeletons showed they had died violently, said Holst. But nothing was known for sure about the identity of the killers, or their victims. 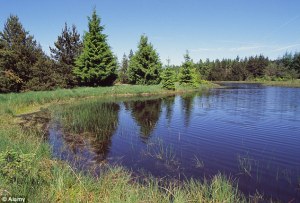 “That is one of the big mysteries … We don’t know if it is local or foreign – we would expect it to be local,” Holst said.

“We think it is a sacrifice related to warfare and probably the defeated soldiers were killed and thrown into the lake,” he said.

The remains are from the beginning of the Roman Iron Age, though Roman armies never reached so far north.

“It was the time when the Roman Empire had its greatest expansion to the north,” Holst said. But even that push only got the Romans as far as modern day Germany, a few hundred kilometers to the

south of the Danish site.

“This conflict could have been a consequence of the Roman expansion, its effect on the Germanic world,” Holst said.

He said the discovery could shed new light on what happened in those centuries beyond the borders of the Roman Empire.

“It will also tell about what level of military organization existed in this northern European area,” he said.

Similar discoveries of sacrificed warriors from a few hundred years earlier have been made at Celtic sites in France, Holst said. 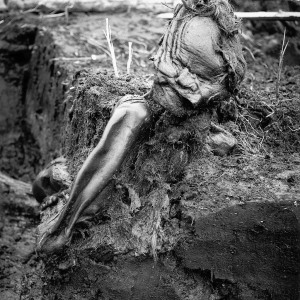 The remains are so well-preserved that experts will be able to analyze their DNA – a rare achievement in remains so old, said Ejvind Hertz, curator of archaeology at Skanderborg Museum.

“Preliminary DNA tests have been carried out at a laboratory on six teeth and two femur bones. There was not much in the femurs but there was in the teeth – teeth are good at preserving DNA,” Hertz said.

The DNA of people who lived at that time would not normally differ from the DNA of today’s Scandinavians. If differences are found, it could point to a foreign army from southern Europe, Hertz said.

The United States Navy, the world’s largest single user of marine fuels, burns around 40 million barrels of oil a year. It is busy trying to find a replacement for the dirty, 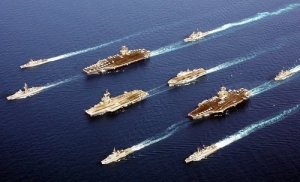 planet killing substance and has pledged to cut 50% of its conventional oil use a year by 2020.

Maybe they should install windmills on every ship, or replace the aircraft carriers flight decks with solar panels.

While both of my suggestions hold merit, the Department of the Navy is instead experimenting with algae oil as a way to wean itself from petroleum. 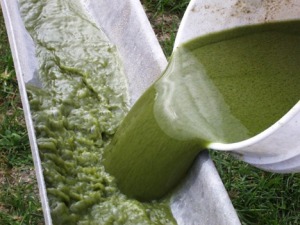 Drilling for our own oil is evidently out of the question.

It seems our military has not only become a great social experiment but has also become the next laboratory for the green movement.

Industry reports claim that unlike early biofuels, which made transport fuel from food crops, the new “second generation” process uses only plant (crop) waste and does not displace foods which could be fed to people. Nevertheless, immense amounts of feedstock (nutrients) would be needed to produce the algae oil to power the world’s ships.

Maersk, the worlds largest shipping line, estimates it would take the crop waste (feedstock) of an area half the size of Denmark to completely power its ships. 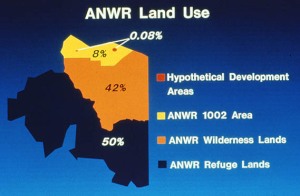 Unfortunately crop waste or “residue” is not just waste. It is already being utilized as livestock feed & fertilizer. Thus the name, “feedstock”. So, instead of diverting a primary food source like corn, we deplete a secondary source.

Either way, the cost of food goes up. Hooray for more starving people!

Speaking of cost, in October 2010, the US Navy purchased 20 thousand gallons of algae biofuel for a single Naval ship trial.

Jackalyne Pfannenstiel, assistant secretary of the Navy for energy, speaking at the Point Loma Naval Base pier proclaimed, “ This event marks a major milestone in our progress toward a great green fleet”.

How much did they pay for this major milestone, you might ask? Only $424 a gallon. Crack the Champagne!

The cost has apparently come down though. Couldn’t be due to the Navy, the U.S. Energy and Agriculture departments investing $170 million each to fund biofuel development.

By the way, that 20,000 gallons of green crude was supplied by Solazyme, a San Francisco-based biofuel company. 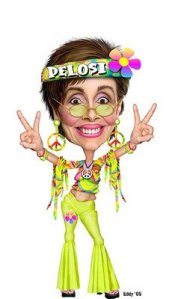 So, I guess mankind has developed yet another “viable”, cost efficient alternative to the dreaded hydrocarbon.

What’s next, The Matrix?