Well gee. Now that the left doesn’t have president Trump to kick around, vilify and lie about everyday, they have to quickly segue into the next man up.

And who better than one the most successful and high profile governors in the nation – Florida Governor Ron DeSantis. And as is there usual M.O., the despicable main stream media goes about doctoring and selectively editing their 60 Minutes piece on the salacious, and provably false claim that DeSantis effectively ran a ‘pay-for-play’ scheme to administer the Covid vaccine. END_OF_DOCUMENT_TOKEN_TO_BE_REPLACED

I discuss a recent Daily Wire article entitled, “No, Requiring ID To Vote Is Not Like Jim Crow.”

It’s about Georgia Governor Brian Kemp’s signing of the Election Integrity Act of 2021. Somehow it’s a racist bill, because it requires people to prove, through the use of a photo I.D., who they actually are. Imagine that!

And to today’s democrat hacks, the Act is akin to the new Jim Crow. END_OF_DOCUMENT_TOKEN_TO_BE_REPLACED

There are a couple of sayings (at least) that are oft repeated, but bear repeating yet again. No matter how “woke” you think you are, you will never be woke enough, and, leftists will always invent something to fight against – they must always have an antagonist boogeymen.

And the following article from Daily Wire / Conservative Review proves both points once again.

It’s not bad enough that some retail outlets like Target began the policy of men dressed as women being able to use the ladies/girls in-store restrooms and changing rooms. No, now, in California, legislation has been proposed that not only forces retailers to designate “gender-free” shopping areas for children – toys, clothes, etc. – but proposes fining those non-conforming retailers.

Is it wrong to pray that California breaks off from the other contiguous 47 and floats out into the Pacific? END_OF_DOCUMENT_TOKEN_TO_BE_REPLACED

Critics Slam Biden Over Report He Is Considering Travel Restrictions Against Florida, Other States

Let’s not get our hopes up that a judge has been found in L.A. county that is actually sympathetic to the private sector and the Bill of Rights.

While it begins promising, keep in mind that the judge may still set public “safety” ahead of God-Given rights as spelled out in our, and his Constitution, which he swore to uphold.

On Wednesday, a judge instructed attorneys representing the Los Angeles County Department of Public Health to return to court next week with medical evidence to justify a three-week ban on outdoor dining that many restaurant owners say could put them out of business. END_OF_DOCUMENT_TOKEN_TO_BE_REPLACED

In years gone by, I and other like-minded constitutionalists just sucked it up and made the best of the duly-elected president. Yep, we didn’t like Obama. he was bad for America, but he won the election twice, fair and square. END_OF_DOCUMENT_TOKEN_TO_BE_REPLACED 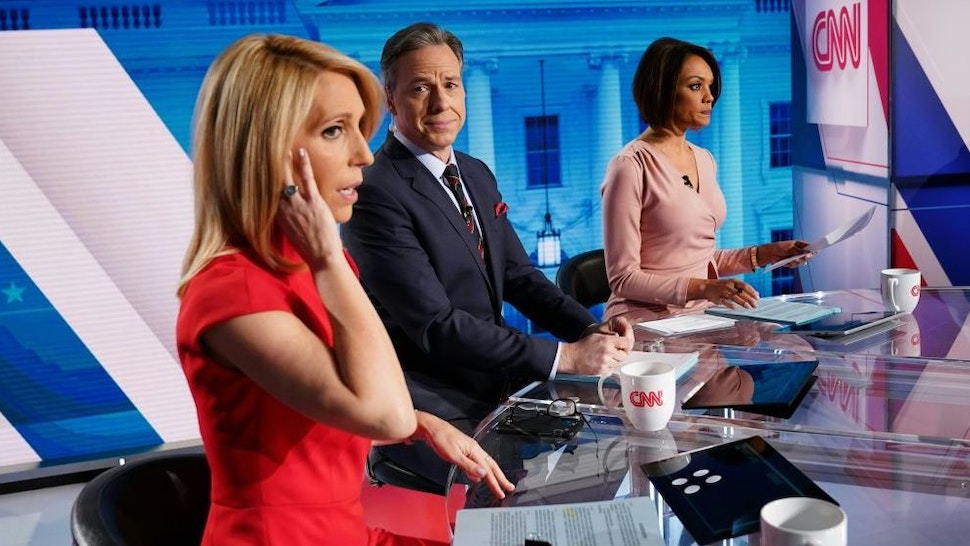 On Tuesday, CNN anchor Dana Bash applauded President Donald Trump on his handling of the China-originated novel coronavirus (COVID-19) outbreak, praising Trump as the “kind of leader that people need” in this time of crisis. END_OF_DOCUMENT_TOKEN_TO_BE_REPLACED

It’s beginning to look like the Washington D.C. swamp may be undrainable. Despite president Trump’s best efforts, at least so far, the D.C. swamp is

still alive and up to no good.

But it’s one thing to try to push for more giveaway programs, or bring in more illegals. It’s quite another to directly fund terrorism.

In October, the Trump administration handed out $100,000 of taxpayer dollars to the terror-tied Council on American-Islamic Relations (CAIR), the Middle East Forum has found. END_OF_DOCUMENT_TOKEN_TO_BE_REPLACED

You may think there are two genders, male and female. After all, there are just two bathrooms and just two choices on official forms.

The British Broadcasting Corporation (BBC) has released a series of educational videos targeting school children aged 9-12. In the series, the network instructs kids that there are more than 100 “gender identities.” People who disagree with that, the BBC tells children, “just don’t know any better yet” — and could go to jail. END_OF_DOCUMENT_TOKEN_TO_BE_REPLACED

You just can’t make this stuff up.

What did we predict would happen to these gun-grapper countries? That’s right. After they confiscated everyone’s gun, I’m sure they figured, “Problem Solved” – cause guns kill and injure people – not the people themselves.

And we said that after they’re finished with the guns, they’ll find out that if a lunatic wants to harm or kill someone, he or she will find something other than a gun to get the job done. Maybe a knife, machete, scissors, a vehicle – who knows.

Well the Brits found out that apparently the knife is the next best choice.  So the lefty virtue signalers in charge have begun a Twitter campaign called #knifefree. Yeah, that will solve the problem. Jolly Good!!

And as you read this, don’t discount what these leftists evidently missed – the oh-so obvious racial component.

Britain has now resorted to printing warnings about the dangers of knife crimes on takeout fried chicken boxes.