Tweet
Michael Jordan has sold the two most valuable pairs of sneakers (indeed, ANY footwear) in history in the last three months and seems likely to own the top four prices ever inside the next two weeks.
Gottahaverockandroll.com / Sothebys.com / Christies.com

Michael Jordan was unquestionably a once in a lifetime athlete. His outrageous gravity-defying achievements on the basketball court helped him rewrite the rules of athletic merchandise and now he is creating his own new reality on the auction block. END_OF_DOCUMENT_TOKEN_TO_BE_REPLACED

Packs of cigarettes are not the first place  people today would look for health and safety tips.

But as these cards show, smokers were given  bizarre lifehacks when they lit up.

Among the tips contained in the cartons are  practical pieces of advice that are still useful today, such as lighting a match  in the wind or removing splinters. 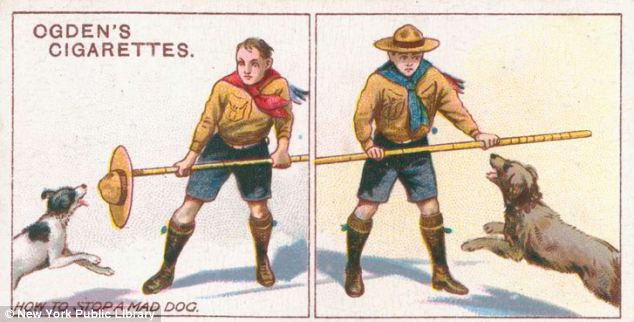 The Ogden Cigarette card advises people to  use a ‘scout’s staff, a walking stick or even a handkerchief or hat’ to distract  the rabid dog to make time to give it a ‘disabling kick’ 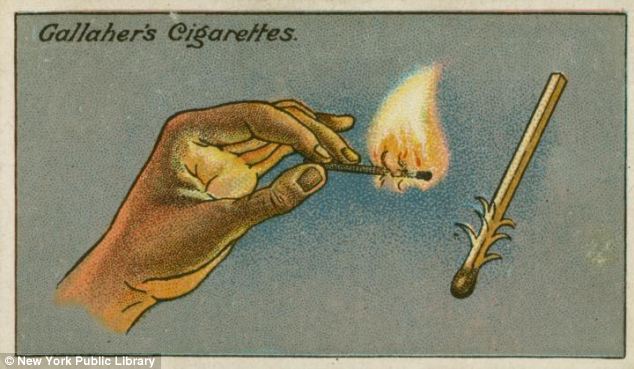 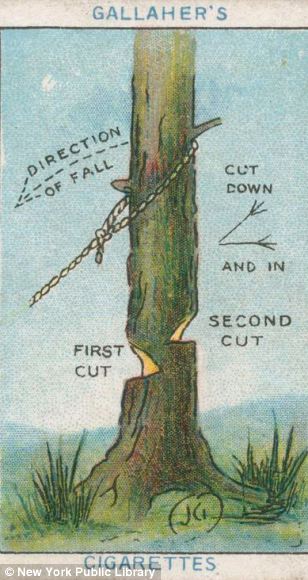 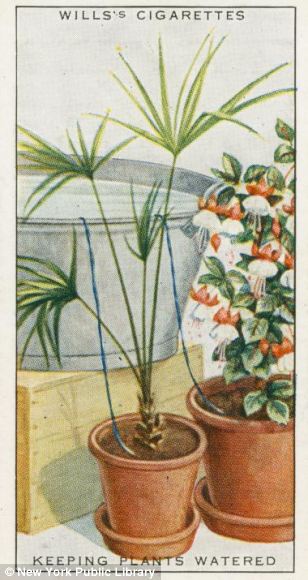 For those who need advice on chopping down  trees from a cigarette card, Gallaher’s gives a diagram on how to do so (above)  and A tip for people wanting to survive while they go on holiday (below) involves  plaiting wool and leaving one end in a pail of water and the other in the soil

However, other nuggets are less likely to  resonate with people today.

They include advice on how to battle a mad dog, rescue someone  who has touched a ‘live  wire’ and chop down tree.

These ‘How-To’ series were published by  Gallaher Ltd of Belfast and London and Ogden’s Branch of the Imperial Tobacco Co  in the 1910s.

Hints for customers include using the end of  a pole or a ‘Scout’s staff’ to distract a rabid dog and give someone enough time  to launch a ‘disabling kick’.

Smokers could also turn to the cigarette card  for information on how to cut down a tree and rescuing someone who has touched a  ‘live wire’.

The card advises people to stand on glass or  dry wood and not to touch them with bare hands before calling for a doctor. 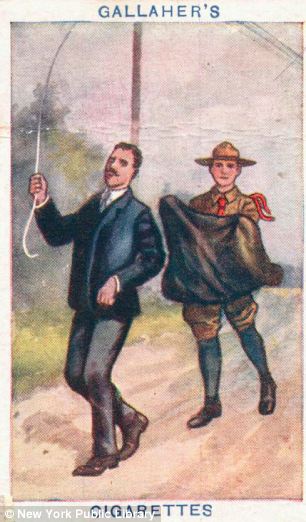 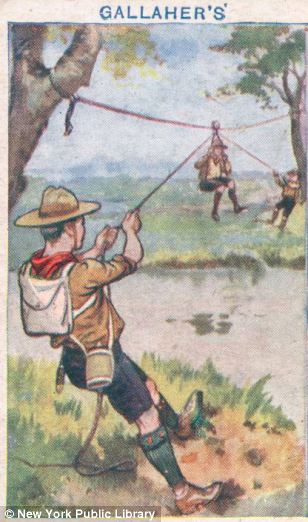 To rescue someone who has touched a ‘live  wire’, (above) Gallaher’s wisely advises people not to touch them unless they are  wearing rubber gloves but to stand on ‘glass or dry wood’ and try to switch off  the current until the doctor arrives, while adventurous types should get ‘a boy’  to swim a tree-tied rope (below) to the other side of a river and then ‘fasten a seat to  a running loop or a block pulley’ to pass poor swimmers over water 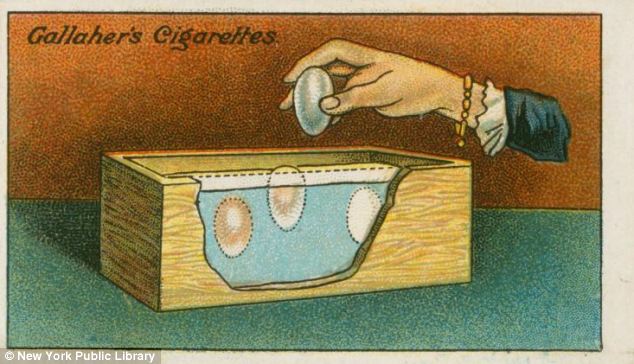 Other tips were for everyday concerns.

Before the electric refrigerator became  common, Gallaher’s Cigarettes told smokers to preserve eggs by burying them in  dry salt.

Annoying splinters could also be removed by  steaming the flesh over hot water.

The perennial problem of lighting a match in  the wind is also solved for card holders.

They are advised to cut thin shavings towards  the striking end to help the flame catch.

The first cigarette cards were put in cartons  to stiffen the packaging and then began depicting actresses,  baseball plays and  Indian chiefs in the 1870s.

After UK company WD & HO Wills  started  including advertising on their cards about ten years later,  other companies  followed suit.

The likes of Ogdens and Gallaher’s grouped  related cards and they soon became collectables. 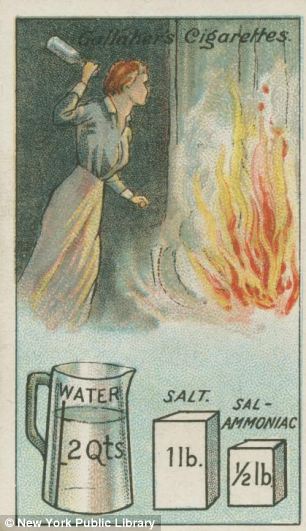 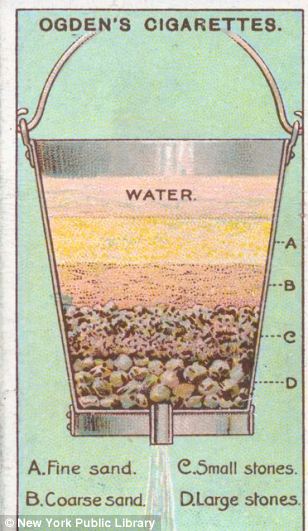 Gallaher’s  says mixing water,  sal-ammoniac and salt makes a ready-to-use fire  extinguisher. They said  throwing bottles into the flames (above) should help and ‘any  serious outbreak  will probably be averted.’ For a ‘most handy and efficacious  filter’  drop water through a bucket filled (below) with layers of sand and  stones 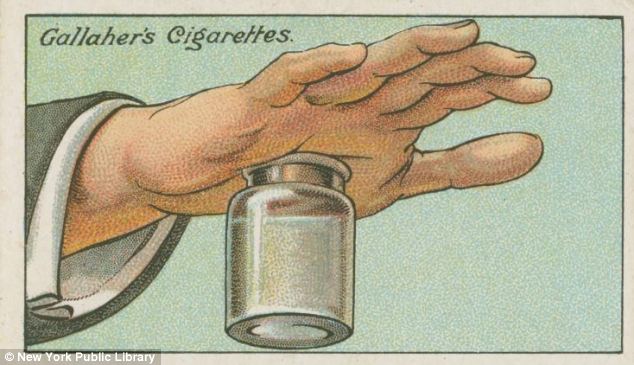 Gallaher’s says to remove a splinter  press your hand on a bottle filled with hot water. ‘The suction will pull down  the flesh, and steam will soon draw out the splinter’
Attribution: Becky Evans, Mail Online