A vintage photograph of two Gatsby era girls on wooden treadmills shows just how far exercise equipment has progressed since the 1920s.

The photo, shared by aReddituser, reveals two rudimentary running devices that are little more than wooden slats fixed on two wheels with a frame to hold on to.

The user would operate the treadmill by pushing the rickety slats along with their feet. 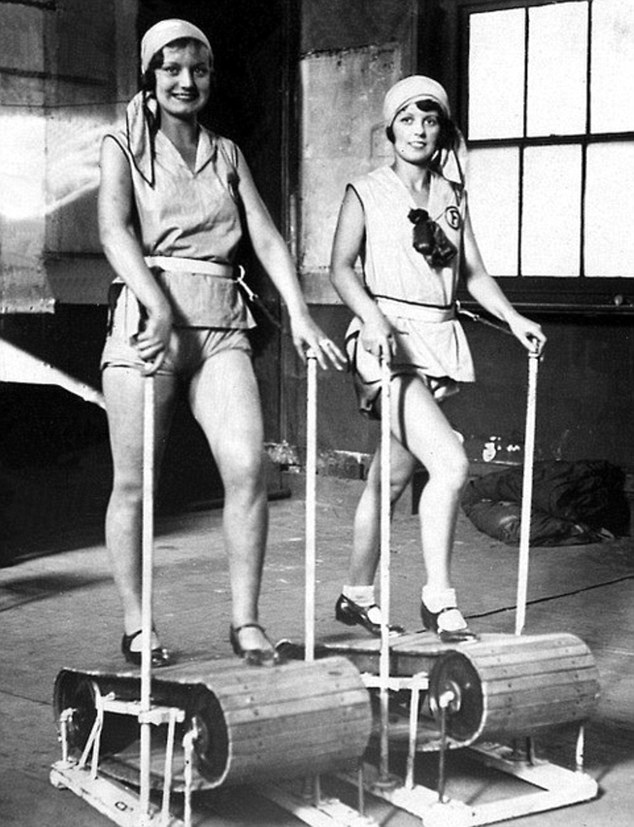 There is nothing hi-tech about 1920s workout clothing either. With Lycra decades away from being invented (Lycra is a brand name of Spandex, invented in 1959), there was no stretch gymwear to rely on.

Exercise clothing of the era was either a cotton singlet with shorts or, going back a few more decades to the Victorian era of the late 1800s, the smart tailoring that would have been worn as day to day dress.

Exercise carried out in a gym during the decades from the late Victorian times up to the 1930s was very much a wealthy person’s pursuit too.

The working classes would have got their exercise cleaning, carrying out chores and walking or cycling to work.

It was the upper classes and those with money and time to spare who looked to dedicated gymnasiums or specialised equipment to help them stay in shape. 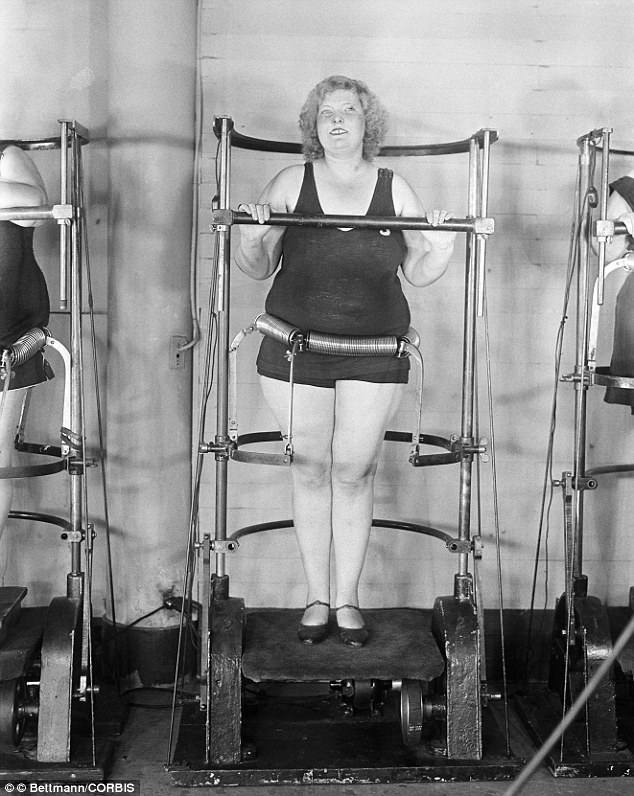 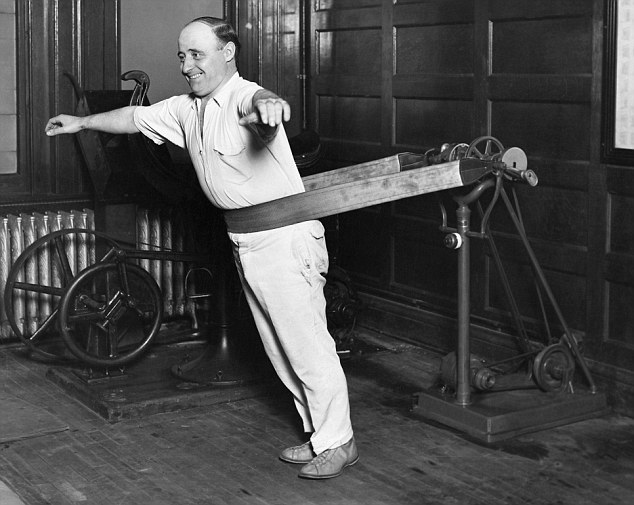 In 1927 businessmen of Chicago adopted a mechanical machine similar to that said to be used by President Coolidge in his daily exercise regime. The vibrating machines had a belt attached to which it was claimed gave relief to stiff joints as well as busting fat 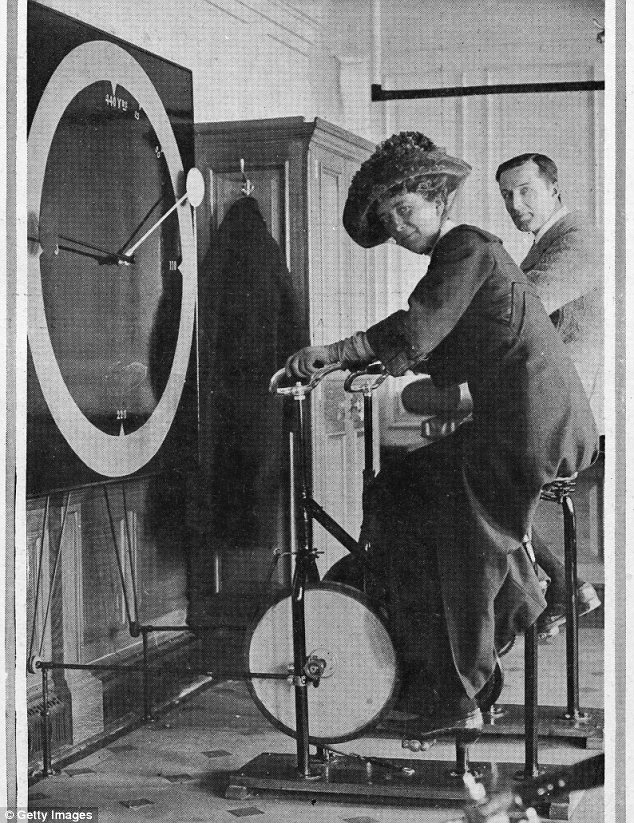 Passengers of the doomed Titanic, which sunk in 1912, on exercise bikes in the boat’s gymnasium wearing their extravagant cruise outfits 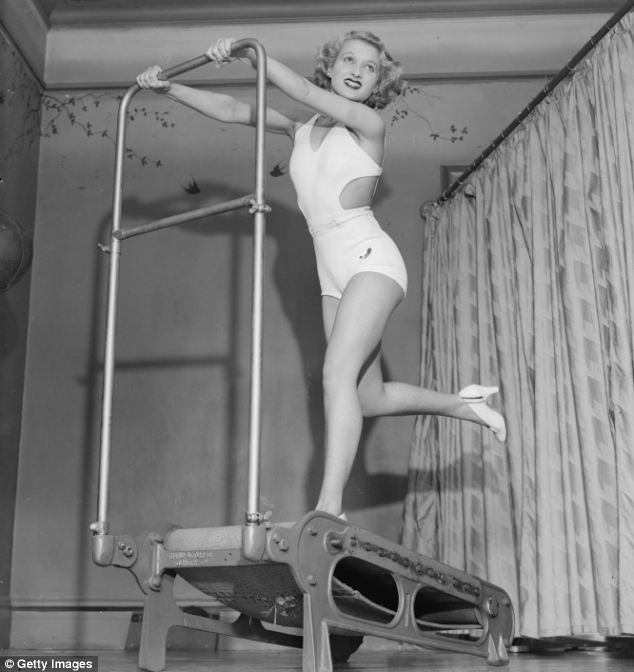 By 1934, treadmills had come a long way. Gone were the wooden slats, replaced by a durable fabric. Still no running shoes though… 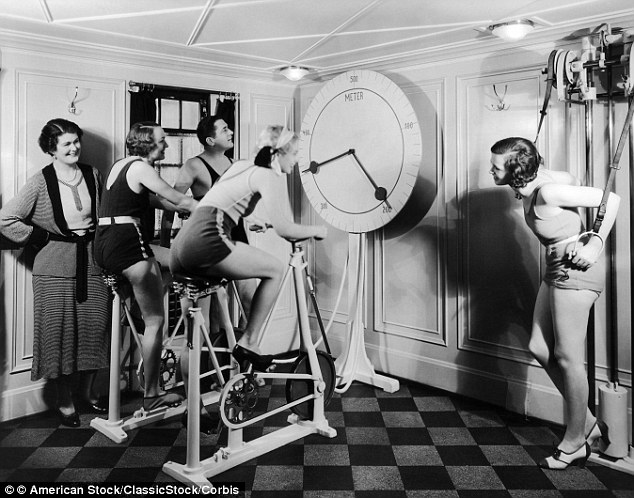 Great Gatsby! More Twenties era exercise bikes – this time with a meter attached that measures input. Note the lady to the right of the photograph wearing heels and hot pants 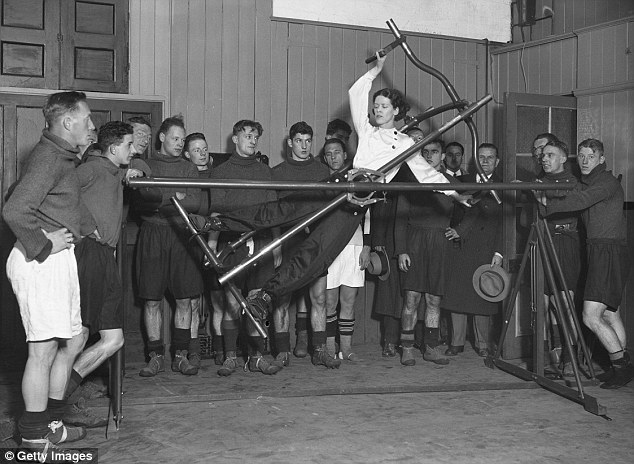 That thing looks dangerous! A woman demonstrating an exercise machine, known as the Gymo Frame, to members of the Arsenal soccer team at Highbury football ground in London, UK, in 1932 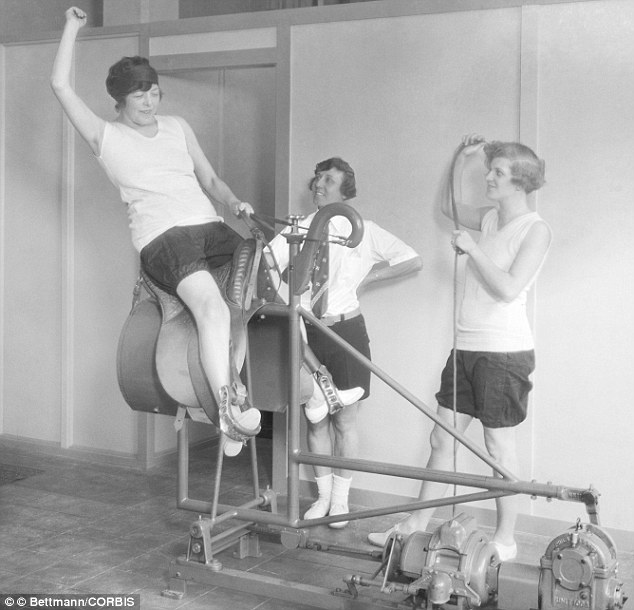 A 1928 bucking bronco used as part of an exercise class held by American Olympic squad coach Aileen Allen in Pasadena, California, for fashionable ladies from the Huntington gym 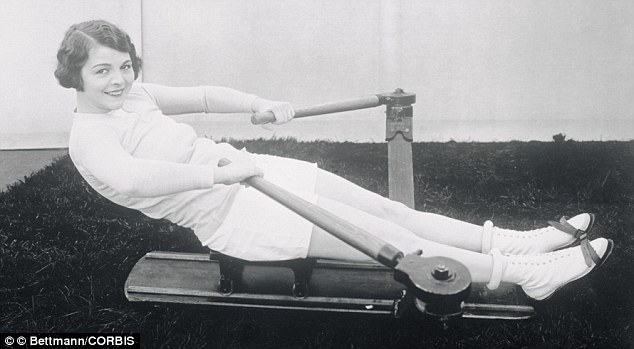 ‘20 minutes every morning’: Actress Helene Chadwick pictured in 1925 demonstrating how she kept her trim figure 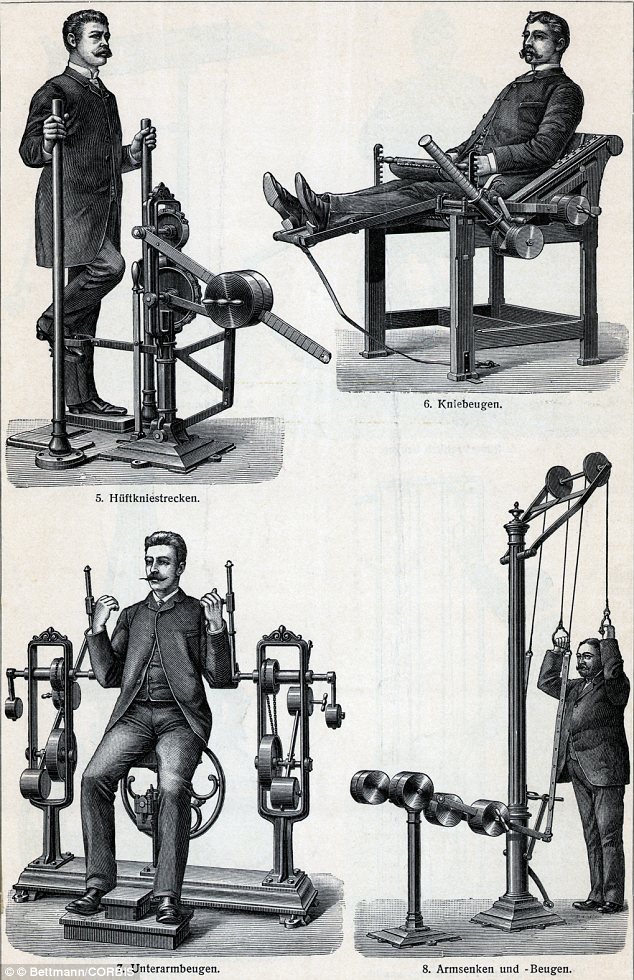 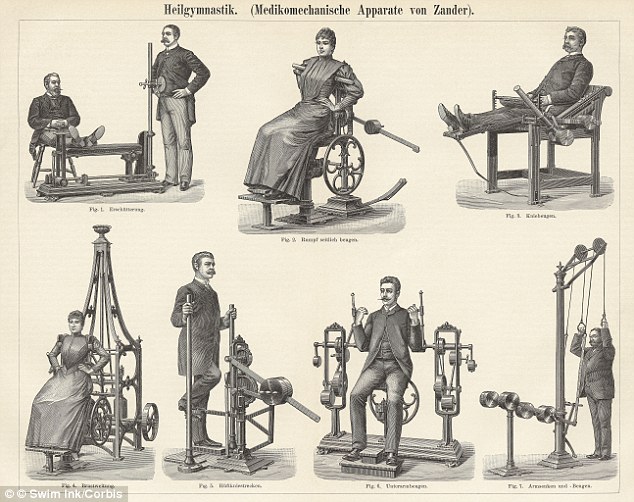