A developer wants the city of Detroit to sell an island that is now a city park to a group of buyers looking to transform it into a new nation.

Rodney Lockwood, a developer from Bingham  Farms, a village of 1,100 people about a half-hour from Detroit, is pushing for  the city to sell the 982-acre Belle Isle for $1 billion to a group of investors  who ‘believe in individual freedom, liberty and free markets,’ according to a  website set up by proponents of the concept, commonwealthofbelleisle.com.

During the next three decades, the buyers  would establish a ‘remarkable new nation’ of 35,000 people using private money,  transforming the island into a quasi-autonomous state with its own government,  currency and system of taxation. The large sum paid for Belle Isle would be used to train Detroiters to fill the huge need for construction workers on Belle Isle.

There would be no personal or corporate  income tax in this business-friendly utopia. 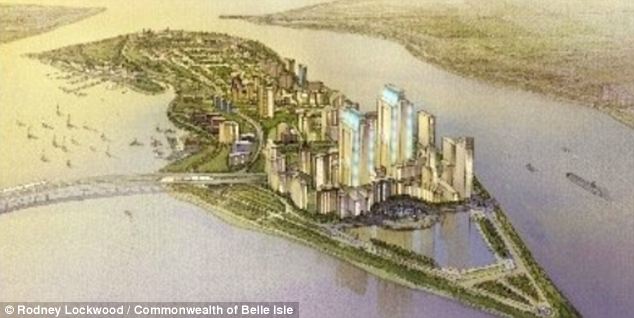 This is what Belle Isle could look like in 30 years, if  a group of investors purchases it for $1 billion and realizes their vision of  turning the island in the Detroit River into a new U.S. commonwealth

Developer Rodney Lockwood says the economic effects of  his plans for Belle Isle, the largest island city park in the United States,  could restore Detroit to its glory days

Most people would buy citizenship to Belle  Isle at a cost of $300,000. Twenty percent of the population would be exempt  from paying the fee, allowing for some socioeconomic diversity.

All citizens would be mandated to have good  credit, no criminal background and command of the English language, according  to The Detroit News.

Supporters forecast that a privately  owned  Belle Isle would rival Singapore ‘as an economic miracle,’  generating ‘billions  of dollars in desperately needed economic growth’  and becoming ‘a social  laboratory for the western world’ — an  experiment in small  government. 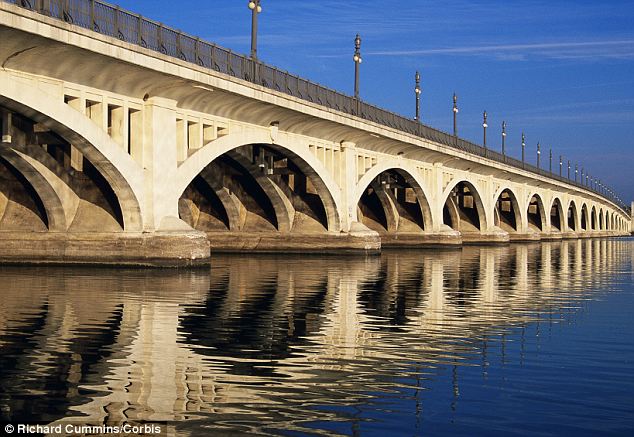 The Douglas MacArthur Bridge connects Detroit to Belle  Isle, which developers want to buy and turn into a new city-state. 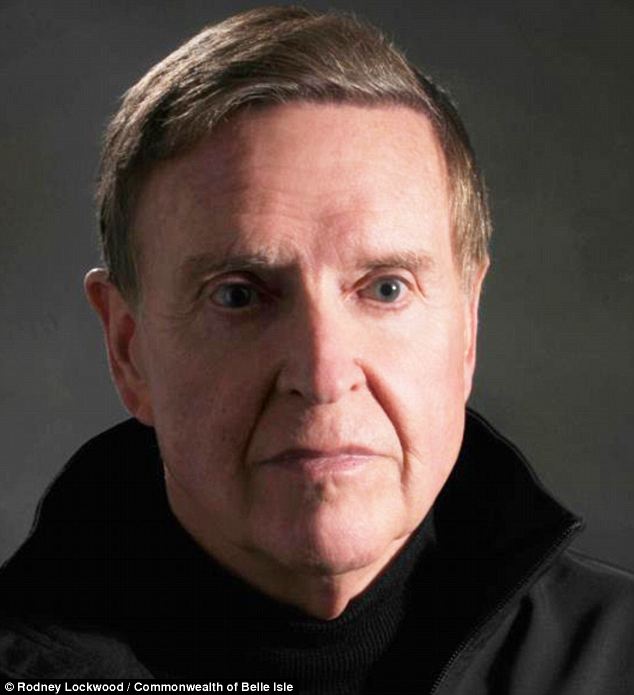 The construction jobs produced by the massive  undertaking and its other economic benefits would restore Detroit ‘to its former  glory,’ backers claim.

While the Commonwealth of Belle Isle has  prominent supporters, including the retired president of Chrysler, Hal  Sperlich, it will probably be struck down by Detroit municipal  officials,  according to news reports.

Lockwood even acknowledges that the  concept  is unlikely to be approved, while George Jackson, president and  CEO of the  Detroit Economic Growth Corp., was quoted as saying the idea  won’t  advance. 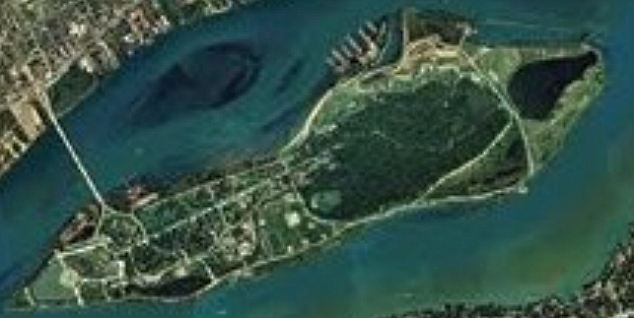 Belle Isle, a Detroit park, could become a U.S.  commonwealth where the citizens all have good credit and no criminal history, if  a group of investors is allowed to buy it

City Council members were unhappy with the  deal, which would have granted a 30-year lease of the island to the Department  of Natural Resources, saying it lacked specifics and wouldn’t provide jobs and  contracts to the people of Detroit.

The agreement called for the new state to fund  renovations and operations of Belle Isle instead of paying rent which the brokers of the deal said would save the city $6 million a year. The state wants  the City Council to revisit the issue in 2013.