‘Plastic-looking’ computer-generated  characters in films and video games could soon be a thing of the past, thanks to  a new high-definition animation technique.

The results will be so lifelike that  audiences will be able to see individual skin cells and hair follicles on  animated characters played by real-life actors.

Researchers, whose previous methods were used  in the 2009 film Avatar, now say that they can scan patches on skin on a human  face in such high resolution that every blemish, line or change in colour for  different facial expressions can be captured on screen. 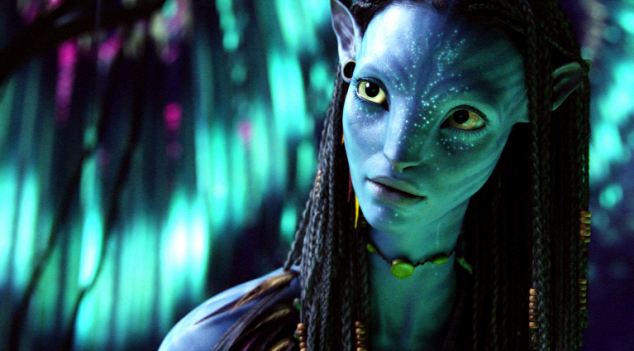 Teams from the University of Southern  California and Imperial College London have developed a way of scanning  centimeter-square patches of skin all over the face at a resolution of 10  micrometers.

It means that just one skin cell covers three  pixels on screen, reports the Times.

The patches are then mapped on to the 3D  model of the actor, which has been created by the actor wearing motion sensors  as they perform.

The scanning, which takes place in a  laboratory, can also pick up the light that penetrates the surface of the skin  and how it reacts to different types of light.

Professor Paul Debevec, of the graphics  research team at USC, told the newspaper: ‘The bumpiness of the surface of the  skin, at the micron scale, actually affects how light reflects off the  surface.

‘That’s what makes it look healthy or oily or  pasty or chalky. It makes someone look like a human being made out of organic  material and not like a computer-generated zombie.’

The new technique will make it cheaper and  easier to add things such as spots, wrinkles and moles to the CGI faces, the  Times reports.

It cost £150million to carry out the  time-consuming work on Avatar, directed by James Cameron, which was 60 per cent  computer-generated.

The cast, which included Zoe Saldana,  Sigourney Weaver and Sam Worthington, performed their roles with motion sensors  attached to their bodies and faces and were then transformed by digital  animators into the blue-skinned Na’vi. 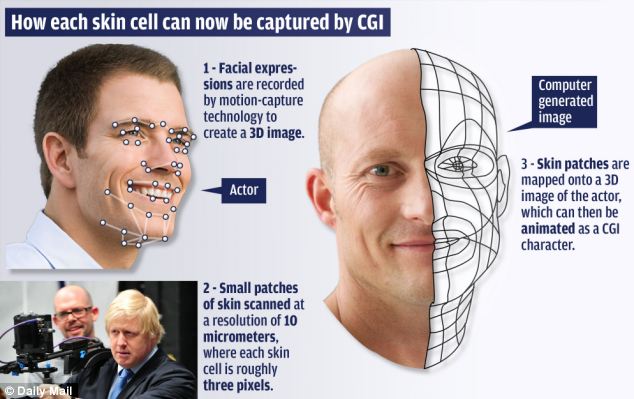 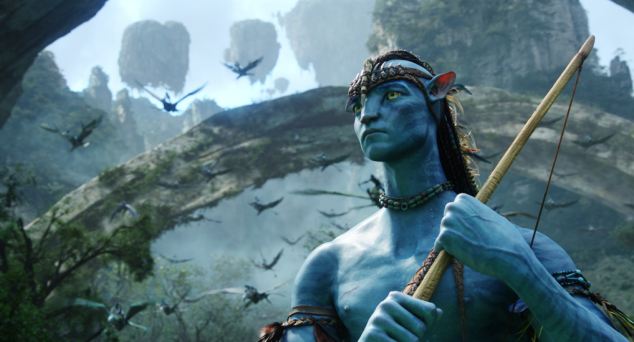 Characters created by computers, such as the Na’vi in  Avatar, will no longer be so ‘plastic-looking’

Video games developers at Activision have  already come up with an algorithm that mimics the new scanner to speed up and  reduce the cost of the process.

Dr Abhijeet Ghosh, of the computing  department at Imperial, has since worked with cosmetics firm Avon to see if the  scanning facial technique could be used to analyze how skin reacts to  make-up.

He told the Times that the detail involved in  the technology could be used by medics and dermatologists, as well as shoppers  wanting to find out how different shades of foundation will suit their  skin.