A graphic thermal image of a T. rex with its dorsotemporal fenestra glowing on the skull
Brian Engh

Thermal images of alligators taken by a team of scientists led by Casey Holliday, a professor of anatomy at the University of Missouri School of Medicine, suggest that the Tyrannosaurus rex may have had blood vessels in its skull that helped the giant predator to regulate its body temperature – in other words, a biological air conditioner.

One of the most iconic dinosaurs, the T. rex lived during the Cretaceous Period about 68 to 66 million years ago. Measuring up to 12.3 m (40 ft) long and weighing in at up to 14 tonnes, it has fascinated everyone from paleontologists to school children ever since the first skeleton was discovered in 1900 and has been the subject of many studies seeking to learn more about its anatomy, physiology, and habits.

However, despite over a century of work, the T. rex still has many mysteries clutched in its tiny forelegs. One of these is how it regulated its body temperature. Up until the 1960s, the Tyrannosaurus was assumed, because it was a reptile, to be cold-blooded. But some scientists saw evidence indicating that the T. rex, and other dinosaurs, may have actually been warm-blooded. 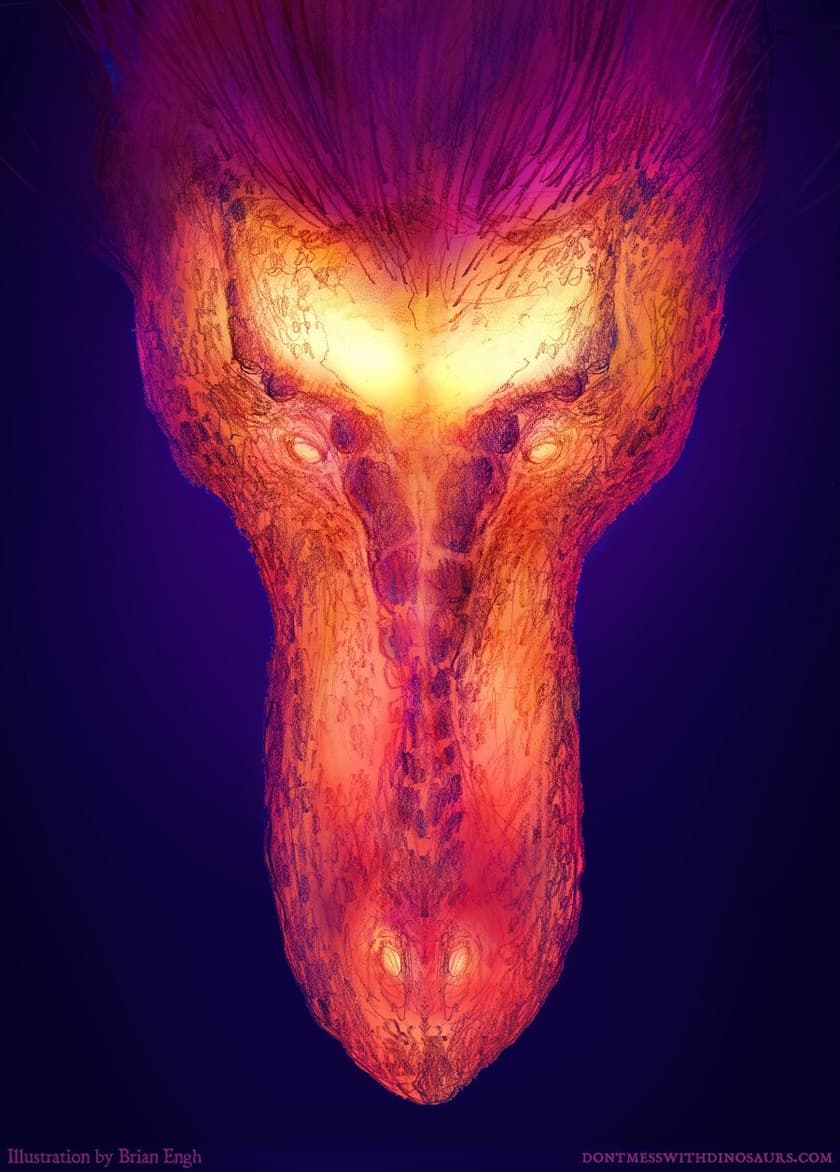