Injecting white blood cells with a special protein transforms them in to ‘super natural killer cells’, that can wipe out cancer, experts have revealed.

The specially engineered cells have the ability to seek out diseased cells in lymph nodes, with one purpose: destroy them.

The breakthrough by biomedical scientists at Cornell University, could stop the disease in its tracks, by preventing it from spreading.

‘We want to see lymph node metastasis become a thing of the past,’ said Michael King, the Daljit S, and Elaine Sarkaria, professor of biomedical engineering and senior author of the paper. 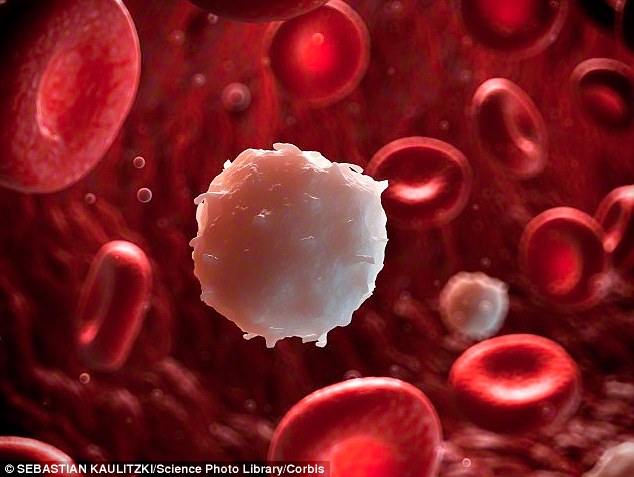 Scientists at Cornell University have found that by injected liposomes, a type of white blood cell, with a specific protein known as TRAIL, they turn into ‘super natural killer cells’, which hunt out cancer cells causing them to self-destruct and disintegrate

For cancer tumour cells, the lymph nodes are a key staging area, playing a crucial role in advancing metastasis throughout the body.