A deceptively simple children’s brainteaser is sweeping the internet as adults struggle to work out the correct answer.

The perplexing puzzle, based around a basic mathematical equation using a range of fruits, asks you to decipher which number each fruit symbolises, similar to algebra, then work out the total.

But the apples, bananas and coconuts appear to be leaving adults completely flummoxed. 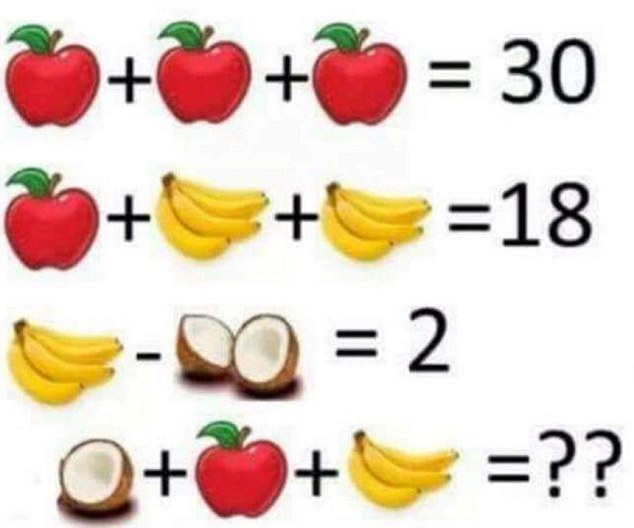 It is not clear where the puzzle originated from, but it has been circulating since December and has now resurfaced as Facebook users are still no closer to agreeing on an answer.

The first sum shows that three apples added together amounts to 30, suggesting that one apple is equal to the number 10.

On the second line, it states that one apple (10) plus two bunches of bananas equals 18, which seems to imply that each bunch of bananas is equal to 4.