Who said don’t play with your food?

Most people are taught from a young age not  to play with their food but one woman has turned the habit into art.

Vanessa Dualib, 32, has spent four years crafting a range of animals out of various vegetables and fruits in her Sao Paulo studio in Brazil.

They include a friendly elephant carved out of potatoes and a red snake shaped out of a chillies. 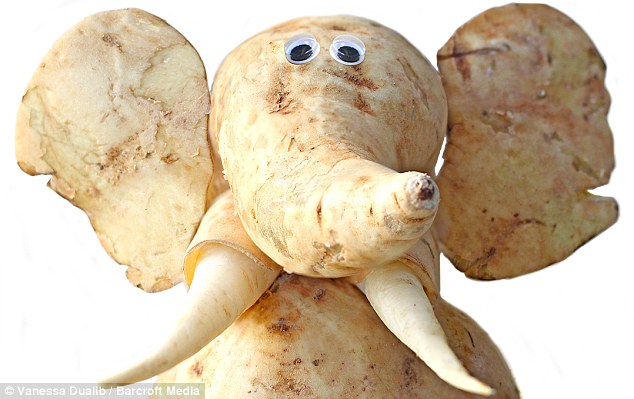 An elephant has been carved out of potatoes by  artist Vanessa Dualib at her studio in Sao Paulo, Brazil 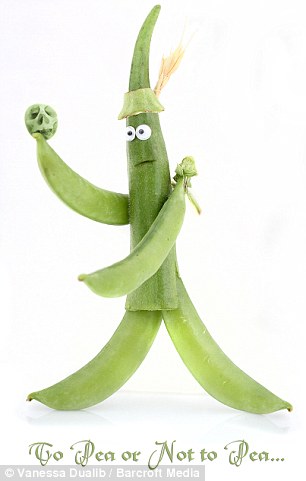 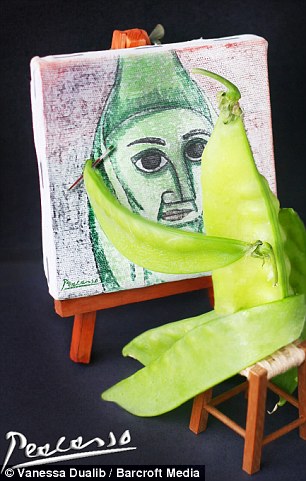 A Shakespearean actor has been crafted out of pea pods and okra, pictured above, while artist ‘peacasso’  sits down to paint a peatrait, pictured below 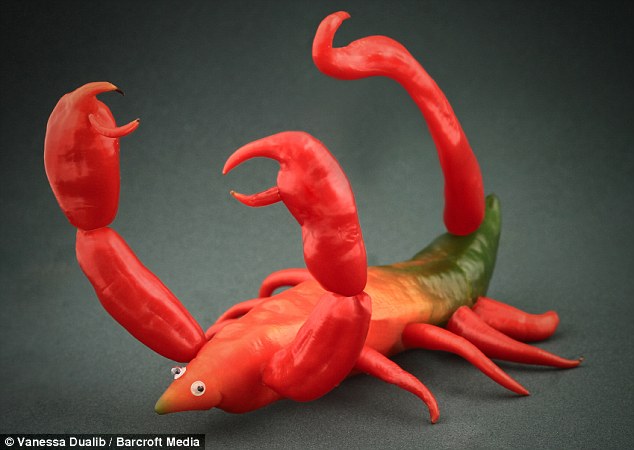 Other creations are a killer whale made from aubergine, fish crafted from pineapple and a pepper scorpion.

Vanessa, a photographer, has made over 120 images to date, with the project still ongoing.

She said: ‘I see a fruit or vegetable that reminds me of an animal.

‘After that I carve some of the details, add  the googly eyes and take the shot. 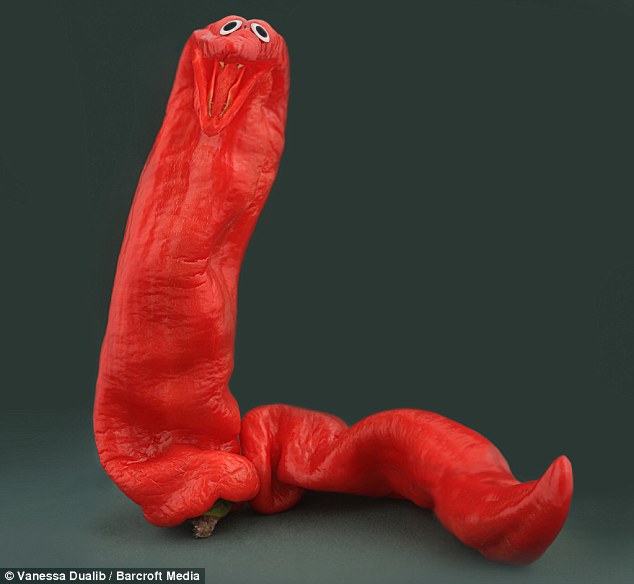 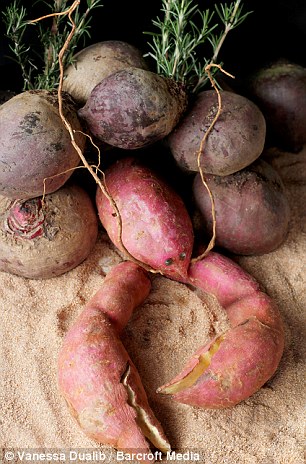 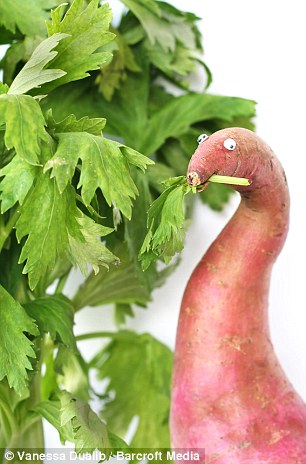 A red lobster made from sweet  potatoes looks at home on a vegetable sea bed, pictured top, while a monster  has been carved out of a root vegetable, pictured bottom 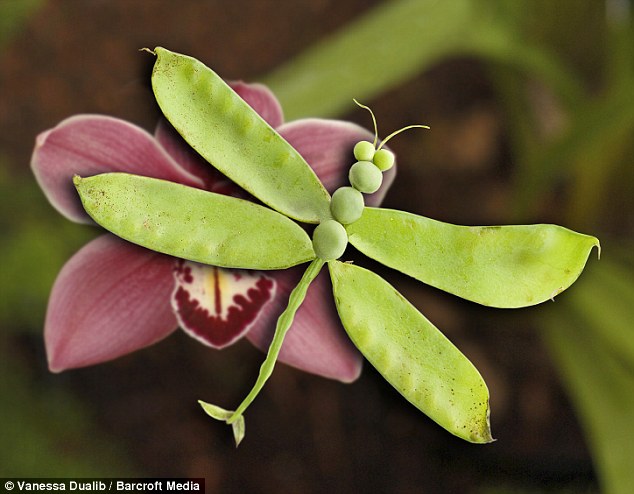 A dragonfly made out of peas and mange tout by artist Vanessa Dualib in Sao Paulo, Brazil 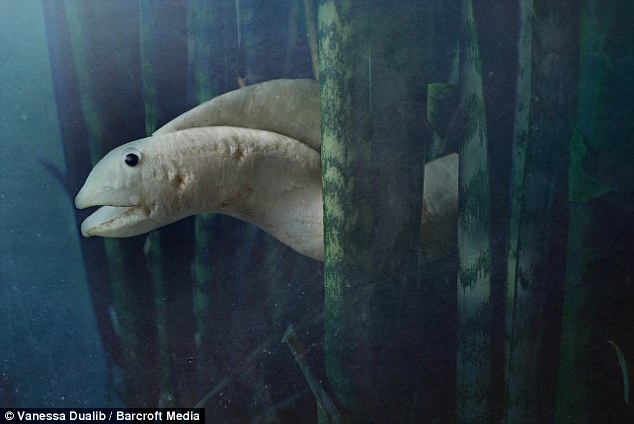 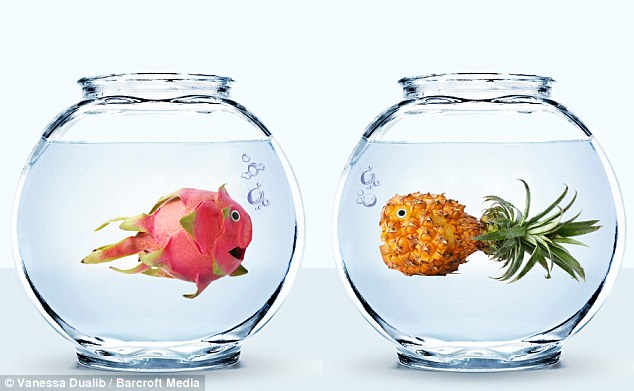 ‘My proposal is always to try to  challenge the perception of whoever is looking at my creations’, Vanessa Dualib  says

‘I then sometimes create a backdrop scene in Photoshop to go better with the story I am trying to tell.

‘I keep adding more almost on a weekly basis.  Whenever I have the some spare time, I am working on this.’

Vanessa set upon the idea after deciding to combine her three favourite things – photography, food and  humor.

She added: ‘It can be quite challenging sometimes, but always in a good way. 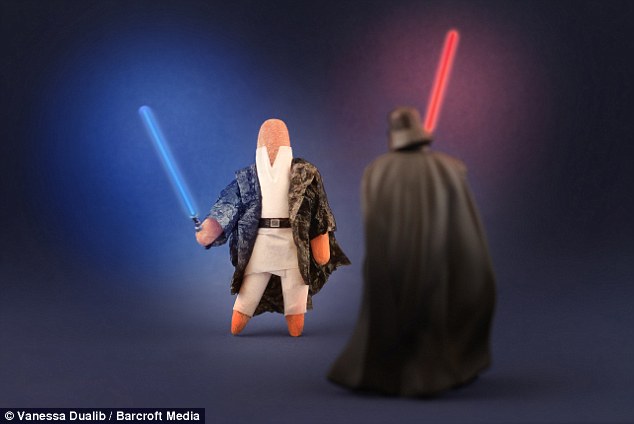 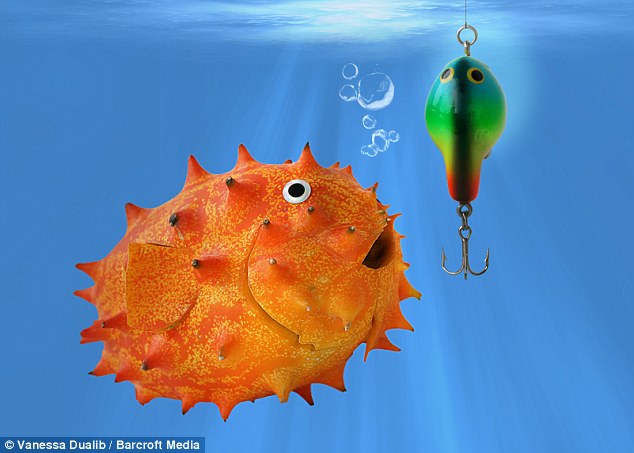 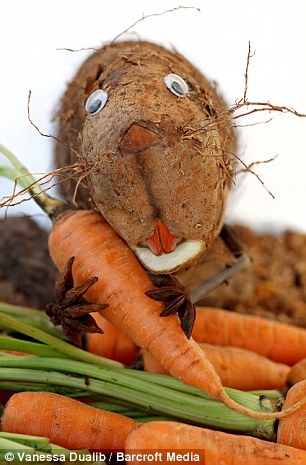 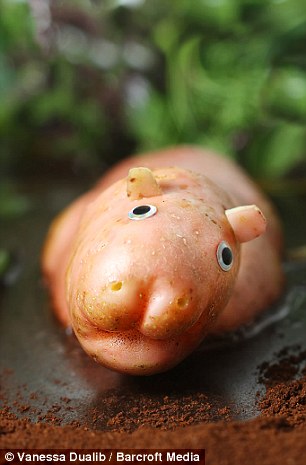 Vanessa Dualib made this vole out of yam,  pictured above, and a hippopotamus out of potatoes, below 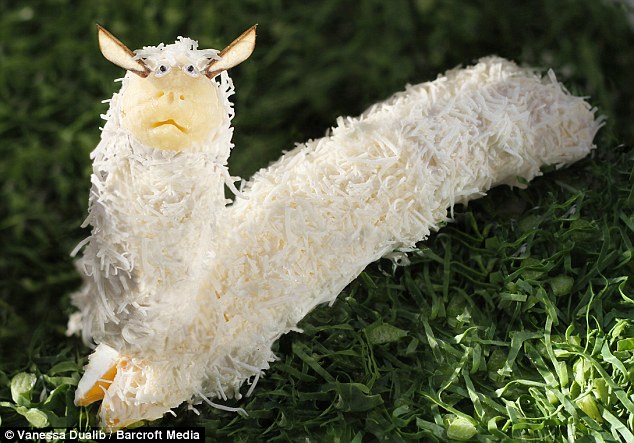 ‘I work with a raw, perishable “media”. And  my proposal is always to try to challenge the perception of whoever is looking  at my creations.

‘The reaction has always been very, very  positive. At the beginning this was a great surprise and one of the things that  kept me working on this project.

‘Somehow, I felt my work and my humor where  able to lighten up the day of people I never met and probably never  will.’

Vanessa has since created a book titled  Brincando com a Comida – ‘Playing with Food’ – showcasing 52 of my  creations. 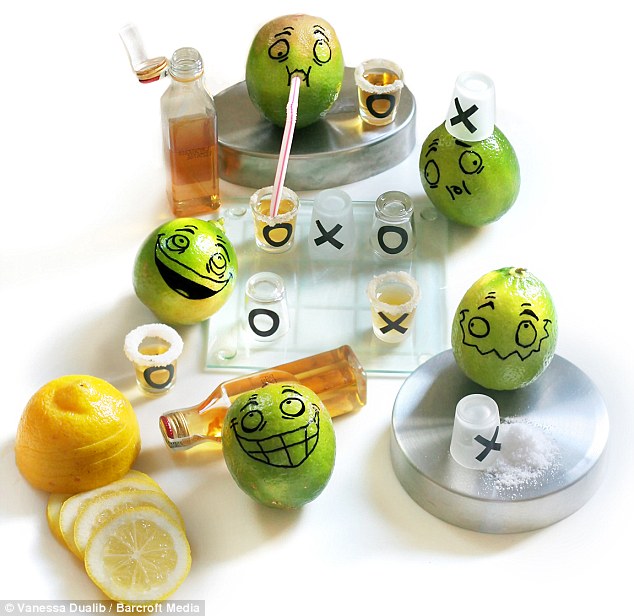 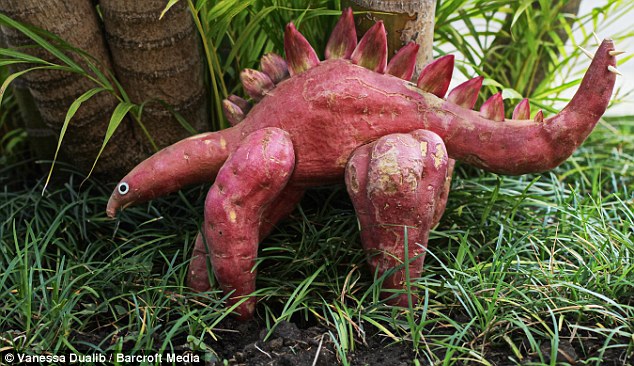 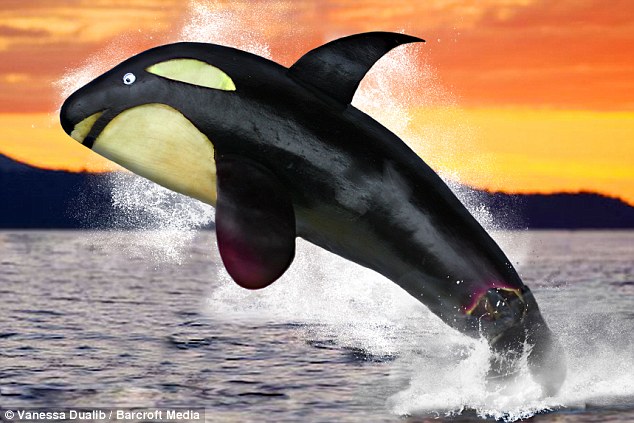 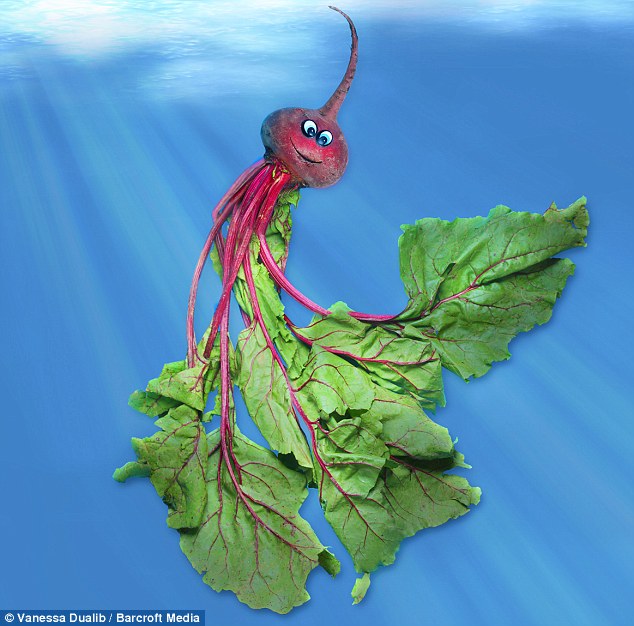 A woman who served as Adolf Hitler’s food taster has claimed that the Führer was a dedicated vegetarian.

Hitler and his mistress Eva Braun. It has been claimed the dictator was a dedicated vegetarian Photo: GETTY

Margot Woelk, 95, said that Hitler ate only the freshest fruit and vegetables during the two and a half years that she was forced to check his food for traces of poison.

During the Second World War, Mrs Woelk, a German citizen whose husband had been sent to fight, was taken by the SS to Hitler’s Eastern Front headquarters in modern-day Poland, known as the “Wolf’s Lair”.

There, she joined a team of a dozen other women whose job it was to protect Hitler from any attempts to poison him.

She said: “Between 11 and 12 o’clock, we had to taste the food, and only after all of us had tried it was it driven to the headquarters by the SS.

“It was all vegetarian, the most delicious fresh things, from asparagus to peppers and peas, served with rice and salads. It was all arranged on one plate, just as it was served to him. There was no meat and I do not remember any fish.

“Of course I was afraid. If it had been poisoned I would not be here today. We were forced to eat it, we had no choice.”

A Hitler Youth manual from the 1930’s promoted soy beans, which it called
“Nazi beans” as an alternative to meat.

In 1942, Hitler told Joseph Goebbels that he intended to convert Germany to vegetarianism when he won the war.

But although he referred to meat broth as “corpse tea”, he was not fastidious about declining meat. Dione Lucas, his cook before the war, claimed that he was a fan of stuffed pigeon and he was also known to be partial to Bavarian sausages and the occasional slice of ham.

His table manners also came under scrutiny. In a secret diary, one German soldier wrote: “Hitler eats rapidly, mechanically. He abstractedly bites his fingernails, he runs his index finger back and forth under his nose, and his table manners are little short of shocking.”

Hitler spent 800 days at the Wolf’s Lair between 1941 and November 1944, when he abandoned it as the Russians approached.

Mrs Woelk is believed to be the only surviving member of Hitler’s food tasting team.

Shortly before his camp fell to the Russians, she was smuggled out and helped back to Berlin by a sympathetic soldier.

“He put me on Goebbels’s train and I got out,” she said. It is thought that the other women with whom she worked were shot by the Russians.

In 1946, Mrs Woelk was reunited with her husband, Kurt, whom she had presumed dead. The couple lived together until his death in 1990.