If one were to look in an Encyclopedia (like Google for old folks) for the modern-day definition or explanation of free-market capitalism – beside the detailed explanation, might be the logos of the ride sharing services Uber and Lyft.

These services are the virtually unregulated, non-unionized, and much less expensive version of the taxi. This is the real free-market at work and it’s proving to work quite well without government and/or thuggish Union oversight.

Practically anyone can become a driver for one of these services. One must be at least 21 years of age, have a 4-door sedan or equivalent, have a valid driver’s license and insurance, a minimum of three years driving experience and pass a motor vehicle and criminal background check. Do that and you have yourself a part or full time job.

Uber is one of those “only in America” ideas that can only spawn in a free-market. In less than seven short years the company went from triumphantly tweeting that it had made its first $5 on March 27, 2010, less than four months after it began, to having a worth of almost $70 billion worldwide. END_OF_DOCUMENT_TOKEN_TO_BE_REPLACED

Health Care Politics: As ObamaCare rolls out, some of its  biggest backers from labor to D.C. lawmakers are having second thoughts. It’s a  sign that the idea of ending this national nightmare isn’t about to go away.

Late last week, the 22,000-member United Union of Roofers, Waterproofers and  Allied Workers dropped a bombshell on the Obama administration, not only  withdrawing its support for the Patient Protection and Affordable Care Act, but  also demanding its repeal.

The reason: ObamaCare subsidizes low-paid non-union workers in small  companies that don’t insure their employees, while leaving union shops with  ObamaCare’s higher health care costs and a 40% tax on Cadillac plans by 2018.  That’s a “death warrant” for unions, as the Atlantic’s Megan McArdle noted.

“These provisions jeopardize our multiemployer health plans, have the  potential to cause a loss of work for our members, create an unfair bidding  advantage for those contractors who do not provide health coverage to their  workers and, in the worst case, may cause our members and their families to lose  the benefits they currently enjoy as participants in multiemployer health  plans,” said union President Kinsey Robinson.

It’s the latest shoe to drop in the Great Buyers’ Remorse of ObamaCare’s  biggest backers.

The call from the roofers was hardly the first shot fired on this terrible  piece of legislation.

I was at the grocery store over the weekend and something was conspicuously missing.

There were a grand total of 8 roles of Wonderbread on the shelf, where just weeks ago wonder was afforded a minimum of 10 to 20% of the entire bread aisle.

One of my sons asked me if he could have the “Wonderbread” printed bag as a keepsake, since he grew up eating it (the bread, not the bag).

By now, most everyone has heard of the plight befallen Hostess Brands. Hostess, the makers of the aforementioned Wonderbread, Ding Dongs, Cupcakes and the venerable and chemically rich Twinkie, is closing up shop for good (it appears).

Hostess had sent out notification to its employees that stated, “Despite our best efforts, certain events may occur that would require Hostess to sell all or portions of its business and/or its operations and liquidate”.

This is all too typical. Companies for decades have succumb to ever-burdening union rules that choke the life out of them. GM was and is a perfect example.

Under bankruptcy rules, most companies have the right to renegotiate their union contracts, however the union involved in the Hostess restructuring, the Bakery, Confectionery, Tobacco workers and Grain Millers international Union (BCTGM), vowed to strike if the company tried to throw out or restructure the union contracts.

But with the national strike of the BTCGM, the CEO of Hostess, Gregory Rayburn was forced to say, “We deeply regret the necessity of [today’s] decision, but we do not have the financial resources to whether an extended nationwide strike. Hostess Brands will move promptly to lay off most of its 18,500-member work force and focus on selling its assets to the highest bidders.”

Countless other businesses will be adversely affected by the closing. Outlet and thrift

stores will most likely close as well as hundreds of distribution centers and thousands of independent delivery routes. The employees of all these independent businesses will find themselves out of work.

Of course the Union thugs are blaming Hostess, claiming mismanagement. That claim may be perfectly valid but what isn’t is the Union’s claim that Hostess will take away benefits like union employee pensions.

First, that’s a lie and the union bosses know it. Hostess announced they could no longer afford pension matching. The union employees would still be free to contribute to their own pensions, but Hostess could not match that contribution any longer.

Second, in this wonderful Obama economy, I would be more concerned where my next paycheck will come from then my retirement at this point.

Speaking of union thugs, the chief thug, Richard Trumka, head of the AFL-CIO union and far leftist, through his hat into the ring.

I don’t even know how that’s possible unless you’re maybe Bernie Madoff or George Soros. Private Equity firms, like Bain Capital, cannot and do not get rich by making the workers poor.

He continued, “Crony capitalism and consistently poor management drove Hostess into the ground, but its workers are paying the price.”

Trumka is correct about one thing. A Private Equity (PE) firm didn’t take over to try to save Hostess.

What Trumka neglected to mention is that the evil Bain-style PE firm just happened to be the Gephardt Group, founded and owned by none other than that union heartthrob and 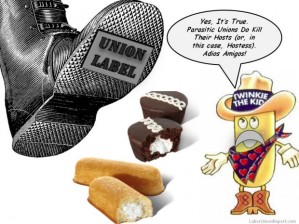 Is Trumka trying to tell us that Dick Gephardt, darling of the unions, is now trying to ruin them? Or is it possible that all these years in the private sector has made little Dick a wee bit smarter about economics.

I feel terrible for those union members who wish they could break from the union and renegotiate with Hostess on their own, but such is the folly of collective bargaining. You constantly put your faith and your livelihood in someone else’s hands.

So let’s bid a fond farewell to an American icon and eat one last Twinkie in remembrance (although, I always preferred the cupcakes).

Many people, who do not look beyond the vision or the rhetoric to the reality, still think of labor unions as protectors of working people from their employers. And union bosses still employ that kind of rhetoric. However, someone once said, “When I speak I put on a mask, but when I act I must take it off.”

That mask has been coming off, more and more, especially during the Obama administration, and what is revealed underneath is very ugly, very cynical and very dangerous.

tried to push through Congress. What it would have destroyed was precisely what it claimed to be promoting — a free choice by workers as to whether or not they wanted to join a labor union.

Ever since the National Labor Relations Act of 1935, workers have been able to express their free choice of joining or not joining a labor union in a federally conducted election with a secret ballot.

As workers in the private sector have, over the years, increasingly voted to reject joining labor unions, union bosses have sought to replace secret ballots with signed documents — signed in the presence of union organizers and under the pressures, harassments or implicit threats of those organizers.

Now that the Obama administration has appointed a majority of the members of the National Labor Relations Board, the NLRB leadership has imposed new requirements that employers supply union organizers with the names and home addresses of every employee. Nor do employees have a right to decline to have this personal information given out to union organizers, under NLRB rules.

In other words, union organizers will now have the legal right to pressure, harass or intimidate workers on the job or in their own homes, in order to get them to sign up with the union. Among the consequences of not signing up is union reprisal on the job if the union wins the election. But physical threats and actions are by no means off the table, as many people who get in the way of unions have learned.

Workers who do not want to join a union will now have to decide how much harassment of themselves and their family they are going to have to put up with, if they don’t knuckle under.

When the unions began losing those elections, they decided to change the rules. And after Barack Obama was elected President of the United States, with large financial support from labor unions, the rules were in fact changed by Obama’s NLRB. 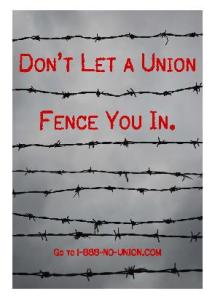 As if to make the outcome of workers’ “choices” more of a foregone conclusion, the time period between the announcement of an election and the election itself has been shortened by the NLRB.

In other words, the union can spend months, or whatever amount of time it takes, for them to prepare and implement an organizing campaign beforehand — and then suddenly announce a deadline date for the decision on having or not having a union. The union organizers can launch their full-court press before the employers have time to organize a comparable counter-argument or the workers have time to weigh their decision, while being pressured.

The last thing this process is concerned about is a free choice for workers. The first thing it is concerned about is getting a captive group of union members, whose compulsory dues provide a large sum of money to be spent at the discretion of union bosses, to provide those bosses with both personal perks and political power to wield, on the basis of their ability to pick and choose where to make campaign contributions from the union members’ dues.

Union elections do not recur like other elections. They are like some Third World elections: “One man, one vote — one time.” And getting a recognized union unrecognized is an uphill struggle. 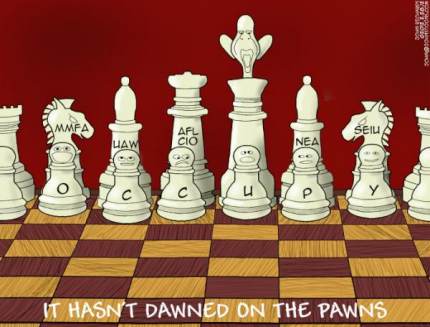 There is no civility and no rules when Union thugs get their ire up. Oh, that’s right; they are just typical middle class Americans. Don’t they look and act like your neighbors? If they do, you had better move.

We haven’t heard much lately about all those Obamacare waivers that have been granted.

We all remember the waivers given to companies & unions that couldn’t afford Obama’s “Affordable Care Act”.

Friday marks the last time HHS (Health & Human Services) will have to update the total number of waivers, putting to rest a recurring political firestorm.

The department had been updating its waiver totals every month, prompting monthly attacks

from the GOP, posted by Sam Baker of The Hill.

All told, 1,231 companies applied for and received waivers from the law’s restrictions on annual benefit caps.

The law requires plans to gradually raise their benefit limits, and all annual limits will become illegal in 2014. Companies that received waivers can keep their caps intact until 2014.

Republicans say the need for waivers proves that the healthcare law is unworkable. HHS argues that the waivers show the law provides flexibility.

I wasn’t aware waiver & flexible were synonymous, so I looked them up & son of gun, they’re not.

Waiver: an intentional relinquishment of some right, interest, or the like.

So flexibility means to modify & waiver means to drop all together. Hmmm.

Let’s see just how “flexible” our government has been. 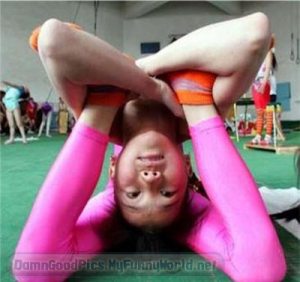 By contrast, private employers with a total of 69,813 employees, many of whom work for small businesses, were granted waivers.

That’s pretty flexible. So flexible it seems, they bent over backwards, for some. Must be double jointed.