So I guess “Venture Capitalist” or “Private Equity” are dirty words (unless it’s prefaced with Blackstone).

Years ago, Mitt Romney was a venture capitalist. If you listen to the mainstream media, you would get the impression that these companies, like private equity firm, Bain Capital, scour the countryside looking for struggling businesses. Without doing any research on the

companies viability, they swoop in, take over, fire everyone and sell off the carcass. That’s seems to be the way it is portrayed.

But that’s the private sector for ya. Those in private industry are looking to do one thing; make money. They don’t seem to understand that the sole purpose of the private sector is not to make a profit, but to create jobs (preferably union). Private industry is to create jobs, provide a living wage, pensions and benefits for their unionized workers and since profit is evil, all will be paid for by that large pot of gold hidden under every CEOs desk.

As an aside, I love the term “workers”. It’s such a wonderfully socialist/communist term. Like the worker bees in Woodrow Wilson’s grand “beehive” vision.

The public sector, or government, surely knows better how to invest in struggling companies.

Just imagine what would’ve become of General Motors if the government hadn’t stepped in and bailed it out with our money. GM would have been forced into bankruptcy reorganization. Union contracts would’ve become null and void and would’ve had to been renegotiated. Tragic! Many workers would’ve lost their jobs. In the private sector we would call these people dead wood, or non-essential personnel. This, of course, would have been completely heartless.

Lucky for us, our benevolent government stepped in and saved the day. They rescued the struggling healthcare auto company thus saving the jobs of many thousands of workers. Those who are students of history understand that every company that is forced to file for bankruptcy reorganization must fire every employee and shut its doors.

Thankfully that didn’t happen. Our government, with great foresight and great courage gave billions and billions of our dollars to save those union jobs. (Notice I said gave and not lent billions of dollars. We have not been paid back in full and likely never will. Bless them for that.)

In doing so, it was mandated that only about 800 Chrysler and almost 1100 GM, nonunion deal

erships close. I’m sure those dealerships and all their employees were more than happy to sacrifice themselves in order to save the UAW.

It was all for the greater good. Workers of the world unite! Unless you worked for a dealership.

You see, private industry is like a casino and the private equity firms are like the high rolling gamblers that destroy everyone that stand in the way of their prize; big profits. Just ask those poor saps who work at Sealy Corp. or Staples or Sports Authority, Domino’s Pizza, Toys R Us or Dunkin Donuts, just a few of Romney’s more famous victims. Oh wait; they added thousands of jobs. Forget I said that.

Government investment in companies is where it’s at. Success stories abound.

Just look at the laundry list of prosperity from government largess.

Let’s see; give me second. I’ll think of some. Got it! How about Solyndra, Solar Trust of America, Energy Conversion Devices. Then there’s Evergreen Solar, Solar Power

Industries and Spectrawatt. They took our money and parlayed that investment into viable growth companies employing many workers.

What? They all went belly up? No workers, no nothing? How could that be? I’m sure the experts in the government did countless hours of research and viability studies before handing out billions of dollars. That doesn’t sound all like our government. It sounds more like those wicked private equity firms.

In closing if I may be serious; people start and invest in business to make money. Sure, that’s not the only reason, but it’s the main reason. Someone has an idea for a better mouse trap so they start company to build the mousetraps. If they didn’t think they could make

money, they wouldn’t start. They don’t set out to start a business with the aim of hiring people. That is the result of hard work and growing the business so one has to hire people.

The same goes for venture capitalists or private equity firms. They spend countless hours researching before they invest in an already struggling industry. It is of course a risk, but it is an educated risk. They don’t just throw money at something and hope for the best like the government does. They can’t afford to. Unlike the government, they don’t have unlimited funds to waste.

No matter how much research these private equity firms do, not every investment will yield success and some of the companies won’t make it. That’s called life.

It is however, almost a sure bet, that if the venture capitalist or private equity firm didn’t invest in the company, said company wouldn’t survive. With the infusion of new capital, they at least have a chance and worst-case, they may get a few more years of life that they wouldn’t otherwise have had, like GST Steel. 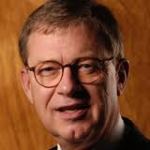 I don’t know how many times I’ve seen liberal commentators look back with nostalgia to the days when a young man fresh out of high school or military service could get a well-paying job on an assembly line at a unionized auto factory that could carry him through to a comfortable retirement.

As it happens, I grew up in Detroit and for a time lived next door to factory workers. And I know something that has eluded the liberal nostalgiacs, which is that people hated those jobs.

The assembly-line work was boring and repetitive. That’s because management imbibed Frederick W. Taylor’s theories that workers were stupid and could not be trusted with any 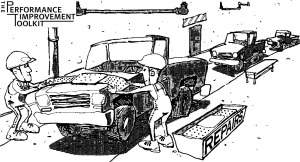 It was also because the thousands of pages of work rules in United Auto Workers contract, which forbade assembly-line speedups, also barred any initiative or flexible response.

That’s why the UAW in 1970 staged a long strike against General Motors to give workers the option of early retirement, 30-and-out. All those guys who had gotten assembly line jobs at 18 or 21 could quit at 48 or 51.

The only problem was that when they retired they lost their health insurance. So the UAW got the Detroit Three auto companies to pay for generous retiree health benefits that

covered elective medical and dental procedures with little or no co-payments.

It was those retiree health benefits more than anything else that eventually drove General Motors and Chrysler into bankruptcy and into ownership by the government and the UAW.

The liberal nostalgiacs would like to see an economy that gives low-skill high school graduates similar opportunities. That’s what Barack Obama seems to be envisioning when he talks about hundreds of thousands of “green jobs.”

But those “green jobs” have not come into existence despite massive government subsidies and crony capitalism. It’s become apparent that the old Detroit model was unsustainable and cannot be revived even by the most gifted community organizer and adjunct law professor.

For one thing, in a rapidly changing and technologically advanced economy, the lifetime job

seems to be a thing of the past. Particularly “lifetime” jobs where you work only 30 years and then get supported for the next 30 or so years of your life.

Today’s young people can’t expect to join large organizations and in effect ride escalators for the rest of their careers. The new companies emerging as winners in high tech — think Apple or Google — just don’t employ that many people, at least in the United States.

Similarly, today’s manufacturing firms produce about as large a share of the gross national product as they used to with a much smaller percentage of the labor force.

Moreover, there’s evidence that recent growth in some of the professions — the law, higher education — has been a bubble, and is about to burst. 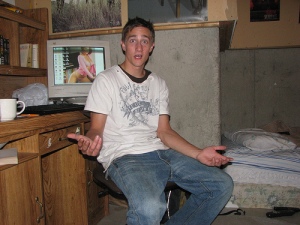 The bad news for the millennial generation that is entering its work years is that the economy of the future won’t look like the economy we’ve grown accustomed to. The “hope and change” that Barack Obama promised hasn’t produced much more than college loans that will be hard to pay off and a health care law that lets them stay on Mommy and Daddy’s health insurance till they’re 26.

The good news is that information technology provides the iPod/Facebook generation with the means to find work and create careers that build on their own personal talents and interests.

But, as Mead continues, “The future is filled with enterprises not yet bor 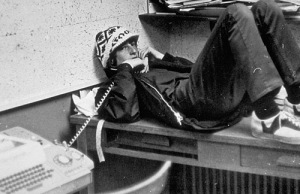 n, jobs that don’t yet exist, wealth that hasn’t been created, wonderful products and life-altering service not yet given form.”

As Jim Manzi argues in his new book “Uncontrolled,” we can’t predict what this new work world will look like. It will be invented through trial and error.

What we can be sure of is that creating your own career will produce a stronger sense of satisfaction and fulfillment. Young people who do so won’t hate their work the way those autoworkers hated those assembly line jobs.