Practically since Lunchbox Joe Biden assumed office as president of the United States, we on the right have been wondering who is really in charge. At this point, all we know is that it isn’t Joe.

Pay no attention to that man, or woman or non-binary individual behind the curtain. END_OF_DOCUMENT_TOKEN_TO_BE_REPLACED

Here we go again – Republicans shooting themselves in the foot so as to not look bad or appear guilty by association. Even when there is no association.

First Attorney General Jeff Sessions, one the most honest and well-respected members of the Senate, recuses himself over absolutely nothing.

On March 2, 2017, AG Sessions proclaimed that he “never had meetings with Russian operatives or Russian intermediaries about the Trump campaign. And the idea that I was part of ‘a continuing exchange of information’ during the campaign between Trump surrogates and intermediaries for the Russian government is totally false.”

In other words, Sessions did absolutely nothing wrong. As a Senator, he met with the Russian ambassador, as he had met with many other nations’ ambassadors.

Sessions said that his staff advised him that since he was involved with the campaign, he shouldn’t be involved in any campaign investigation. He then said he recused himself in “any matters that deal with the Trump campaign.” END_OF_DOCUMENT_TOKEN_TO_BE_REPLACED

Just try to wrap your arms around the magnitude of defiance and chutzpah that led to and accompanied President Obama’s appointment of the discredited Susan Rice as national security adviser. But don’t let this outrage distract you from his equally disturbing appointment of leftist Samantha Power to replace Rice as UN ambassador.

Though Democrats and their supporting liberal media, with a few notable exceptions, have aggressively downplayed the multifaceted Benghazi scandal, none of them has laid a glove on the irrefutable claim that Rice delivered talking points altered by the administration to distort the facts in order to mitigate any damage to Obama’s reelection efforts.

In December, Rice withdrew her name from consideration for secretary of state because “the confirmation process would be lengthy, disruptive and costly.” Yes, because there was no way she was going to be confirmed after mouthing lies to the American people about the cause of the attacks on our embassy in Libya that resulted in the murder of four Americans.

In a piece for the Washington Post explaining her decision to withdraw, Rice did everything but acknowledge her wrongdoing. She said, “I have never sought in any way, shape or form to mislead the American people. … Even before I was nominated for any new position, a steady drip of manufactured charges painted a wholly false picture of me.”

comments, as always, by yours truly [ ]

House Homeland Security Committee chairman Pete King is calling on U.N. ambassador Susan Rice to resign over her comments on the Sunday talk shows September 16 regarding the Libyan attacks. 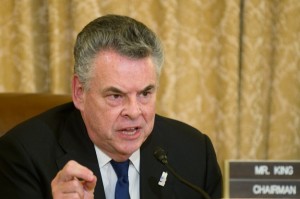 “I think Susan Rice should resign. She is America’s foreign policy spokesman to the world as ambassador to the U.N.,” King, a Republican congressman from New York, tells National Review Online. [ Who do you suppose Obama might choose to replace her, Louis Farrakhan? I heard the Blind Sheikh will be available soon. Maybe he could represent this administration? He’d fit right in at the U.N. ]

Rice appeared on five Sunday morning shows five days after the attacks.  On ABC’s This Week, she said, “Our current best assessment, based on the information that we have at present, is that, in fact, what this began as, it was a spontaneous – not a premeditated – response to what had transpired in Cairo,” despite the fact that U.S. officials knew terrorism was involved within 24 hours after the attack. [ Actually, the State Department knew well in advance. Blaming Rice is ridiculous. She was towing the administration line. ]

“Very nice person, very smart,” King says of Rice, “but the fact is she gave out information

which was either intentionally or unintentionally misleading and wrong and there should be consequences for that. And I don’t see how she didn’t know how that information was wrong. What she could have and should have said was the final word isn’t in yet, certainly strong evidence that there was strong terrorist involvement, [but identifying] the exact nature it’ll  take us a few more days. That would have been legitimate.”

[ Okay, can we just put this, “nice person” crap away. It has nothing to do with anything, and how many “nice people” will sit there and lie to whole world five separate times. I’ve heard that about Obama

also. He’s a nice person, just misguided. I personally can’t name a single marxist, communist or anticolonialist I would consider to be “nice”. ]

Benghazi, he adds, “was a hotbed of al-Qaeda activity, of militia activity, of terrorist activity. We knew that the facilities that we were using there were not adequately fortified. These were temporary, basically private residences which had almost none of the protections that a consulate should have.” [ Has anyone, save for a few of us, even asked

what the ambassador was doing there? You may wish to re-read “Benghazi was no Coincidence”  ]

“To allow the American ambassador to go there,” he continues, “ to allow us to keep records or documentation there or anything  in such an unsecure and such a dangerous area and such unsecure facilities with such little security appears to be gross negligence, and may be criminal negligence.” [ Unless it was not a consulate, but a CIA safe house ]

He also criticized the administration’s reluctance to call the attacks terrorism. “Either they intentionally mislead the American people or they were extremely uninformed,” King remarks. “Neither excuse is very good. From the start, I can see them saying we’re not 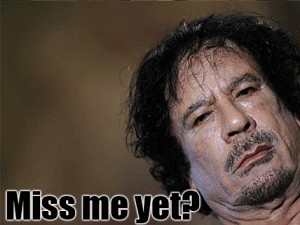 certain what caused it, but the presumption from the start should have been that it was a terrorist attack or the terrorist were heavily involved.” [ I wish someone would just come out and state the obvious; This administration, from the top down, is filled with bad people who don’t appear at all concerned with our security, or that of our allies ]

Obama, he speculates, had political reasons to avoid calling it terrorism. “What I believe now is that the president is so fixated on convincing the American people that we have defeated al-Qaeda and that al-Qaeda is no longer a real threat by saying this was a terrorist attack, or by acknowledge a terrorist attack,  it would be looked upon as a defeat for his policies against al-Qaeda,” King says. [ No need for speculation Mr. King. It’s a fact ]