This thrill-seeking surfer was but a speck on  this enormous wall of water as he appeared to set a new world record for the  biggest wave ever ridden.

Surfing legend Garrett McNamara caught the  towering wave – believed to have measured around 100ft – off the coast of  Nazare, in Portugal, yesterday.

If the claims are verified the U.S. born  athlete will have successfully beaten his own record, which was also set at Nazare, when he successfully rode a 78ft high break at the end of  2011. 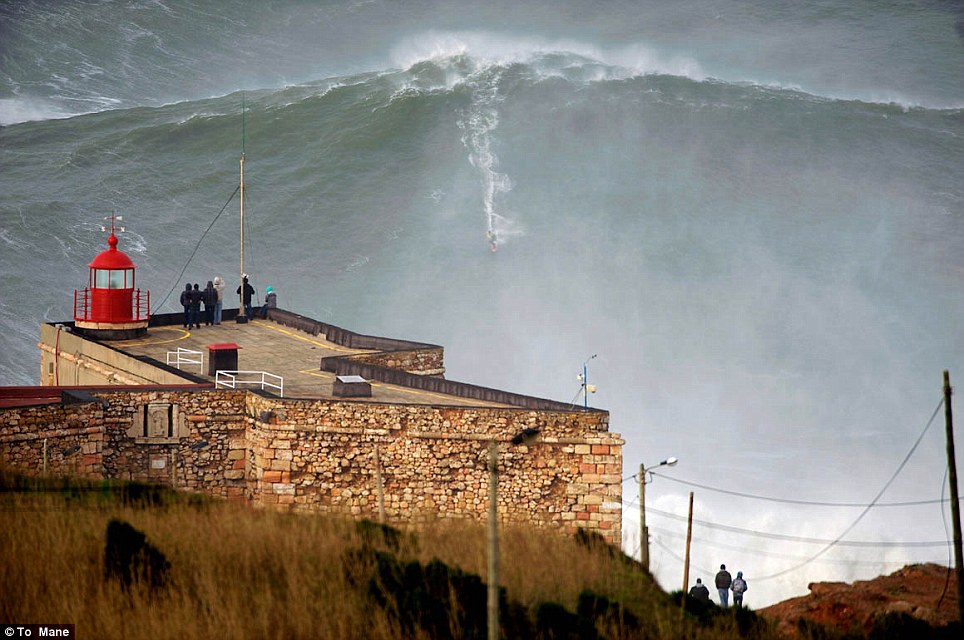 Garrett McNamara is said to have broken  his own world record for the largest wave ever surfed when he rode this 100ft  crest in Nazare, Portugal

Mr McNamara, 45, was born in Pittsfield,  Massachusetts, but his family moved to Hawaii’s North Shore when he was 11 where  he followed in his older brother Liam’s footsteps and began to surf. He started  competing professionally at the age of 17 and spent ten years on the circuit  with his brother.

The surfer’s latest breathtaking feat came  yesterday, as huge waves crashed off the coast of Nazare throughout the  day.

The exposed beach break in the north of the  country attracts surfers all year round.

McNamara risked being forced dozens  of feet  beneath the water, or slamming into a reef or the ocean floor,  if he had wiped  out on the massive wave. 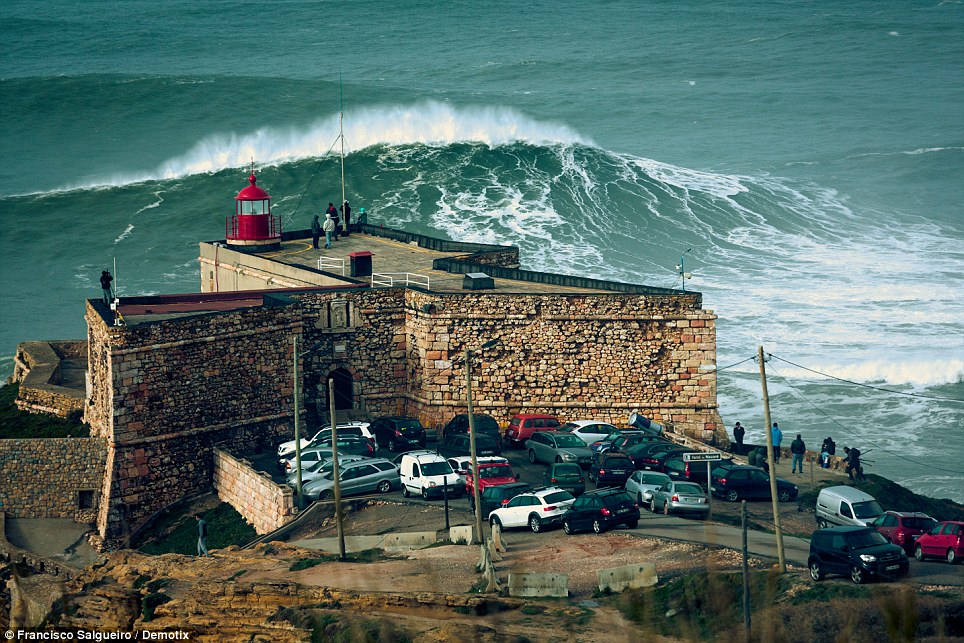 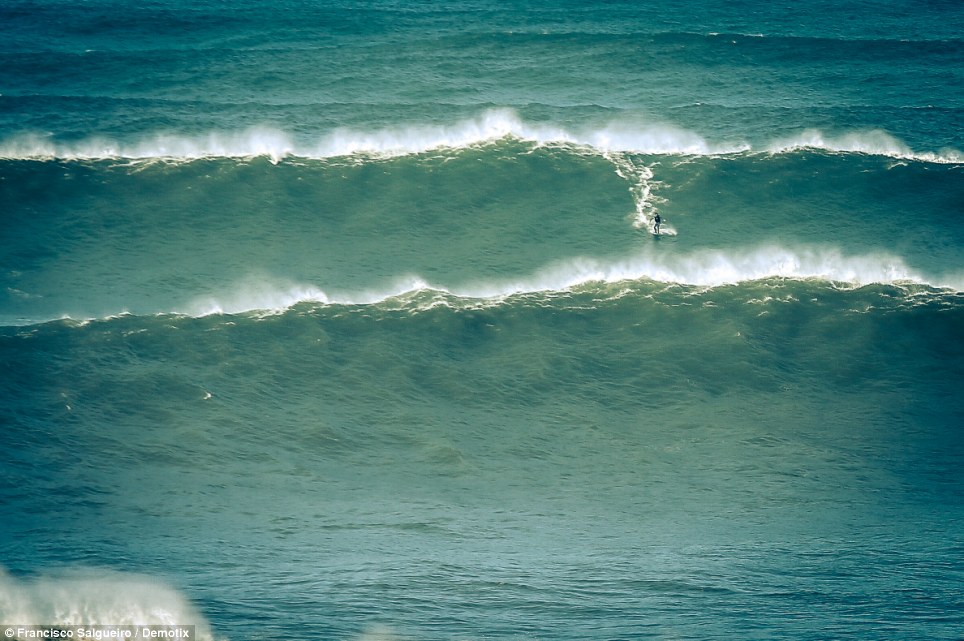 Garrett, known as GMAC on the surfing  circuit has been surfing since the age of 11 when his family moved to from  Massachusetts to Hawaii 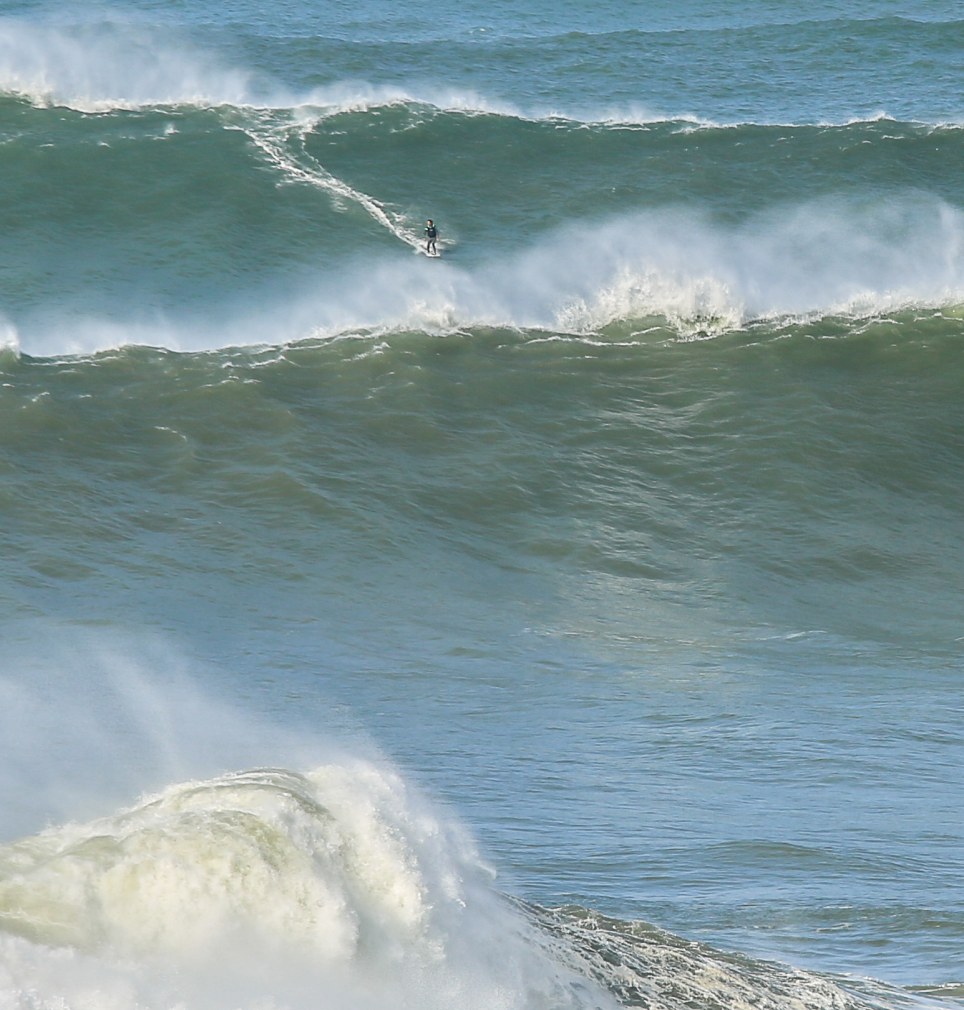 Barely visible on the wave, Garrett McNamara  begins to make his way down the record-breaking water wall

His 2011 record was confirmed by a panel of  experts at the annual Billabong XXL Global Big Wave Awards.

He had  skillfully rode a 78ft wave – beating the record held by Mike Parson since  2008.

The surfer said at the time that hearing his  name announced at the awards  ceremony gave him ‘a bigger rush’ than actually  riding the wave.

‘It’s amazing we get to do what we do, I am  so grateful,’ he said at the ceremony in California.

‘I didn’t want to get caught up in it all,  but I have to tell you the  truth, when they announced my name I got a bigger  rush than probably on  all the waves I rode this year.’

Mr McNamara’s record-breaking began as early  as 2007, when he became the first man to ride a glacier wave on a surf board.

Teamed up with a colleague on a jetski, he  spent three weeks camped out by the 400ft Child’s Glacier in Alaska waiting for  the perfect wave.

The couple were filmed riding the giant grey  wave caused the glacier  calving, which is when a mountain-sized block of ice  breaks off the  glacier. 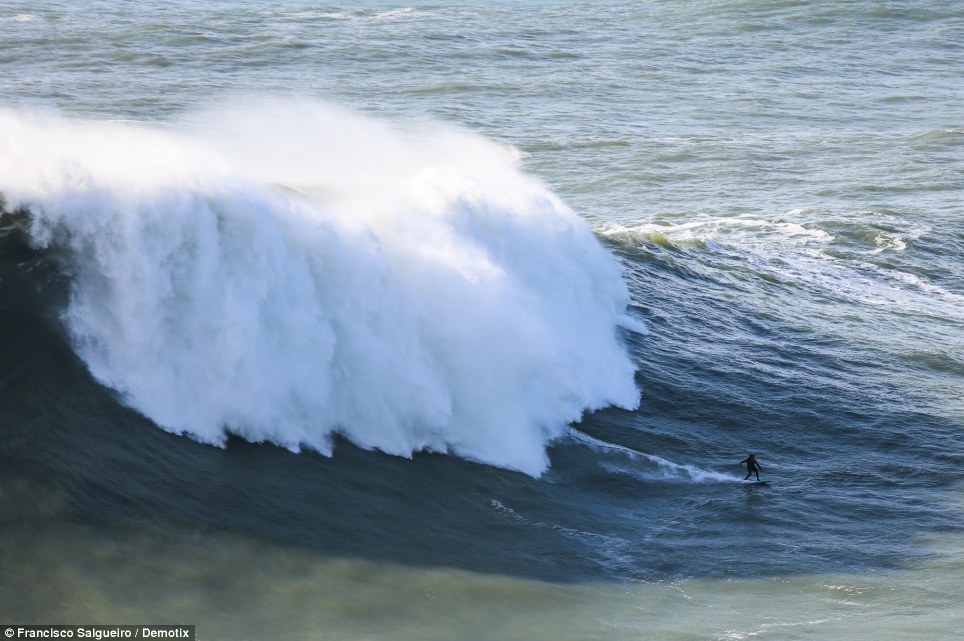 GMAC has not only broken the record of  largest wave surfed twice, he is also the first person to surf a tidal wave  caused by a calving glacier 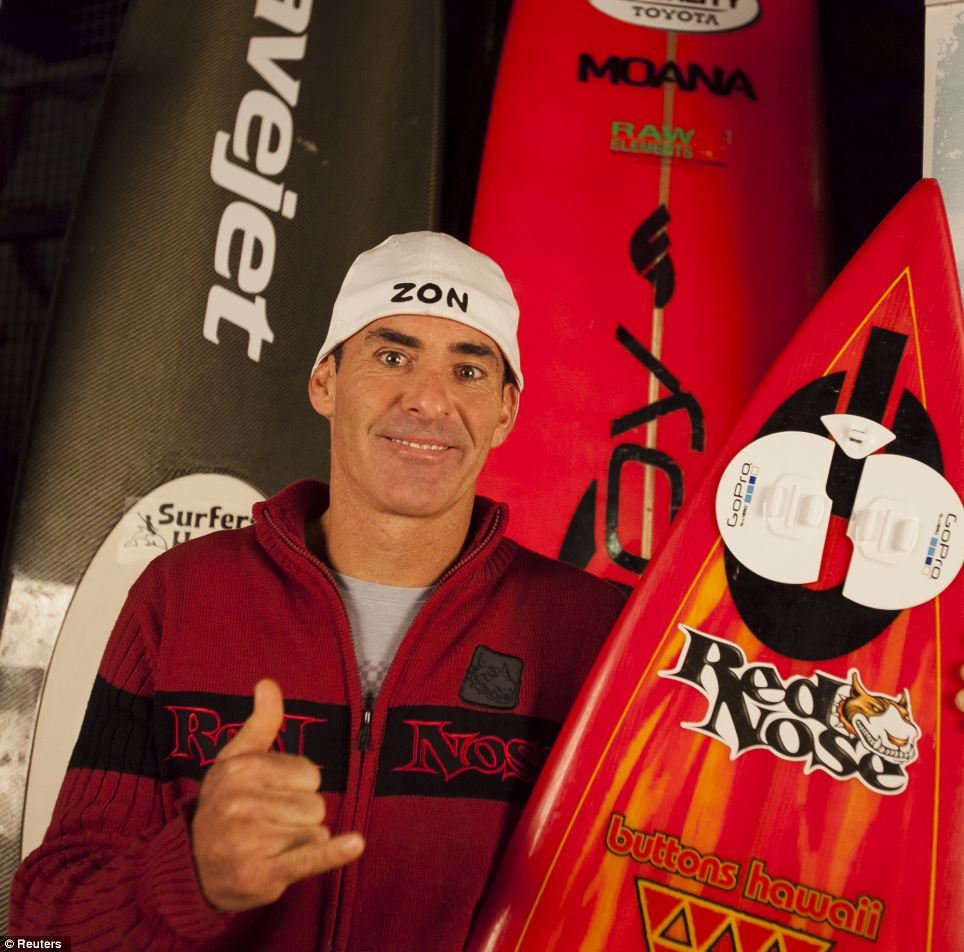 Garrett McNamara of Haleiwa, Hawaii, is  seen with the surfboard he used to set his existing record in Portugal in  2011

These incredible pictures capture the stunning moment waves roll on to a tropical beach.

The breath-taking images show the split-second in which each one breaks and crashes on to the sand, and are the work of two photographers who wish to remind people just how beautiful Mother Nature can be.

Photographers Nick Selway, 28, and CJ Kale, 35, position themselves in the clear Hawaiian surf and wait for the waves to roll over them.

Their only equipment are standard cameras – but a waterproof case means they do not need to sacrifice their cameras for their art.