Smartphones have revolutionized photography, making it vastly easier than ever before to capture and share great images. And on the other side of the coin, camera advances are probably responsible for a lot of smartphone sales these days; phones have been more than good enough in most areas for many years now, and a terrific new camera provides a compelling reason to upgrade where a processing boost or RAM upgrade might not move the needle.

END_OF_DOCUMENT_TOKEN_TO_BE_REPLACED

One of the disastrous effects of diabetes is the harm it can cause to the retina, with this degeneration of blood vessels in the eye now the leading cause of new blindness in working-age adults. An international team of scientists has developed technology that could pick up this so-called diabetic retinopathy in its early stages, using a standard smartphone as the basis for a low-cost diagnostic method that could greatly improve care in developing regions. END_OF_DOCUMENT_TOKEN_TO_BE_REPLACED

Smartphones and smartwatches for kids aren’t exactly new – even FitBit has a kids’ watch these days – but China-based Abardeen has done things a little differently. The company has taken a modular approach with its latest offering – launched this week on Kickstarter – in an effort to inject some extra flexibility to the kids phone/watch equation.

Designed to transform between smartphone, smartwatch and voice-enabled home assistant, the Novus system is made up of four components (one of which is optional). The first is the Novus Core, an Android-powered, 4G-enabled, Apple-Watch-looking module, housing the screen and all the phone/watch related technology. As the name suggests, this is the core of the setup – the brains of the operation if you will. The Novus Core is either inserted into the Watch Module (handy for kids prone to losing things like phones) or clicked into the Phone Module enclosure (which also adds two extra days of battery life). The Phone Module uses a touch-wheel – similar to classic iPods – to control the Novus and scroll through the onscreen menus.

Samsung is thought to be releasing its flagship handset the S10 in 2019 and a patent application suggests it may be fitted with a futuristic self-healing screen.

The revolutionary display would be able to fix any cracks or scratches on the screen without the owner needing to do anything.

According to a patent filed with the World Intellectual Property Organisation, the screen will also be impervious to any scuffs, scratches and fingerprint marks.

The technology has been teased in small doses before and the patent also mentions the possibility of it being applied to ‘flexible devices’ which could open the door for foldable phones. 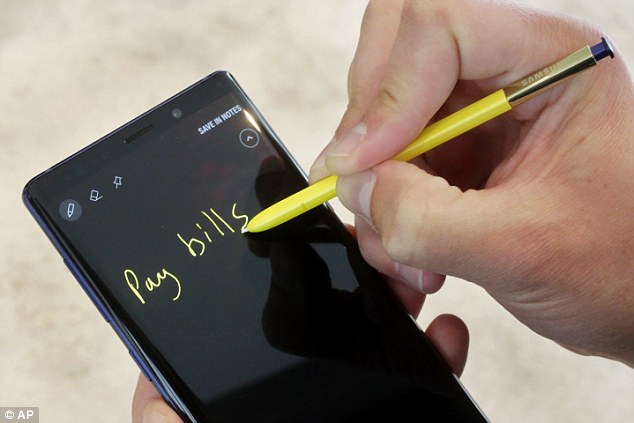 Samsung is thought to be releasing its flagship handset the S10 in 2019 and it may be fitted with a futuristic self-healing screen. The revolutionary display could see the end of irritating scratches that obscure the screen (stock) END_OF_DOCUMENT_TOKEN_TO_BE_REPLACED

Samsung fans will finally be able to get their first look at the new Galaxy S9 and S9+.

The Korean smartphone giant, Sony and Nokia will be among the tech giants revealing new smartphones when Mobile World Congress (MWC)  kicks off in Barcelona.

The annual trade show is one of the biggest mobile industry events of the year and this year is expected to see Korean giant Samsung unveil its latest flagship devices, the Galaxy S9 and S9+. END_OF_DOCUMENT_TOKEN_TO_BE_REPLACED

No, Apple Is Not Responsible For Your Kids’ Smartphone Addiction

Apple is now coming under fire from two big investors for not doing enough to curb childhood addiction to smartphones. What’s next? Government warnings and a class-action lawsuit against Big Smartphone.

In an “open letter” to Apple, Janus Partners and the California State Teachers’ Retirement System — which combined own roughly $2 billion in Apple stock — scolded Apple for failing to “take steps” to curb overuse of smartphones by children.

The letter goes on at great length citing research into the harmful effects of too much smartphone use — from increased risk of depression and suicide risk to sleep and learning problems. END_OF_DOCUMENT_TOKEN_TO_BE_REPLACED

Is this the future of smartphones? So far the biggest innovations we’ve seen in mobile this year have been bigger screens and smaller bezels, but Chinese manufacturer ZTE has raised the bar with its Axon M, the first foldable handset with a dual display, suggesting a host of potential uses.

You could browse the web on one screen and compose an email on the other perhaps, or watch Netflix on one display while Twitter scrolls across the second one. Both screens are 5.2 inches diagonally, combining to make a 6.75-inch, 1,920 x 2,160 panel with the two displays both facing forward (admittedly with a large join in the middle).

Maybe the Axon M will be most useful for productivity apps, allowing you to type away on a document in landscape mode without obscuring three-quarters of the screen with a keyboard. ZTE says a three-finger swipe sends apps between screens, or you can have them configured to act like one whole display.

Games could also benefit from the dual-screen approach, as with the Nintendo DS family of devices, and if you set the phone up in a tent shape you can play against a friend sat opposite, one screen each. That kind of experience will need some effort on the part of developers, though.
Continue reading

It’s known for creating the ultimate in luxury sports cars.

The phone boasts Italian handmade black leather and a frame made from the same ‘stronger than titanium liquid metal’ used to build its supercars.

The Alpha – One smartphone also comes with an accompanying custom black leather case, but critics claim the device’s specs do not match its price tag.

Despite Lamborghini claiming its latest phone features ‘the most luxurious technology’, the device has similar specifications to high-end smartphones that cost less than a third of the price. 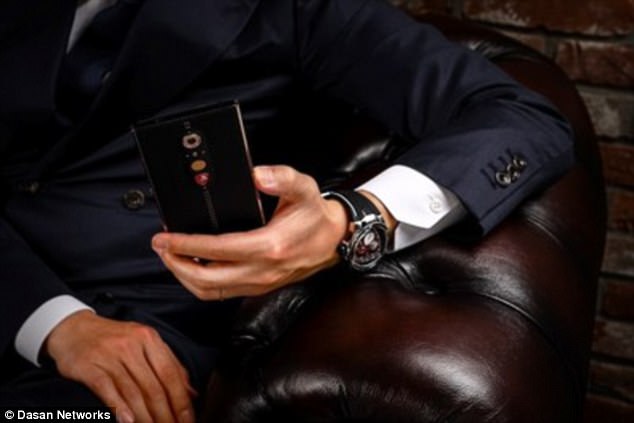 Tonino Lamborghini has released a £1,900 ($2,450) luxury Android phone (pictured) made with Italian handmade black leather and frame made of the ‘liquid metal’ used in its supercars

END_OF_DOCUMENT_TOKEN_TO_BE_REPLACED

The average American clicks, taps or swipes on their smartphone screen more than 2,600 times a day – and the heaviest users touch their device more than 5,400 times.

The birth of the smartphone has sparked an addiction among many people, however, an ex-Google employee has revealed that going gray could help curb habit.

By setting the screen of your handset to grayscale, users might not be so compelled to check their device – this is because certain colors used by apps, like red and bright blue, subconsciously make us excited to reach for our phones. 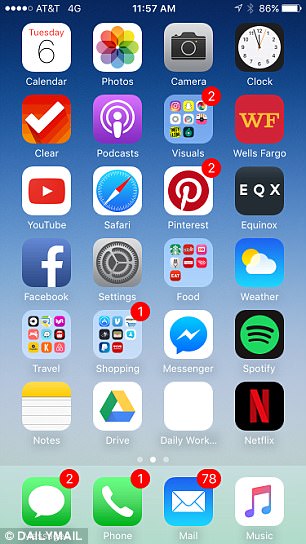 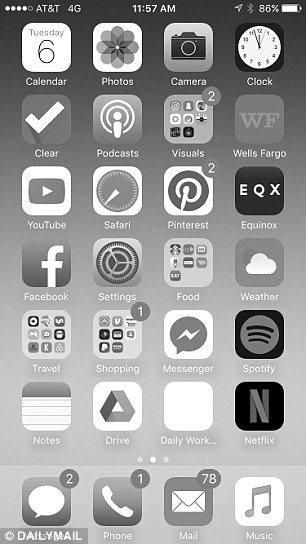 By setting the screen of your handset to grayscale, users might feel checking the device is less appealing – this is because some of the colors, like red and bright blue, subconsciously make us excited to reach for our phones

END_OF_DOCUMENT_TOKEN_TO_BE_REPLACED

Last year, the Smoovie stabilizer launched on Kickstarter promising smartphone and GoPro users the ability to shoot super-smooth video thanks to its magnetic gimbal. Now, after shipping that product to backers, the team behind it is back with the MiniRig, which adds lighting and audio features, along with improved stabilization. END_OF_DOCUMENT_TOKEN_TO_BE_REPLACED