Global warming nuts are at it again, and this time they have attempted to co-opt Christmas, by telling us that Santa is a “Climate

I can think of no better way for radical leftists to celebrate the holiday than to scare the crap out of children. And not just any leftists, but trusted government leftists – because really – if you can’t trust your government to be honest with your kids, who can you trust. Am I right?

“There is no country on the planet that can walk away from the challenge and reality of climate change, And for our part, Canada will continue to fight for the global plan that has a realistic chance of countering it. We have a responsibility to future generations and we will uphold it,” the young and dashing Canadian Prime Minister, Justin Trudeau, recently, told the United Nations General Assembly.

That September proclamation has now been followed by a warning to the world’s children, as a “Canadian government website claims that Santa Claus is relocating his workshop, elves and reindeer to the South Pole to escape the effects of global warming.” END_OF_DOCUMENT_TOKEN_TO_BE_REPLACED

Run away from the truth! Start throwing your own under the bus. That’s what Republicans do. If anyone in the party dares to convey even the slightest controversial viewpoint – they are immediately ostracized.

Such is the fate of Mitt Romney. Romney had the unmitigated gall to speak the truth after his recent loss to “The One”.

What’s worse is that national pariah Rush Limbaugh shares his viewpoint, as well as most every right thinking conservative. Perish the thought.

So what was said?

It was the rehashing of the 47% argument presented by Romney. As you recall during the

campaign, Romney said correctly, that it’s difficult to attract 47% of Americans, as they are effectively takers of government largesse.

Then we have Rush Limbaugh effectively reiterating that viewpoint with his now famous, or infamous statement.

In a nutshell, Limbaugh said that it’s hard to compete against Santa Claus or as El Rushbo calls him, Barackoclaus. Evidently, this truism is somehow controversial.

Paul Rosenberg writes in that well-known right-wing journal, Al Jazeera, that Rush is lying about Barackoclaus. Rosenberg wrote, “We are not a country of children – what Democrats

are offering is not something for nothing, and alternative or opposition to work, but a fairer system overall.”

Well Paul, that is exactly what they are offering. The Dems do, in fact, treat their constituents like children and they most certainly offer, not something but everything for nothing. And as for an alternative or opposition to work, you may recall Obama recently rescinded the work requirements for receiving welfare. I guess not having to work is just part of the Democrats “fairer system”.

Republicans, not wanting to be left out of the pander parade, joined the fray, ganging up on Limbaugh and Romney.

Bobby Jindal, who is thought by many to be a rising star in the Republican Party said, “In order for the GOP to be competitive, it has to go after 100% of the vote, not 53%. We need to go after every single vote.”

There’s the politician coming out, not the conservative. People are not people, just votes to be manipulated.

Newt Gingrich who is thought to be a stalwart conservative (he’s not, but many consider him as such) stated, “You have to start with the idea of inclusion, and I draw a distinction between outreach and inclusion. Outreach is when 5 white guys have a meeting and call you. 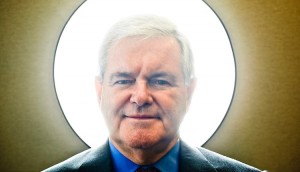 Inclusion is when you’re in the meeting.”

I suppose white guys are the only guys who have meetings. Rather racist I’d say.

Well, I’m sorry for all the Republican politicians who refuse to see Limbaugh’s comments for what they are. Santa Claus simply represents redistribution. It’s as simple as that and you are either for it or against.

The Democrats have been portraying themselves as Santa Claus for decades and evidently they are doing quite well.

When the majority of younger voters, 18 to 29-year-olds, prefer socialism over capitalism, there is a serious education problem.

The only option for Republicans is education, but first the Republicans have to believe in capitalism. But the fact is, many big government progressive Republicans don’t fully buy

into capitalism. Socialism-lite won’t peel people away from the Santacrats.

We need real world conservatives that are willing to just go out, exclaim their conservative views, explain them in plain English and defend them without worrying about offending anyone and pandering to everyone.

If a majority of voters don’t want to hear the truth or be educated, then we lose. But at least then we have our answer. People do in fact prefer Santa Claus.

For every point made by conservative one must have a real world explanation. Don’t speak of the economy in general; speak in specifics which ordinary people can understand.

I’ve said it before, but it bears repeating – liberals can do and say anything without repercussion or question. They are able to say things like, “I’m for the middle class”, knowing full well that means absolutely nothing to anyone. But then it doesn’t matter, does it. They know they will never be questioned. That’s just the way it is. They’ll promise any group anything. Whether they deliver or not is simply never to be examined.

Here’s just one example that is easy for virtually anyone to understand.

Undocumented workers come to this country to do the jobs that Americans just won’t do. What do you say to that?

Well, the statement is a nonstarter. Illegally sneaking across the border has nothing to do with a job an American won’t do.

It’s like a guy that steals your car and the police catch him. Rather than arresting him, they pick you up and take you to his house where they explain, “Look, he is utilizing your car 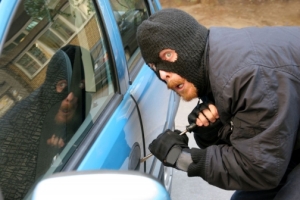 better than you did. He is taking food to the elderly and winter coats to the homeless”. Would you then say, okay, then, he can just keep my car. Of course not. You would demand your car back and that he be arrested.

It used to be that politicians, even Ronald Reagan, could paint in broad-brush strokes. Not anymore. The education of our population is so woefully lacking that we no longer have that luxury. If we hope to win anything anymore, nationally, we must educate the public.