Tweet
Research suggests low-carb diets are the most effective diets to manage type 2 diabetes but the benefits may be limited to a short, six-month timeframe
dml5050/Depositphotos

A new systematic review and meta-analysis published in the British Medical Journal has concluded adhering to a low-carbohydrate diet for six months is the most effective dietary strategy to put type 2 diabetes into remission. END_OF_DOCUMENT_TOKEN_TO_BE_REPLACED

A Minnesota man with terminal cancer was miraculously cured while working to restore an old, abandoned church that needed as much as care as he did.

Greg Thomas of Montgomery, Minnesota, was diagnosed with stage 4 cancer in his head and neck three years ago, KARE11 News reports. He has since had difficult swallowing and uses a feeding tube for nutrition.

Now, after spending months restoring the old wood-framed chapel, his cancer is believed to be in remission. 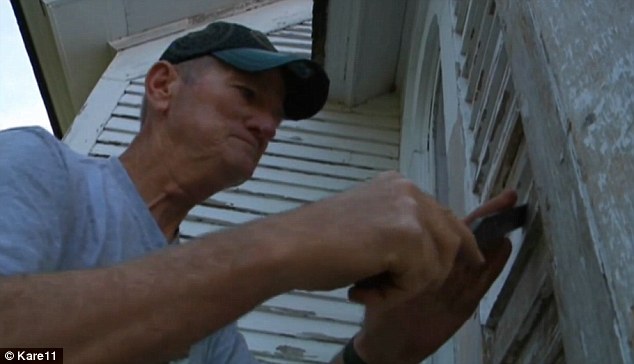 Greg Thomas, a cancer survivor, works on  restoring the 126-year-old church he stumbled upon 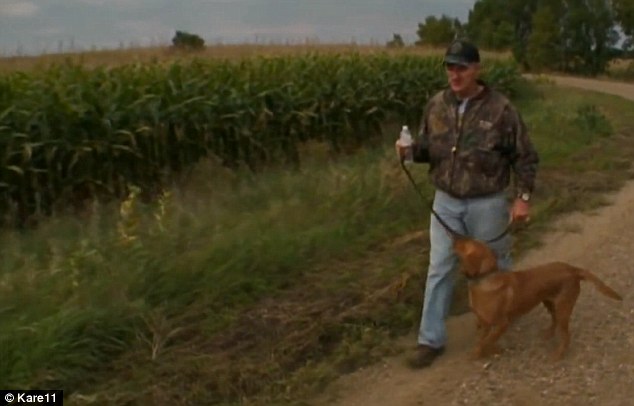 Thomas walks with his dog

Thomas, who was 57 at the time of his diagnosis, was laid off from his job delivering propane.

‘When I found out that I had cancer, they told my family to go ahead and start planning my funeral,” he told KARE11.

To cope with his stress he started taking long walks though the countryside with his dog.

Thomas came across the old church during one of those walks. The foundation was decaying and the paint was  peeling. 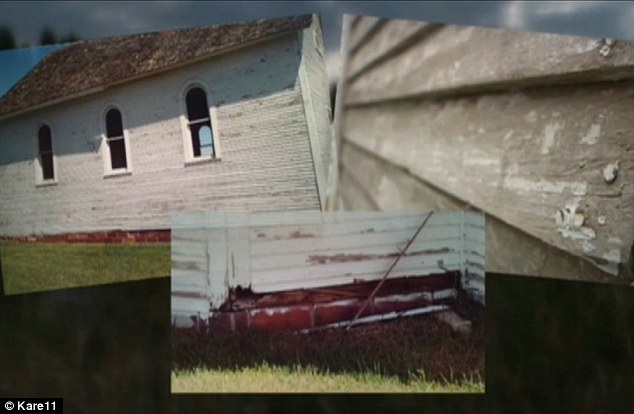 He attempted to go inside the chapel when he first noticed it, but it was locked. So he sat on the steps for a while.

Built in 1868 by Catholic Czech settlers who later moved to a bigger parish, the old Church had not housed a congregation in  more than a century.

One day, Thomas decided to reach out to the few people living close to the church. 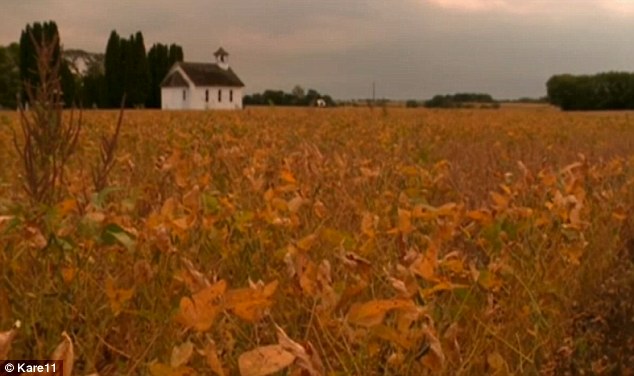 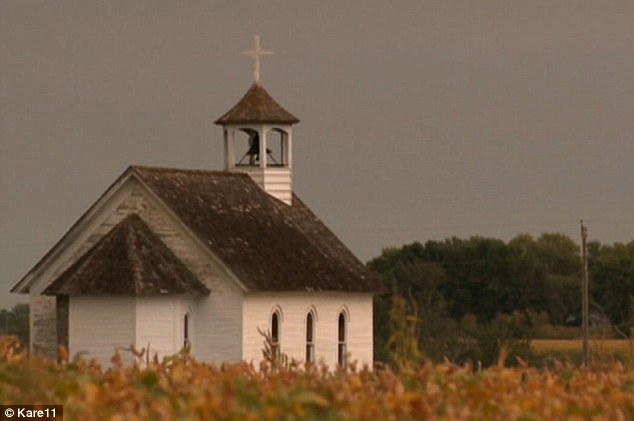 With his cancer in remission, Thomas continues to work on the church

He was out of work, and thought fixing up the structure would give him a sort of sanctuary.

‘He went to a neighbor and said he wanted to paint the church, and who does he talk to, so the neighbor sent him to talk to me,’ Don Rynda, treasurer of the foundation that keeps up the church cemetery’,  told KARE11.

Thomas went to repairing the church soon after.

Now the old chapel is freshly clothed in white and Thomas’s cancer is in remission.

Thomas said he plans to continue his work on the church, moving on to the roof and the interior next.