Although I don’t agree will all the following points of this article, Mr. Livingston does make one think.

Don’t worry over the so-called fiscal cliff. It is just the latest in a long line of crises created by the elected sociopath class as another ploy to extract more wealth from the American people and further advance its agenda.

The cliff you need to worry about is the one we are barreling toward regardless of how the fiscal cliff negotiations turn out. It’s the hyperinflation cliff. It’s dead ahead. It has become unavoidable. The Nation is in default.

The fiscal cliff is the term adopted to refer to the end of the misnamed George Bush tax cuts (which expire on Dec. 31 and because Obama extended them in 2010, so we will rightly call them Obama tax cuts) and sequestration ($1.2 trillion in cuts to social programs and defense spending that kick in on Jan. 1 barring a budget deal). It’s an unpalatable option to the political class because the political class hates cutting government — which reduces the power of the state — and uses a progressive tax rate to help reinforce the Hegelian dialectic.

President Barack Obama and his redistributionist minions have drawn a line in the sand over the misnamed George W. Bush tax cuts. Obama wants to end his own tax cuts on those making more than $200,000 ($250,000 for joint filers). This, despite his statement in 2010: “You don’t raise taxes in a recession.”

The United States remains in the old or has entered into a new recession. As John Williams of Shadowstats.com writes here1 (subscription required): “[T]here has been no recovery in economic activity, since the economy plunged from 2006/2007 into mid-2009, just ongoing low-level stagnation. Reporting of retail sales, production and durable 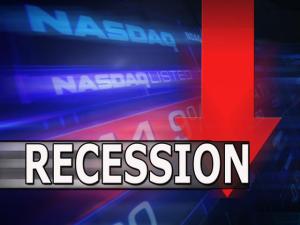 goods orders shows the economy turning down, once again, into what will become recognized as the second-dip of a double-dip recession, likely timed from third-quarter 2012. The reality remains that current economic woes are an ongoing part of protracted economic collapse, not the beginning of a new cycle.”

Federal Reserve Chairman Ben Bernanke has instituted QE3 to infinity. This will serve to prop up banks and the establishment, but it will hasten the demise of the dollar. (Watch the prices of gold and silver for confirmation.) It’s out-and-out theft from the American worker, saver and retiree.

QE3 and the unwillingness of the political class to make substantial and substantive cuts to government have prompted Williams to shorten his outer hyperinflation timeline from 2018 to 2014.

America is a warfare/welfare state2. A full 20 percent ($718 billion) of the Federal budget in 20113 was spent on perpetual war, defense and security-related international activities. “This portion of the budget is untouchable,” according the warfare wing of both parties. 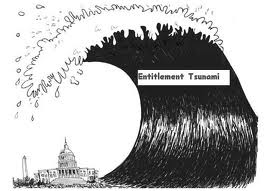 “These are untouchable,” according to redistributionist class of both parties.

And 20 percent ($731 billion) paid for Social Security, which provided retirement benefits to 35.6 million workers and other benefits to another 19.8 million spouses and children of retired workers, spouses and children of deceased workers, disabled workers and their eligible dependents. Social Security is considered an entitlement program, but it should not be since it is supposedly funded by money confiscated from workers — who had no say in the matter — to fund their retirement. The program was long ago looted by the elites and is the biggest Ponzi scheme in history. “Social Security is sacrosanct and untouchable,” leadership of both parties lie to you as they confiscate the funds faster than they pour in.

Obama and his redistributionist minions play the class-warfare game to perfection, pitting the poor against the so-called rich in order to steal more from the middle class. Their big lie is that the “rich” pay a lower percentage of income in taxes than the poor or middle class. The politics of envy — 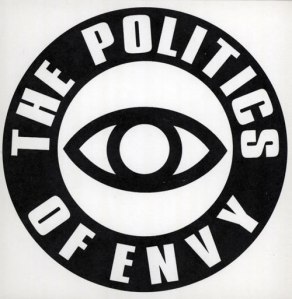 nasty, vile and green wealth envy that causes some to wish ill will or disaster on others who have enjoyed more success and has turned to hatred in the hearts of many — is advancing us toward total totalitarianism.

And now Republicans — supposedly the party of low taxes and smaller government — are joining the growing ranks of redistributionists and feeding the dialectic.

According to Internal Revenue Service data5, the highest average tax rates in America are paid by those making between $1.5 million and $2 million. Their tax rate is 25.1 percent. Tax rates then begin to fall on incomes greater than $2 million, as a greater percentage of income comes from capital gains and dividends. Still, those making more than $200 million pay an 18 percent tax rate on their adjusted gross income.

Representative Tom Price (R-Ga.) says Obama’s plan to increase taxes on the rich will generate only enough revenue to fund the Federal government for eight days7. What he doesn’t tell you is that income taxes don’t fund the government. They are simply a wealth redistribution/information gathering tool used by the government.

Price is one of the employees of the state who daily work to propagandize the masses on the idea that there is government debt and that money (sometimes called “revenue” to fool the people with doublespeak) to pay that debt must be confiscated from the masses. But there is no debt. Ask yourself this question: If you had a machine that would crank out an unlimited number of bills, would you have debt? Of course not. And that’s what government does.

Government debt is a world-class delusion. It is a tool used to justify theft and redistribution. And it has worked to perfection, pitting the have-nots against the haves, while the 1 percent (government workers and elected class) make out like the bandits they are. Meanwhile, many become ever more embittered over the idea that someone may have a greater pile of worthless green paper strips than they do.

It won’t be too much longer before people will be papering their walls with the green paper strips they’re so jealous of others for having. Study your history, and look to Weimar Germany as the example.

Workers were transporting wheelbarrows of cash to the store for bread, hoping to arrive before the prices changed. The price of coffee would triple between the time it was poured 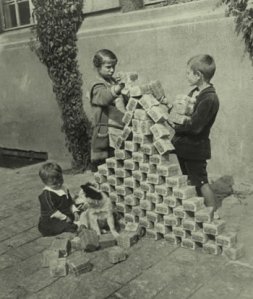 and the time it was consumed and the check arrived. Mothers prostituted themselves so their kids could be fed.

The next U.S. Great Depression is the cliff to be concerned with. Time is short. Store food (buying it now is also a hedge against inflation) and water, guns and ammunition, and personal hygiene items. Accumulate silver and gold. This Christmas, give silver as a gift that keeps giving — especially pre-1965 U.S. silver coins:

Times will be especially difficult for the unprepared and those who depend upon the system for sustenance.

So Romney is in big trouble for telling the truth regarding the percentage of Americans on some sort of governmemnt assistance. How scandalous.

Yet, in present-day America the following audio is not scandalous.

Take it away Barack:

Well then, if Obama has changed, prove it. Show me one time, where and when he has recanted the above audio. You can’t because he is still the same guy he was in ’98 or ’88 for that matter. 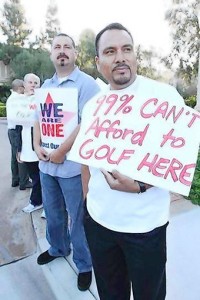 These entitlements are intended to bring about fairness and, most importantly, equality in scoring.

In addition, a Player will be limited to a maximum of one birdie or six pars in any given 18-hole round. Any excess must be given to those fellow players who have not yet scored a birdie or par.

Only after all players have received a birdie or par from the player actually making the birdie or par, can that player begin to count his pars and birdies again . 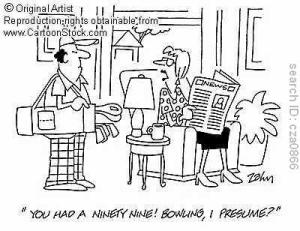 The current USGA handicap system will be used for the above purposes, but the term “net score” will be available only for scoring those players with handicaps of 18 and above.

This is intended to “re-distribute” the success of winning by making sure that in all competitions every Player above an 18 handicap will post only “net score” against every other player’s “gross score.”

These new Rules are intended to CHANGE the game of golf. Golf must be about Fairness. It should have nothing to do with ability, hard work, practice, and responsibility. This is the “Right thing to do.”

The following video is of the famous progressive firebrand, Huey Long. This redistribution speech is from December of 1934, 78 years ago. We all know the old saying, “The more things change, the more they stay the same”. Well, listen carefully to old Huey and tell me it’s not the same speech, with the same villains (new names, but the same villains), such as Big Oil and the rich. Tell me, some 78 years later, this identical speech couldn’t or wouldn’t be given by Obama or any other frothing progressive today. Huey would have received a heros welcome from the ‘Occupy Wallstreet’ crowd.