Leftist social media, in other words all social media, are turning out to look more like Joseph Goebbels version of 1930’s media, and today’s platforms are beginning to more resemble the Volksempfänger propaganda radio. END_OF_DOCUMENT_TOKEN_TO_BE_REPLACED

Horowitz: Republicans have a moral obligation to support the Pennsylvania lawsuit against universal mail-in ballots

Will we allow our election system to be upended by a single state supreme court?

Will we allow our election system for future elections to be upended by a single state supreme court, which happens to consist of partisan hacks? If the answer is no, then the only option is to fight the open lawlessness in Pennsylvania with every channel and tool of both the judicial and legislative processes.

While there is much focus on allegations of ballot fraud, there is the greatest systemic election fraud in plain sight that has still not gotten its day in the highest court in the land. END_OF_DOCUMENT_TOKEN_TO_BE_REPLACED

Mansion caretaker busted for drinking $100,000 worth of old whiskey

AP: Fifty-two bottles of  well-aged whiskey disappeared between his lips, police said, and now  it’s time for a western Pennsylvania man to settle up.

John Saunders, the former live-in caretaker of a Pittsburgh-area mansion,  faces criminal charges for allegedly drinking more than $100,000 worth  of the owner’s whiskey.

Owner Patricia Hill  found nine cases of whiskey hidden in the walls and stairwell of the  century-old Georgian mansion built by coal and coke industrialist J.P.  Brennan after she bought it in 2012. 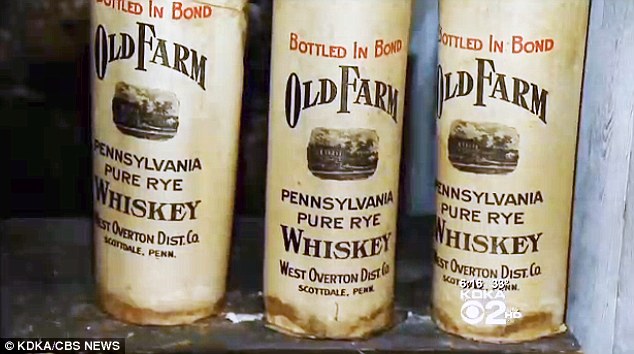 Thirsty: Caretaker John Saunders allegedly drank more than $100,000 worth of turn-of-the-century whiskey belonging to his employer 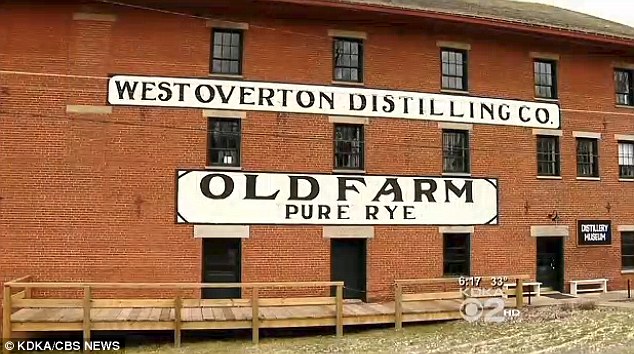 History: The West Overton Distilling Co. was one of America’s longest-serving distilleries before Prohibition closed it in 1919

WHAT THE CARETAKER HAD TO DRINK

The whiskey was made by the West Overton Distiling Co., which distilled rye for more than a century before being closed at the beginning of Prohibition in 1919.

The distillery was the family business of the Overholdts, who’s name is still attached to one of the most widely available rye whiskeys in the United States. Pre-Prohibition one of their most popular brands was Old Farm Pure Rye Whiskey. Once liquor was legal again, the family sold the Old Overholdt brand to National Distillers.

‘My guess is that Mr. Brennan ordered 10 cases…pre-Prohibition,” said  Hill, a New Yorker who bought the house to convert it into a  bed-and-breakfast. ‘I was told by his family that family members used to greet him at the door each day with a shot of whiskey.’

Saunders, 62, of Irwin, was charged with receiving stolen property and theft.

A preliminary hearing is scheduled for Wednesday.

Hill told police Chief Barry Pritts she stored the whiskey in the original  cases, which contained 12 bottles each.

After Saunders moved out, Hill  said she discovered last March that the bottles in four cases were  empty.

Saunders initially denied drinking the  whiskey when questioned by police, but Pritts said a DNA linked him to  three of the empty bottles.

A phone listing for Saunders could not immediately be located Friday. 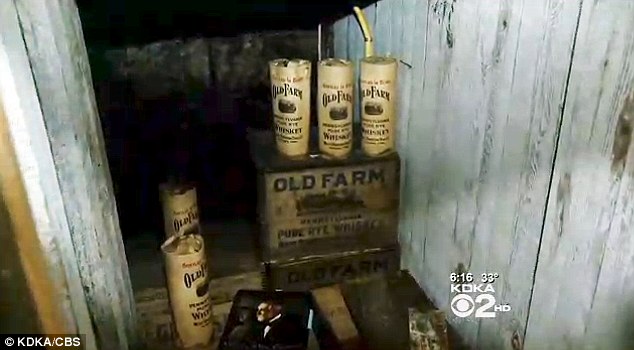 Treasure: Owner Patricia Hill found nine cases of whiskey hidden in the walls and stairwell of the century-old Georgian mansion built by coal and coke industrialist J.P. Brennan after she bought it in 2012