Now, politically speaking – I’m disappointed, but not surprised. A lot of NFL team owners are left-leaning as are many at the league office and players. They also have a tendency to be spineless and therefore bow to every “we have to do something” mantra. So wanting to regulate human behavior isn’t really that foreign to them. END_OF_DOCUMENT_TOKEN_TO_BE_REPLACED 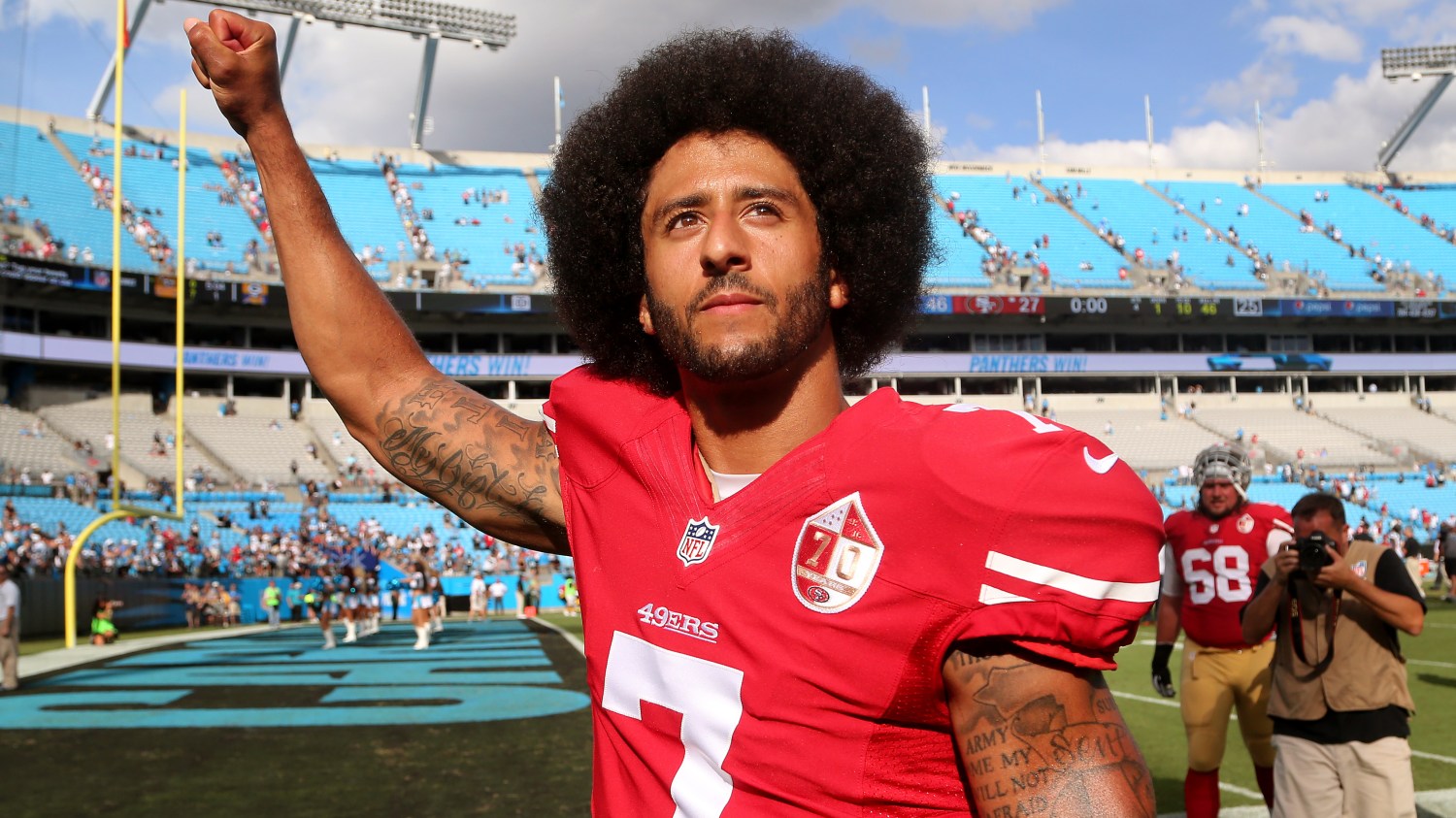 Kaepernick has not played professional football since 2016, but a source close to the former quarterback said he’s ready to go if called upon. The Miami Dolphins traded their starting quarterback Friday, creating a vacancy Kaepernick could potentially fill. END_OF_DOCUMENT_TOKEN_TO_BE_REPLACED

It was August 1, 1988. Remember the date? Maybe not, unless you’re a common sense, right thinking conservative. It was the first day of Rush Limbaugh’s nationally syndicated radio talk show. And it was the beginning of the new conservative movement. One that the everyman, like you and me, could be part of.

The show took off like a rocket. No one had ever heard such things, particularly from the boring, deadpan, AM dial.

And why did it become an instant an enduring success? First was the shock factor. People, me included, couldn’t believe what we were hearing. “Can you believe what that Limbaugh guy said on the radio,” was a common refrain.

And second, and more importantly, Rush gave voice to what we were thinking. It’s just that simple. Finally there was a guy in the media who actually thought like us – believed what we did, and was not shy about expressing it. In a sea of liberalism from the left and measured politispeak from the right, Limbaugh was breath of fresh air. END_OF_DOCUMENT_TOKEN_TO_BE_REPLACED

The National Football League has made the headlines recently. Unfortunately, not for the right reasons.

This weekend was the kickoff of the 2016 NFL season. Being that it long-ago supplanted baseball as America’s pastime, one would expect it to be in the news – that and fantasy football has become a nationwide obsession.

Yet it is the ridiculous antics of a few players which have stolen the headlines. It’s well known what the San Francisco quarterback did during the preseason. By sitting or taking a knee during the pregame national anthem, he has injected politics into the NFL. Since then, a few others have followed suit, claiming they too are taking a stand (or a seat, or a knee) against racism and oppression in America – the pet cause of charlatans and race-hustlers.

And for the antics that detract from the game we love, the NFL does nothing and says little – no fines, no game suspensions – nothing. We all know these fools have every right to protest and support their phony cause – and to that I am in full agreement. END_OF_DOCUMENT_TOKEN_TO_BE_REPLACED

Today I discuss the NFL and it’s desire to be all inclusive. And such it is with the LGBT community as it is revealed the NFL bribed the then St Louis Rams into drafting the league’s first openly homosexual player, Michael Sam.

I also discuss ISIS and their evident want to attack Europe’s nuclear facilities, either with explosives or more likely a cyber-attack. Experts are also increasingly warning of dirty bomb attacks in Europe. How long will it be before reports leak that ISIS plans to do the same in America? END_OF_DOCUMENT_TOKEN_TO_BE_REPLACED

In 2003 the National Football League instituted a hiring practice called the Rooney Rule. The rule was named for Dan Rooney, the owner of the Pittsburgh Steelers and chairman of the NFL diversity committee and a big liberal. The rule mandates that every NFL team interview at least one minority candidate for a head coaching and executive positions. By minority, they actually only mean black applicants.

The reason for this mandate is that about 70% of all NFL players are black whereas virtually all head coaches and G.M.s are white. To Rooney and the diversity committee, this would not do. It was like black players doing their white masters bidding all over again. This new rule was a perfect solution for the guilty white liberal owners.

After its institution, the rule was immediately criticized by activists and academia that it was mere window dressing as it only applied to head coaching positions, not to assistants. At no time has anyone on the committee pondered the merit based system of hiring that has worked for so many years and produced some of sports greatest head coaches. END_OF_DOCUMENT_TOKEN_TO_BE_REPLACED