I guess “cheaper” is relative. 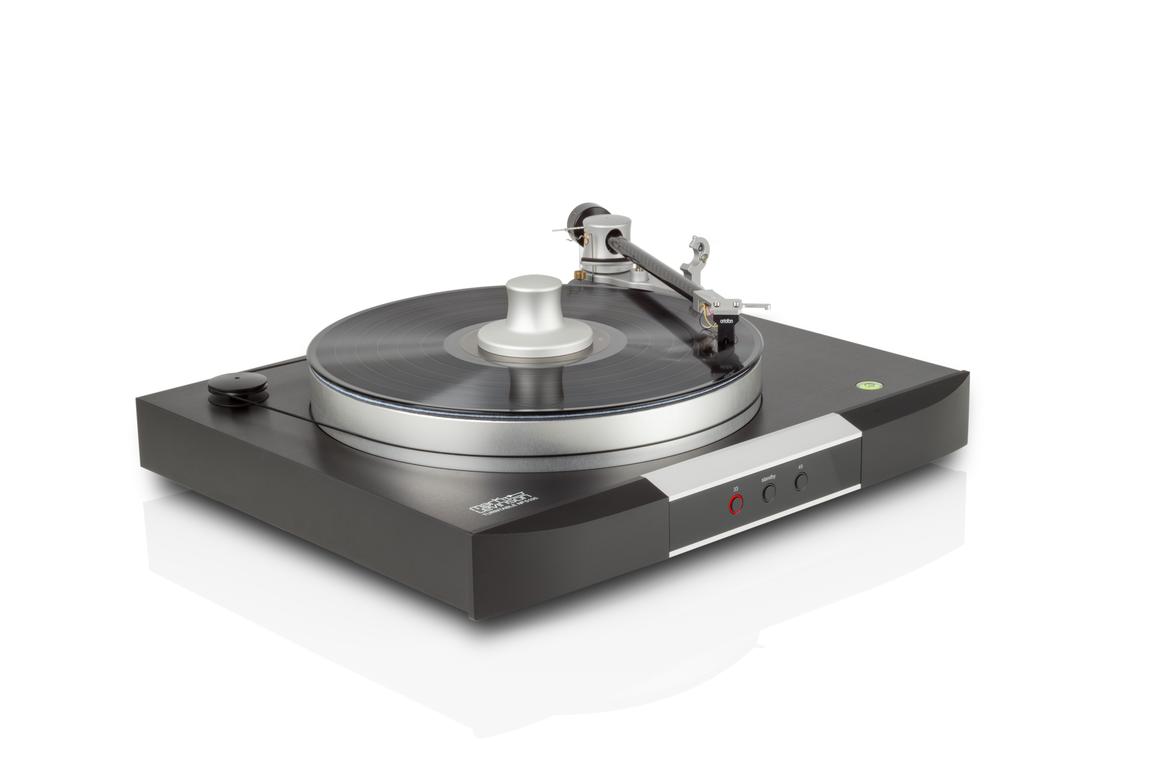 Mark Levinson has been in the audio business for nearly 50 years, and if you’re not familiar with the company from its hi-fi gear, then you may have heard the Harman brand’s sound systems in cars like the Lexus RC350. The company launched its first turntable at CES 2017, and has now returned to Las Vegas with its second – № 5105. END_OF_DOCUMENT_TOKEN_TO_BE_REPLACED

Dave Brubeck, the pioneering jazz composer and pianist and one of the grand old men of American music, has died of heart failure. He would have been 92 today.

Russell Gloyd, Brubeck’s manager, said the jazz musician died yesterday morning of heart failure while on his way to a cardiology appointment with one of his sons at

David Warren Brubeck, who was born in Concord, California, on 6 December 1920, achieved astonishing popularity for his craft: he had the first million-selling jazz album, 1959’s Time Out, and was also the first modern jazz musician to be pictured on the cover of Time magazine.

The Dave Brubeck Quartet’s pieces such asTake Five have become became enduring standards and owed much to the graceful alto saxophone playing of composer Paul Desmond. That song became the group’s signature theme and although Take Five, and Blue Rondo à la Turk were staples at his concerts for decades, he didn’t mind calls for the obvious choices. “Ho

w could I get bored? They come out different every time I play them,” he once joked. Joe Dodge on drums and Bob Bates on bass made up the quartet.

Brubeck was in the thick of jazz’s evolution from swing and bebop to hard bop, cool jazz, and orchestral jazz with a global flavour. He was always willing to take on a challenge, whether it was performing with classical star Yo-Yo Ma or composing a jazz-opera version of the John Steinbeck novel Cannery Row. He was the subject of an acclaimed documentary film by Clint Eastwood called Dave Brubeck – In His Own Sweet Way,in 2010.

Brubeck was also broad-minded about music. When his 80th birthday was celebrated in London with a concert featuring the London Symphony Orchestra, he told British jazz musicians about his deep admiration for some of the founding fathers of traditional jazz, and waxed lyrical about his love of ‘swing music’.

After the quartet’s break-up in 1967, Brubeck appeared in a band wit

h Gerry Mulligan and later formed a group with three of his own sons: Darius, Chris and Danny. He continued to tour the world in later years, playing concerts across Europe.

Brubeck performed for Pope John Paul II and for eight U.S. presidents, including Ronald Reagan, whose 1988 summit with Soviet leader Mikhail Gorbachev in Moscow included a concert by the jazz maestro.

Brubeck received the National Medal of the Arts, presented at the White House, and he won a Grammy in 1996 for lifetime achievement. The Brubeck Institute, whose honorary chairman is the actor Eastwood, was created by the University of the Pacific to support jazz students and promote Brubeck’s music.

“Once when asked how I would like to be remembered, I answered, ‘As someone who opened doors,’” Brubeck said.

ons of the other band members.

The 34-year-old said he was “up for it” and John Lennon’s son, Sean, and George Harrison’s son, Dhani, had also shown support for the idea, although Ringo Starr’s son, drummer Zak, was less keen.

James told the BBC: “I don’t think it’s something that Zak wants to do.

“Maybe Jason [another of Starr’s sons and also a drummer] would want to do it.

James said that the idea had already been mooted “a little bit”.

Asked if a new Beatles could happen, he said: “Yeah, hopefully, naturally. I don’t know, you’d have to wait and see. The will of God, nature’s support, I guess. So yeah, maybe.”

The singer-songwriter, who’s played guitar on two his father’s albums Flaming Pie and Driving Rain, is following in his father’s footsteps by playing a gig at Liverpool’s famous Cavern Club on Tuesday.

The Cavern is where the Beatles played dozens of gigs before hitting the big time.

James said is had been “beautiful” working with his father, who co-produced two of his EPs, including sessions at the Abbey Road studios.

Asked about his relationship with Sir Paul, he said: “It’s amazing. Sometimes in the past, a few years ago, it can be difficult, it can be tense, like families can get.

But beyond that it’s beautiful. “He’s a genius, he’s beyond genius, and he’s a big inspiration. Very intellectual and obviously amazing at what he does, so it’s great fun.

He helps me get in tune with myself and be the best person that I can be.”

James admitted that having the name McCartney was “a help” in the music business and it was “an honour” to be connected to his father.

He said that as a schoolboy he’d dreamt of “being better than The Beatles”, adding: “I’m not sure if I can do that. If anything, I would love to be equal to The Beatles – but even that’s quite tough.”

All of the Beatles boys have taken after their fathers. McCartney has played guitar on two of his father’s albums, and is playing a show at the Cavern Club in Liverpool, where the Beatles cut their teeth.

Starkey has drummed for the likes of The Who and Oasis, Harrison is the frontman of thenewno2 and Lennon is a successful singer-songwriter in New York.