Back in January of this year, the Associated Press reported that, “a Salvadoran immigrant, Wilber Ernesto Martinez-Guzman,” was charged in Nevada with four counts of murder. The murders were committed during robberies in an attempt to get money to buy methamphetamine.

The murders happened over a period of 5 days, between January 10 and 15. Three of the four victims were elderly – 74-year-old Sophia Renken, 81-year-old Gerald David, and his 80-year-old wife, Sharon David, as well as 56 old Connie Koontz.

But Guzman wasn’t just an “immigrant,” as the left likes to classify everyone. He’s an ILLEGAL immigrant, who has been in the U.S. for a year or so. He has family that lives in Carson City. Their status was unreported.

Guzman, who at first lied and claimed his innocence, finally broke down during a three hour interrogation, that he did in fact kill the four.

Washoe County Sheriff’s Detective Stefanie Brady said that he admitted to shooting all four – that, “he shot the victims ‘because of the drugs.’” And the murders were committed with a gun Guzman stole from the David residence. END_OF_DOCUMENT_TOKEN_TO_BE_REPLACED

And frankly, very few mass-shooters are even white.

And why? Well, two reasons. Their hatred of guns and their disdain for President Trump.

Most will be shocked to hear that in 2019, the number of mass shootings already ranges from 200 to 255 nationwide. According to HuffPost, “the grim tally now stands at 255.” I won’t dispute the accuracy of this claim here. END_OF_DOCUMENT_TOKEN_TO_BE_REPLACED

We Killed God, Family, And Community — And Now It’s Killing Us

We have discarded social institutions that have helped people understand their value and place in the world for thousands of years. And their decline is not just mirrored in the rise of mass shootings.

Once upon a time, you had meaning. You knew you had meaning because you had a mom and a dad who told you so, a God who loved you, and a community that needed you.

Once upon a time, if something happened to you, a significant number of people would mourn your death — not only because you were a good person and a good friend, but also because the community would suffer without your presence and skills. Now, the vast majority of people can barely count on one hand the number of people whose life would be truly altered by their passing.

For the most part, it can easily feel like no one cares about you anymore. Your skills are ubiquitous, you have no true community, and God doesn’t exist. So what, you may ask, is exactly the point? END_OF_DOCUMENT_TOKEN_TO_BE_REPLACED 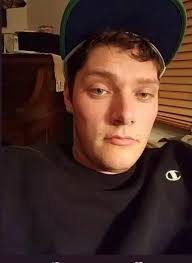 Meanwhile, the flagship CBS and NBC newscasts were still avoiding it like the plague. END_OF_DOCUMENT_TOKEN_TO_BE_REPLACED

The leftist media circulated a narrative about mass-shootings last year in which they claimed there were 307 mass shootings in 2018.

Of course, almost none of them were actual mass-shootings, but it’s enough to prompt democrats into another round of gun bans.

Senator Diane Feinstein and her cast or cronies have introduced the Assault Weapons Ban of 2019. END_OF_DOCUMENT_TOKEN_TO_BE_REPLACED

Funny thing about school shootings. No I don’t mean they’re funny. I mean it’s odd that they used to be called mass-shootings, and not too long ago. I discuss why I believe this is so.

I also discuss the thankfully now-defunked “Active Shooter” online video game and just how evil must one be to come up with such a thing. END_OF_DOCUMENT_TOKEN_TO_BE_REPLACED

Garbage in – garbage out. We see it all the time. It certainly isn’t the machines fault. You can’t blame the computer. In other

words – it’s like the old saying, that the equipment is only as good as its operator.

We found this out the hard way on Sunday as Devin Patrick Kelley went on his killing rampage at the Sutherland Springs Baptist Church.

It was discovered that Kelley should not have been able to purchase the firearms he used due to a felony domestic assault charge on his wife and her child while serving in the Air Force.

However, until this last act, not a single background check of any kind would have prevented any of the mass-shootings. But this one was different. As it turns out a background check may have been able to prevent the Texas murders, or at least made it more difficult for the whack-job Kelley to obtain his weapons.

But as I stated, a background check, like a piece of equipment, is only as good as its operator. In this case the operator was the United States Air Force, and the job was simply to add Kelley’s felony conviction to the federal database, thus preventing him from legally buying guns. END_OF_DOCUMENT_TOKEN_TO_BE_REPLACED

First, I apologize, but I had almost immediate technical difficulties, so the podcast, after the opening, is in audio only. Such is life.

In this podcast, I give conservatives and gun rights advocates a little additional ammunition (pardon the pun) to combat the left’s soundbite arguments for confiscating our guns (which is truly what they desire), as well as an explanation of both the amendment process of the Constitution and the Second Amendment itself.

It’s surprising how many on our side cannot effectively argue these points. I hope this helps. END_OF_DOCUMENT_TOKEN_TO_BE_REPLACED