As you read this article, bear in mind a couple of important caveats. Yes, it’s good that residents of these high-tax, high regulatory-burden deep blue States are wising up and moving out. But they are moving to predominantly red States. Although the majority of those fleeing aren’t leftists, they are more than likely liberal. And as they migrate enmasse to more conservative States, they bring with them their liberal ideas and ideology. So we end up with a migration of liberal voting blocks, which is why previously red States turn purple and eventually blue over time. Maybe red States need to expand their own border security.

According to the most recent Census Bureau data on state-to-state migration flows, 523,000 people moved to California from other states. But at the same time, more than 661,000 Californians moved to other states. 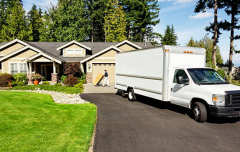 That is, on net, nearly 138,000 more people left California than moved into it from elsewhere in the US. END_OF_DOCUMENT_TOKEN_TO_BE_REPLACED

There has been much debate as to why Obama is insisting upon allowing Muslims to flood our country, while he seems bent on excluding Christians. At the same time is the continued bewilderment as to why Obama has cozied up to Iran – a country who has openly pledged to destroy us. Actually, now that I further consider it, there isn’t much debate, because no one knows why the president does what he does.

None of this has ever made any sense to the average citizen. It needs to be explained. I believe it is a combination of two reasons and they come directly from his heritage, going back to his Grandfather, Hussein Onyango Obama, who was born in Kenya around 1895. I say around 1895 because no one really knows.

In 1920 Onyango Obama’s Kenya was colonized and became British Kenya or the Colony and Protectorate of Kenya. Many Kenyans, Obama included, were not thrilled by the colonization or living under British rule.

He began to become a politically active anti-colonialist for the Kenyan Independence movement. In 1949 he was captured and jailed by the Brits, and for 6 months or so, was apparently beaten regularly. He developed a deep seeded hatred for the Brits, as well as any colonialist power. This hatred was passed to his son Barack Obama Sr. and then to his son, our president. This anti-colonial hatred is still with our president today. Recall one of his first acts as president was to remove the bust of Winston Churchill from the White House and return it to England. Many wondered why he would do such a thing. END_OF_DOCUMENT_TOKEN_TO_BE_REPLACED