For this, CNN pounced all over him and invited the nation’s top “expert” on everything coronavirus, Dr. Fauci, to join Jake Tapper in the Trump bashing. END_OF_DOCUMENT_TOKEN_TO_BE_REPLACED

Scroll Down for the Audio Version

My son and I watched the Obamacare debate between comrade Bernie Sanders and Ted Cruz the other night.

We both agreed it was the most entertaining debate we had ever watched. It was actually fun. When was last time anyone could say that of a political debate? Answer: Never!

Debates are predictable and boring. We can mostly surmise what each candidate will say before they do. And it’s always droll political double-speak. They talk and talk and never say anything. It is a practiced and smarmy art form.

But this was different, which is why it was a relative ratings bonanza. Obviously people enjoyed it as it was the night’s top-rated cable news program in the 25-54 age bracket.

What I personally found fascinating and was pleasantly surprised by were that the moderators, Jake Tapper and Dana Bash, TV news stars in their own right, made no attempt to put themselves before the two participants. Many times over the last year, the moderators attempted to steal the limelight, as it were. END_OF_DOCUMENT_TOKEN_TO_BE_REPLACED

Don’t Piss off a SEAL. Not a good idea!

Editor’s Note: Tapper said in several tweets early Saturday morning that he disagrees with TheBlaze’s characterization of his comments in the first paragraph of this story. See below for an update.

Former Navy SEAL Marcus Luttrell pushed back at CNN’s Jake Tapper after the host suggested in an interview that the “lone survivor’s” fellow veterans died for nothing. END_OF_DOCUMENT_TOKEN_TO_BE_REPLACED

A former Army staff sergeant who helped fight  off one of the largest and most brutal attacks against U.S. forces in  Afghanistan will receive the Medal of Honor next month, the White House said  Friday.

President Barack Obama will bestow the medal on Clinton Romesha of Minot, North Dakota, for his ‘courageous actions’ in  Afghanistan in 2009 while he was serving as a section leader during combat  operations against armed enemy forces at Combat Outpost Keating in the country’s  Nuristan Province.

Romesha, 31, will become the fourth living  service member to receive the nation’s highest award for valor for overseas duty  in Afghanistan or Iraq. 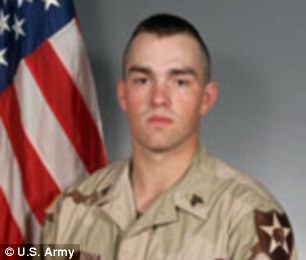 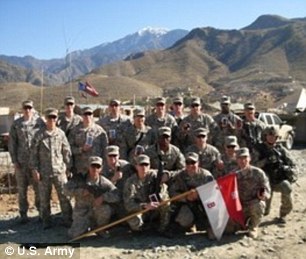 Deadly battle: The attack against Romesha and his  comrades remains one of the deadliest against coalition forces in  Afghanistan

Seven other service members have been  posthumously awarded the Medal of Honor for their actions in those  wars.

The husband and father of three was a section  leader in B Troop, 3rd Squadron, 61st Cavalry Regiment, 4th Brigade Combat Team,  4th Infantry Division, during the October 3, 2009, attack on the remote  mountaintop in eastern Afghanistan.

The attack remains one of the deadliest  against coalition forces in Afghanistan and is chronicled in the book ‘The  Outpost: An Untold Story of American Valor’ written by CNN’s Jake Tapper.

Eight U.S. soldiers were killed and two dozen  others were wounded in the battle in Nuristan as they fought against an  overwhelming Taliban insurgent force that launched the hostile attack to overrun  them.

The Taliban had been harassing the troopers  at Keating for several months, attacking them three or four times a week,  according to an account of the battle on Examiner.com. 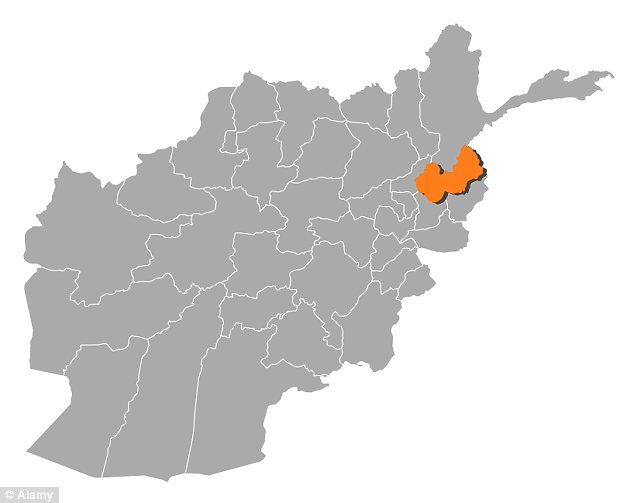 In total, 50 American, 20 Afghan and two  Latvian soldiers were stationed at the post in addition to a dozen or so Afghan  Security Guards.

Nearby, 19 American and 10 Afghan soldiers at  Observation Post Fritsche also came under heavy fire as well.

Two minutes into the attack, the first U.S.  soldier was killed as the enemy targeted the COP’s mortar pit and pinned down  the soldiers stationed at Fritsche, preventing them from providing supporting  fire to Keating.

The Afghan troops and security guards  reportedly abandoned their posts, leaving the Americans and Latvians to fight  alone. 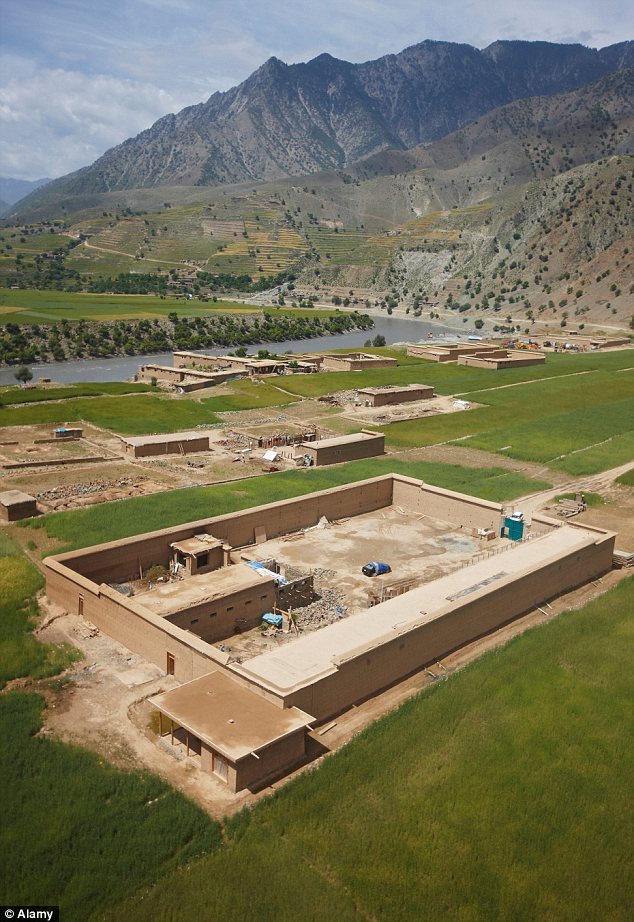 Within the first three hours of the battle,  mortars hit the two stations every 15 seconds, and in less than an hour, the  enemy swarmed Keating, eventually setting fire to the outpost and destroying  almost 70 per cent of it.

Romesha and his fellow soldiers fought back  for hours as heavy enemy fire came down on them from all directions.

The staff sergeant moved under intense enemy  fire to observe the battlefield and then went to seek reinforcements from the  barracks, according to the citation  accompanying Romesha’s Medal of Honor.

He returned to action with the support of an  assistant gunner, who is identified in ‘The Outpost’ as Corporal Justin  Gregory.

Romesha ‘took out an enemy machine gun team  and, while engaging a second, the generator he was using for cover was struck by  a rocket-propelled grenade, inflicting him with shrapnel wounds,’ according to  the citation.

Despite his injuries, Romesha continued to  fight, and as another soldier arrived to aid him he ‘rushed through the exposed  avenue to assemble additional soldiers.’

Romesha then mobilized a five-man team, which  he led back to the battle. 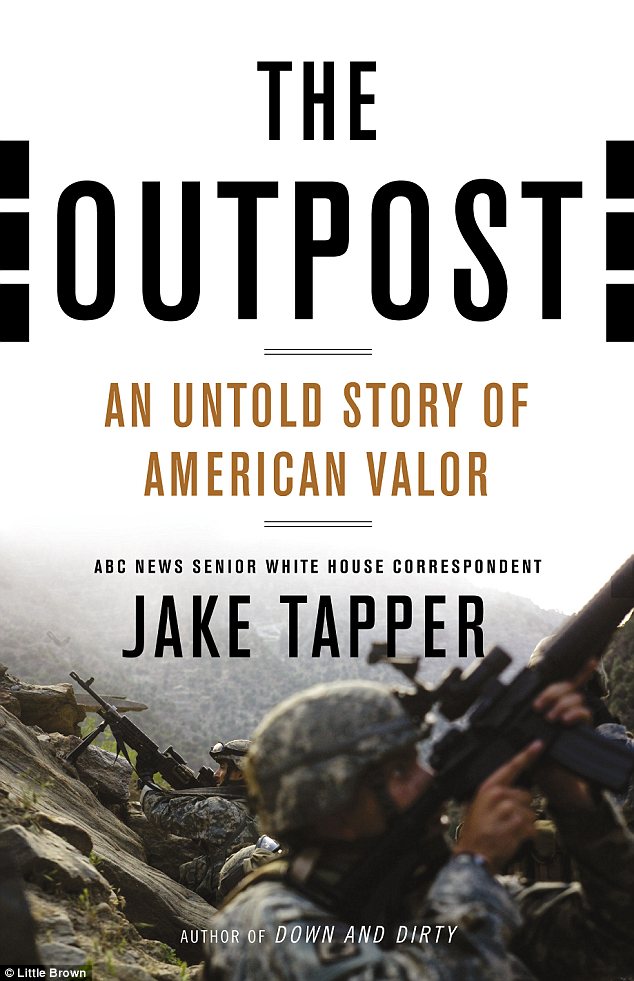 The deadly attack on Romesha and his  team is chronicled in the book ¿The Outpost: An Untold Story of American Valor  written by CNN’s Jake Tapper

‘With complete disregard for his own safety,  Romesha continually exposed himself to heavy enemy fire as he moved confidently  about the battlefield, engaging and destroying multiple enemy targets, including  three Taliban fighters who had breached the combat outpost’s perimeter,’ the  citation reads.

As the insurgent group attacked the outpost  with even ‘greater ferocity, unleashing a barrage of rocket-propelled grenades  and recoilless rifle rounds,’ Romesha ‘identified the point of attack and  directed air support to destroy over 30 enemy fighters.’

As soon as he learned that soldiers at the  other battle position were still alive, he and his team provided covering fire,  allowing three of their wounded comrades to reach the aid station, according to  the citation.

Romesha and his team also ran 100 meters  under fire to recover the bodies of their fallen comrades.

Romesha, the son of a leader of the Church of  Jesus Christ of Latter-day Saints Church in Cedarville, California, has been  described as intense, short and wiry, according to Gannett’s Army  Times.

The 31-year-old war veteran will be awarded  the Medal of Honor at the White  House on February 11, according to  the announcement.