Called FORTIS Tool Arm, the exoskeleton is capable of supporting up to 50 pounds in order to relieve fatigue for those who work with heavy machinery. 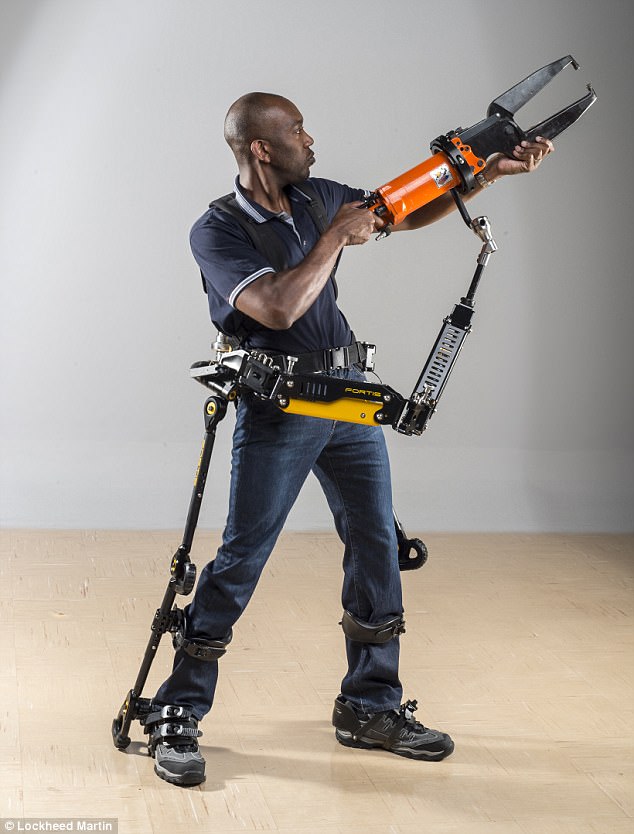 FORTIS Tool Arm is capable of supporting up to 50 pounds in order to relieve fatigue for those who work with heavy machinery. Users reported two-thirds less fatigue after using the tool, which resulted in higher quality work, greater productivity and fewer musculoskeletal injuries

END_OF_DOCUMENT_TOKEN_TO_BE_REPLACED

There was a scene in one of the Iron Man movies, I’m not sure which, where billionaire genius and mega-eccentric Tony Stark (Iron Man) gets called up before a Senate committee on Capitol Hill.

Things didn’t go the way they do in the real world – where the CEO agrees to be publicly bullied by corrupt senators and is required to be contrite as the Senate show ponies badger and berate him. Then the private sector executive is supposed to slink off with his tail between his legs.

In the movie, Tony Stark instead stands up to them and basically tells them to stick it where the sun don’t shine. He then walks out, leaving one senator bewildered and swearing at him as he exits.

As I watched this, I thought, what a pleasure it would be to see this done in real life – someone, or company, finally standing up to the feds and fighting rather than the usual acquiescence.

Sadly for corporations, it is not just the government with whom they must contend. Companies are also badgered by a plethora of radical left activist groups who make their living, or a portion of it, by shaking down private sector companies. END_OF_DOCUMENT_TOKEN_TO_BE_REPLACED