A stunningly beautiful canyon in Utah’s Zion  National Park has become so popular that park officials have instituted a  lottery for hikers who want to discover its untouched natural  beauty.

Down between two peaks called the North and  South Guardian Angels, the Subway’s low light is the perfect place for algae to  grow in vibrant and rich greens.

The park is issuing 80 permits a day to  hikers who want to visit the cylindrical slot canyon. 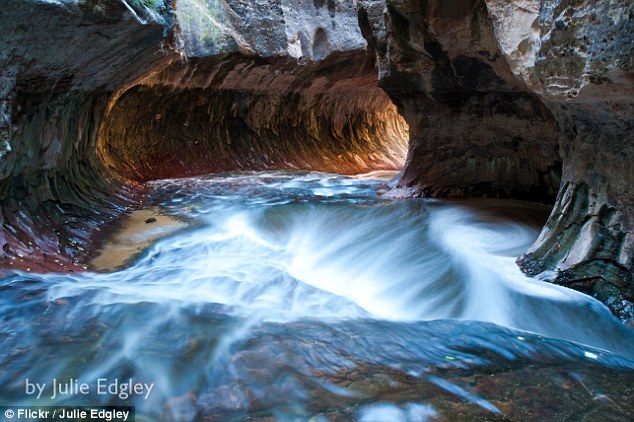 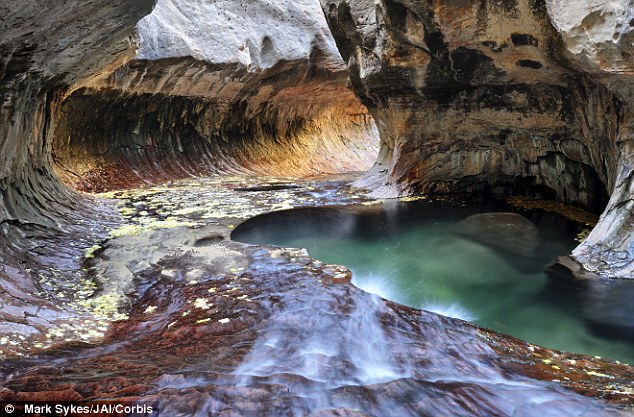 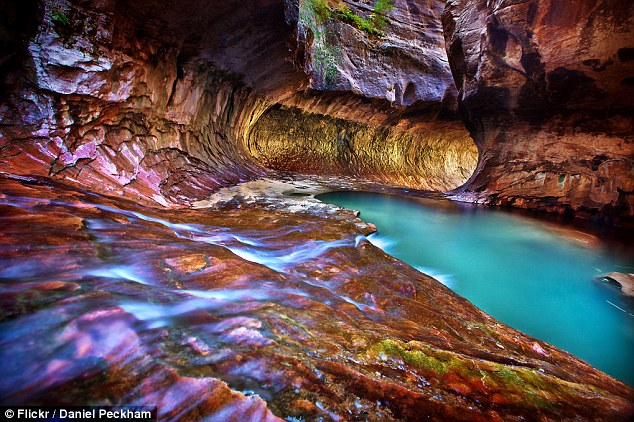 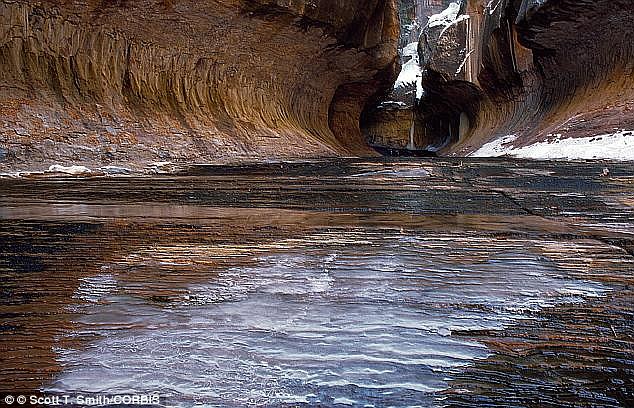 Ice forms over a canyon stream bed at the  Subway 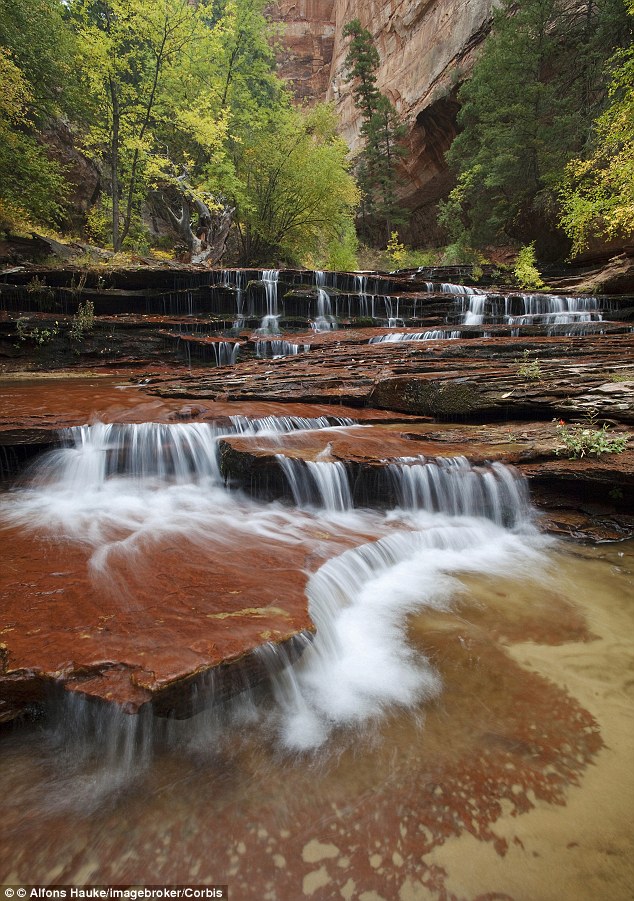 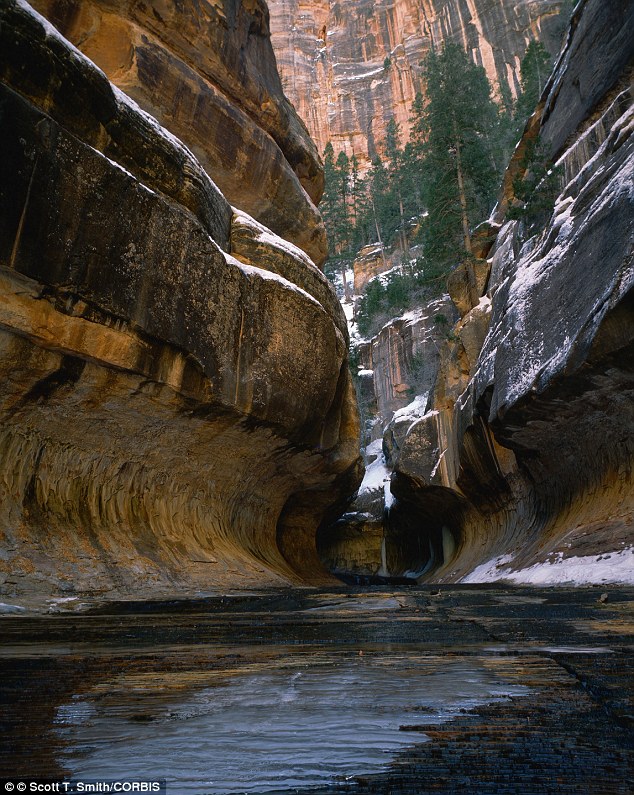 Hikers who wish to reach the Subway must  travel at least 9 miles, including rappelling

The lottery will only be done between peak  seasons between March and November when demand to journey to the gorgeous canyon  is at its highest.

Groups are limited to fewer than 12 people.

The subway itself is roughly a quarter mile  long, but finding your way to the canyon can be difficult. 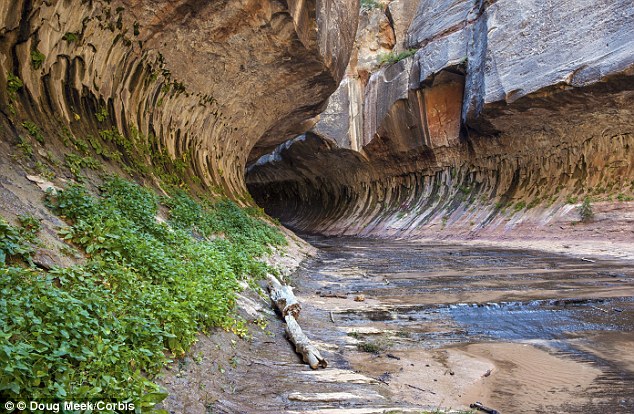 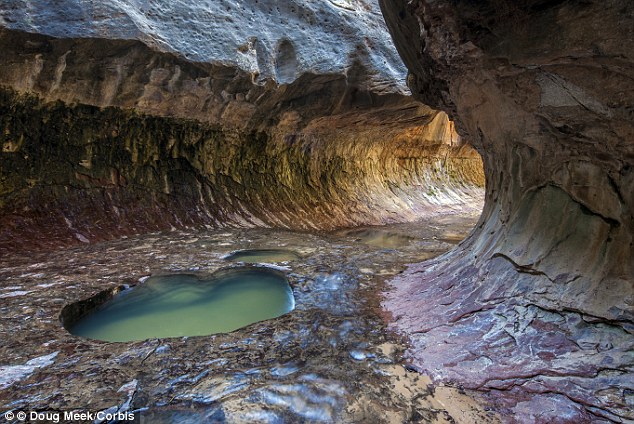 Because of the canyon’s low route, the  lighting filters gently down giving the algae a rich natural green 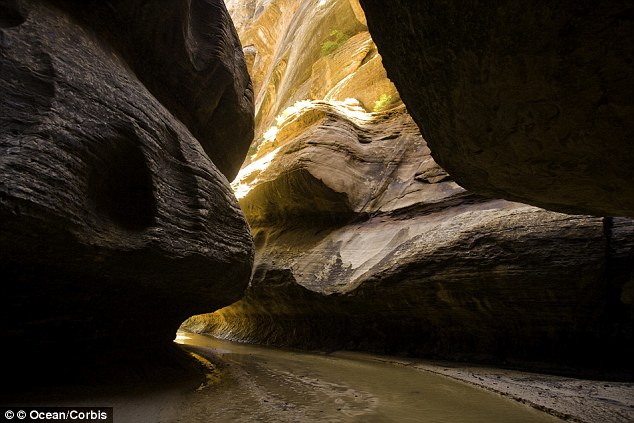 The hike is 9.5 miles round trip, and is more  difficult than a novice hiker should attempt on their own.

Hikers will face route finding, creeks that  need crossing, and boulders that must be scaled. *** 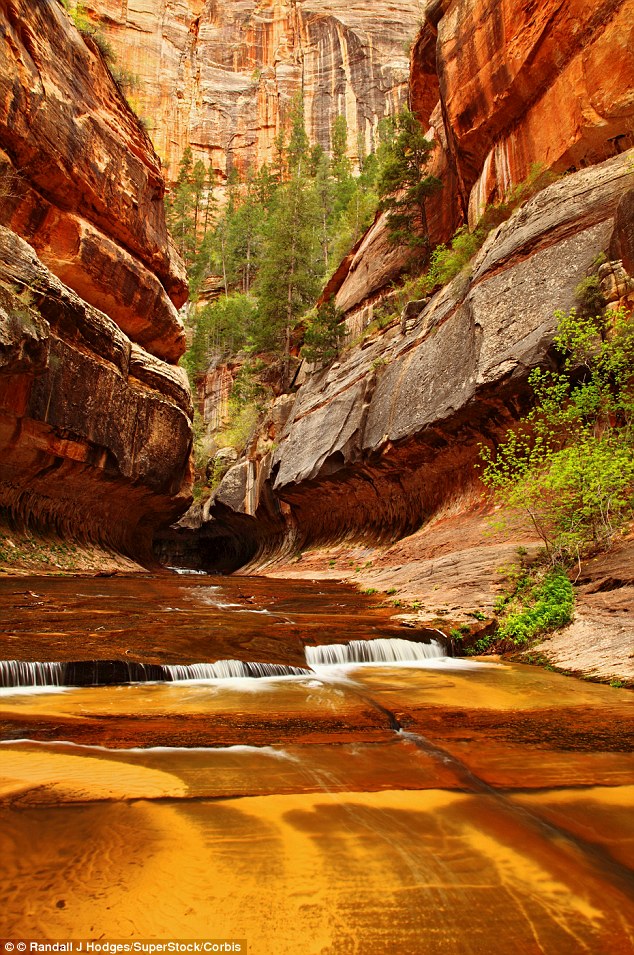 Hikers must cross boulders, swim through deep  waters, and cross creeks to reach the natural wonder 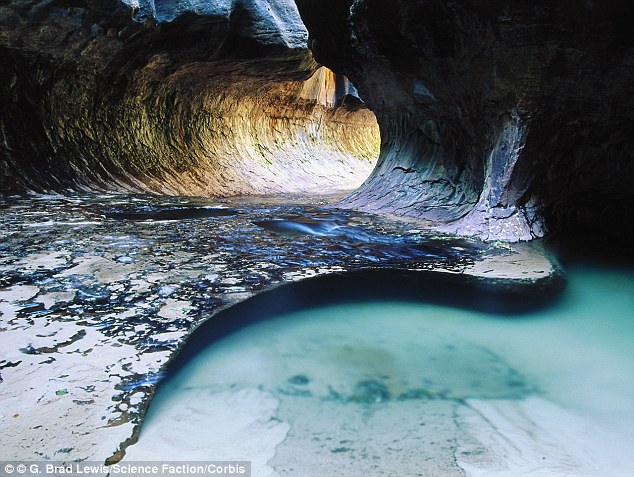 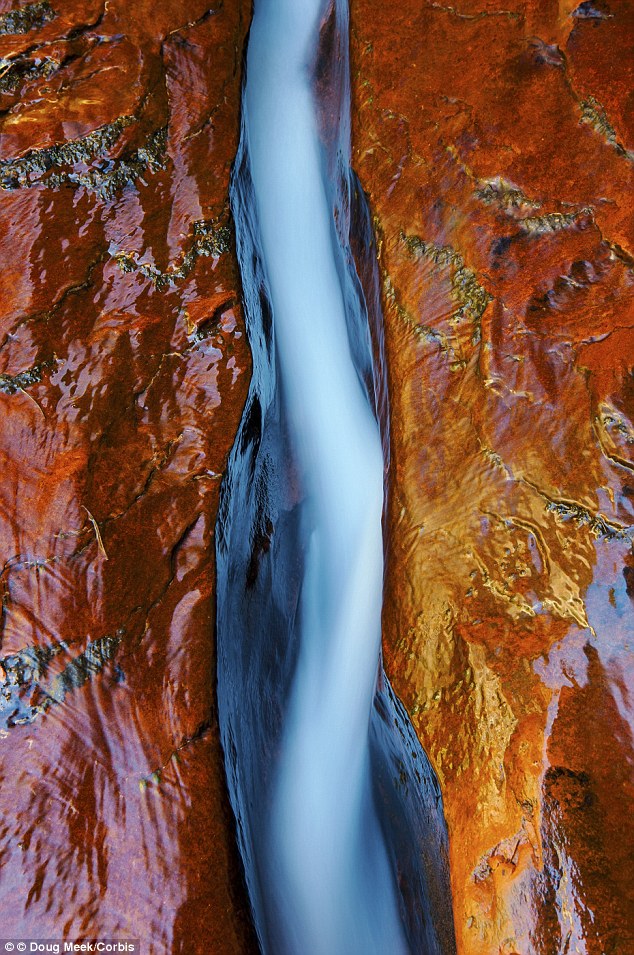 Because of the extensive obstacles, the park  encourages people who haven’t much experience  are encouraged to either  find an experienced hiker to go with or to make sure they have a detailed map  before they leave. 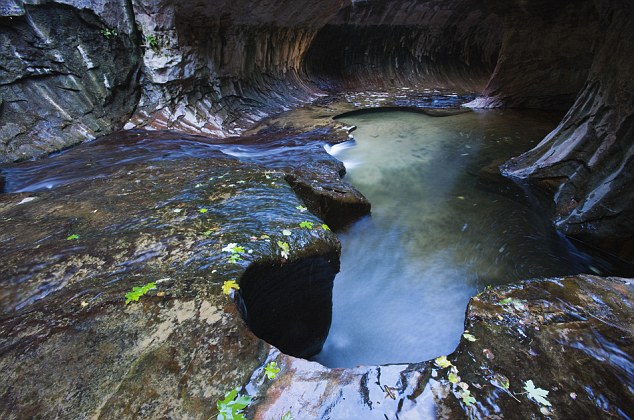 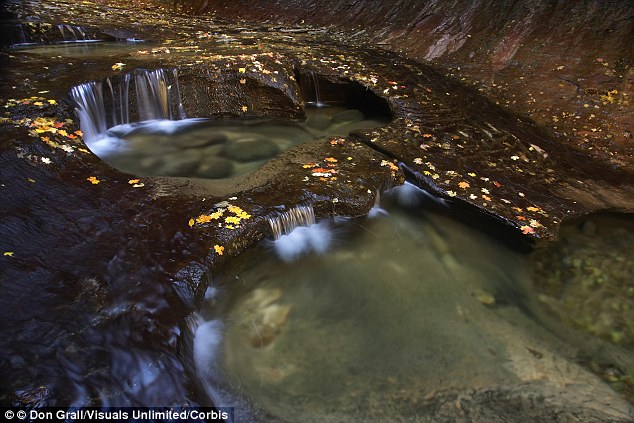 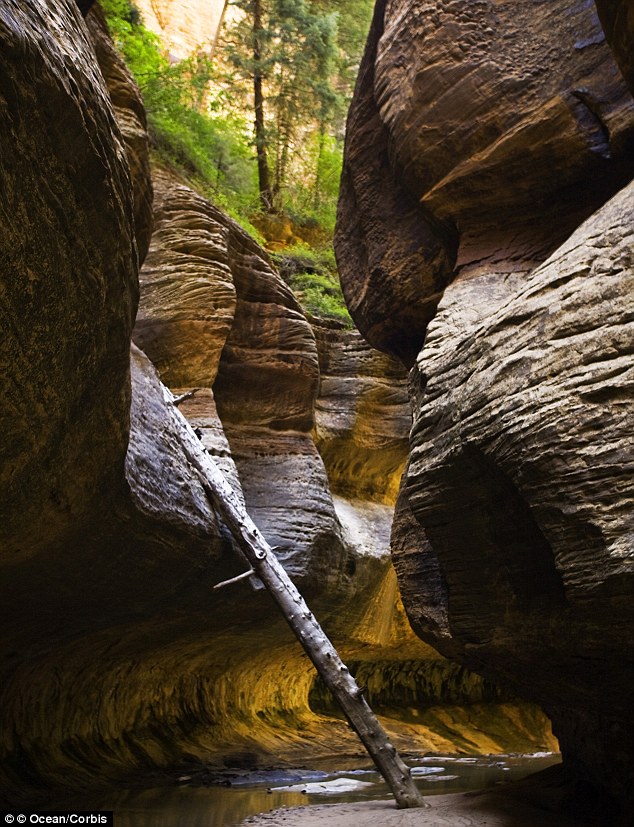 It’s even more difficult to reach The Subway  if you attempt to do it from the top down, as hikers will need to rappel on  route as well as swim through pools of cold water that will likely have debris.

But if the images that have come out are at  all accurate, the beautiful scenery is worth the hardship of reaching it.