Blue Origin President Robert Meyerson said his company is seeking a production contract with United Launch Alliance, a private company that provides satellite launches for the U.S. government and others.

He said the company will locate a production factory for the BE-4 rocket engine in Huntsville upon a contract being signed. 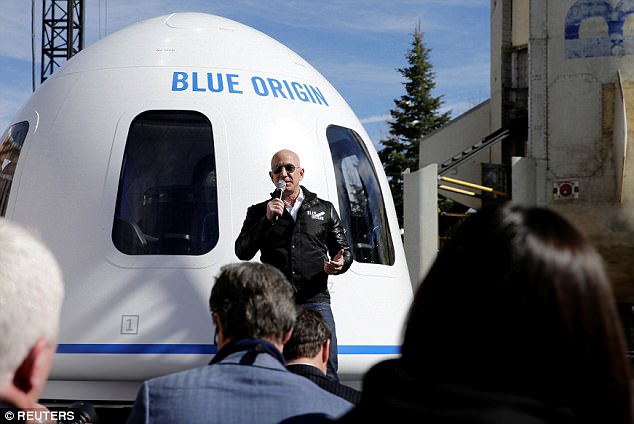 According to the company’s website, the powerful BE-4 engine is designed to end dependence on Russian-built engines for launching payloads into space. END_OF_DOCUMENT_TOKEN_TO_BE_REPLACED

In 2015, Takepart.com posted an article  citing what coastal cities will look like after the sea levels rise.

They write that, “Sea-level rise is coming. Even if we keep global temperatures from rising more than 2 degrees Celsius above historic norms—the benchmark for avoiding catastrophic climate warming—we may still see oceans creep four feet farther inland by 2100 and rise 20 feet by as soon as 2200.”

I like the hysteric hyperbole – “catastrophic climate warming” and the fact (or non-fact) that we “may” still see oceans rising – which can equally mean that we may not. It’s a trick the warming alarmists always use figuring most will not pick up the “may” and instead hear “will.” And if you buy into this nonsense, this is what you hear.

The article cites a study published in the journal Science, where researchers compared CO2 levels of today with the last time they claim the levels were similar. It was apparently 120,000 years ago when the level was roughly the same as today, at approximately 400ppm.

They claim that, “Back then, the average global temperature was around 1 to 2 degrees higher than it is now, and the sea level was about 20 feet higher.” END_OF_DOCUMENT_TOKEN_TO_BE_REPLACED

Remember the “Fight for 15,” the big progressive plan to raise the minimum wage to the arbitrarily chosen hourly base of 15

dollars? And recall that we free-market conservatives have been arguing that a mandated wage hike will not end well?

Already, the hike has taken a toll on some cities. Local and State minimum wage hikes are forcing restaurants and like service industry employers to raise their prices and/or lay off staff. Other businesses are closing up and relocating outside of cities to avoid the mandated pay hike.

Governments – federal, state and local, bowing to the pressure of a tiny minority of radicals, know not what they do.

Governments and radical activists create static charts and models showing how a massive minimum wage hike will benefit “the workers.” They never consider how the mandates will affect the employers – nor do they seem to care. They don’t understand that the private sector cannot just vote themselves more money to pay for the wage hike and further crushing regulations.

So instead of subserviently complying with government overlords, companies of all kinds are seeking to find ways around these crushing big brother decrees. And just like everything else in life – leave it to private sector innovators to find a path around Nanny State mandates. END_OF_DOCUMENT_TOKEN_TO_BE_REPLACED

Back in 2015, the Fiscal Times wrote an article describing a fear Bill Gates had. “He may be one of the world’s pivotal computing pioneers, mentioned in the same exuberantly geeky breath as Steve Wozniak, Steve Jobs, and Tim Berners-Lee. His technological exploits may have earned him over $80 billion,

making him the world’s richest man. Yet even Bill Gates is somewhat concerned about the potentially destructive power of technology.”

Point of order. Some claim Gates is no longer the richest. That moniker goes to a Spaniard Amancio Ortega, the owner of the Zara retail chain.

In the article, Gates describes his fear, like Elon Musk, of what they are calling superintelligences – “computers with cognitive and computational abilities that far surpass those of humanity.” END_OF_DOCUMENT_TOKEN_TO_BE_REPLACED

In this episode I discuss the nonsense that is the Transgender movement and how we all must not only accept but celebrate the bravery of men who think they are women and vice versa. If you don’t join in the celebration or simply use societal common sense, you, your city or state will be looked upon as heretics and punished.

In segment two I discuss Elon Musk’s latest addition to the Tesla line of electric cars – the Model 3. It’s an affordable Tesla and unlike so many other electrics, doesn’t look like a shoe box on wheels. However, this may be a problem for some who view ownership of an electric as a save-the-planet status symbol. END_OF_DOCUMENT_TOKEN_TO_BE_REPLACED

You may have seen pictures of Elon Musk, CEO of Tesla Motors, playing amateur daredevil as he tried his hand at wing walking the other day. Yes, he’s happy-go-lucky, living high on the hog – his coffers full of government largess.

So dependent upon the government for its survival, Tesla’s 2014 annual report stated: “Our growth depends in part on the availability and amount of government subsidies and economic incentives.”

That’s a pretty bold and honest statement. Let me rephrase that. It’s a pretty bold statement, for to be honest, Musk’s company depends almost entirely on the generosity of us ignorant taxpayers, in one form or another.

They don’t sell many cars, and the money they do make is through a myriad of tax credits and other government giveaways. It’s a great scheme and the model for crony corporatism.

Tesla, by all estimates is a great car, but the company couldn’t survive a year in a real free-market. Yet they are evidently not content with their current method of fleecing the American public. END_OF_DOCUMENT_TOKEN_TO_BE_REPLACED