Trump is a Jerk:
Donald Trump supporters have met an official ballot deadline in Texas, paving the way for the business mogul to become a third-party candidate there, a source close to Trump tells The Blaze. Trump himself acknowledged the filing in a statement. 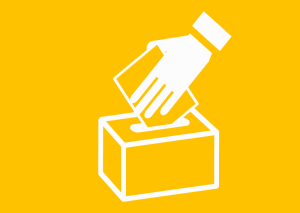 According to an email sent by the source to The Blaze on Sunday night, Trump supporters filed paperwork on Friday to create the “Make America Great Again Party,” giving Trump the opportunity — should he take advantage of it — to be on the primary ballot.

Background checks up Again:
According to the FBI, over 1.5 million background checks on customers were requested by gun dealers to the National Instant Criminal Background Check System in December. Nearly 500,000 of those were in the six days before Christmas.

It was the highest number ever in a single month, surpassing the previous record set in November.

On Dec 23 alone there were 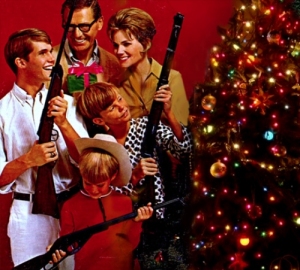 The actual number of guns bought may have been even higher if individual customers took home more than one each.
Explanations for America’s surge in gun buying include that it is a response to the stalled economy with people fearing crime waves. Another theory is that buyers are rushing to gun shops because they believe tighter firearms laws will be introduced in the future.

The National Rifle Association said people were concerned about self-defense because police officer numbers were declining.

A spokesman said: “I think there’s an increased realization that when something bad occurs it’s going to be between them and the criminal.”

Occupy the Classroom:
Does getting pepper-sprayed count as extra credit?

Columbia University is offering a new course on Occupy Wall Street next semester — sending upperclassmen and grad students into the field for full course credit.

The class is taught by Dr. Hannah Appel, who boasts about her nights camped out in Zuccotti Park. 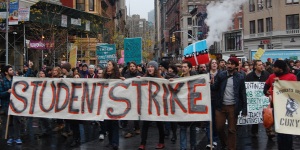 As many as 30 students will be expected to get involved in ongoing OWS projects outside the classroom, the syllabus says.

The class will be in the anthropology department and called “Occupy the Field: Global Finance, Inequality, Social Movement.” It will be divided between seminars at the Morningside Heights campus and fieldwork.

On her blog, Appel defends OWS, arguing that “it is important to push back against the rhetoric of ‘disorganization’ or ‘a movement without a message’ coming from left, right and center.”