The prints on these T-shirts certainly jump out at you.

Fans can adorn their chests with a whole host of creatures’ faces; from docile dogs to snarling bears and even a hairless  cat. 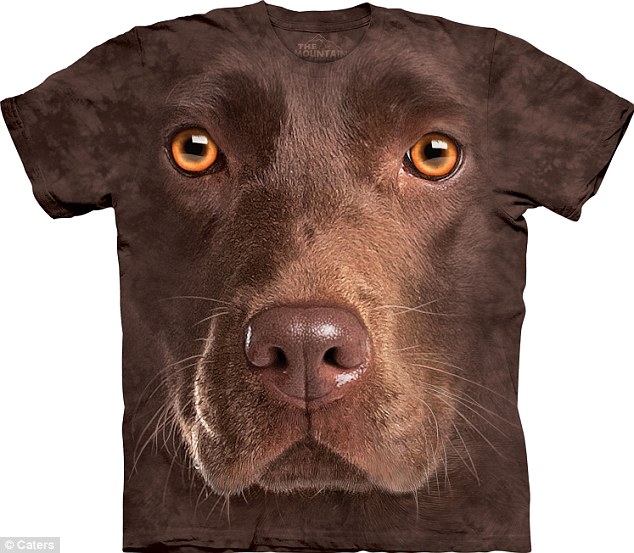 3D: The eye-catching T-shirts feature close-up headshots  of animals – including this one of a chocolate labrador

The designers behind the quirky T-shirts began with dog prints, but branched out to other animals when the 3D shirts caught on. They now everything from military to aliens and in between.

Michael McGloin, from New Hampshire company  The Mountain, said: ‘A light bulb just  went off and I realized this is what we had to do.’

‘We needed to be the only player in  the dog  themed T-shirt market. Covering all of the top breeds to start  with and then  eventually moving onto all animals.’ 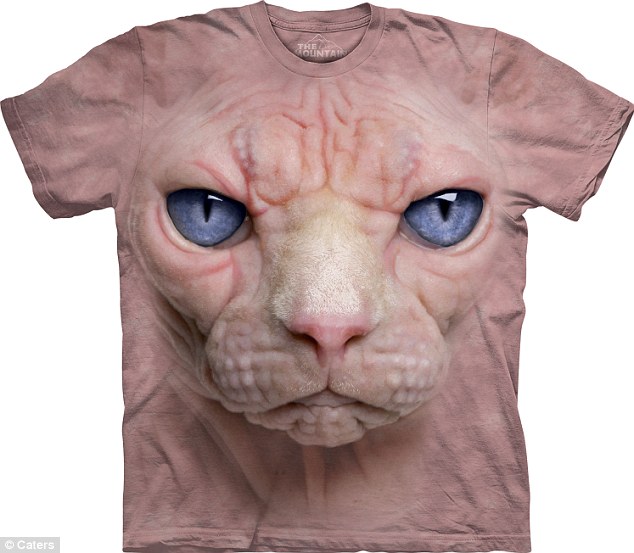 Creepy: The hairless cat on this T-shirt features one of  the more menacing glares in the collection 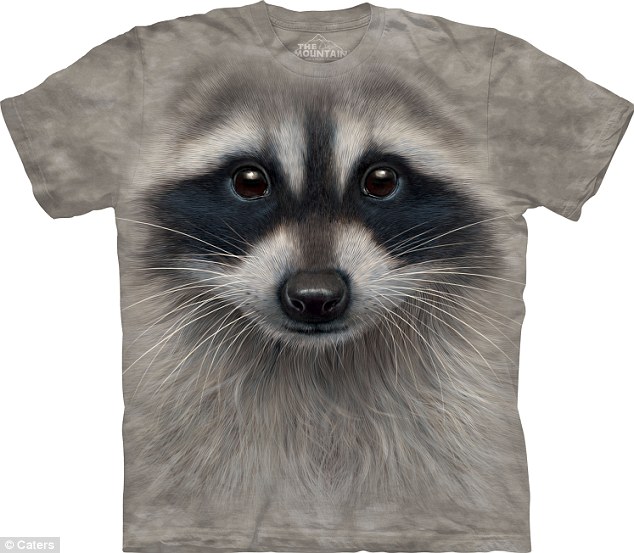 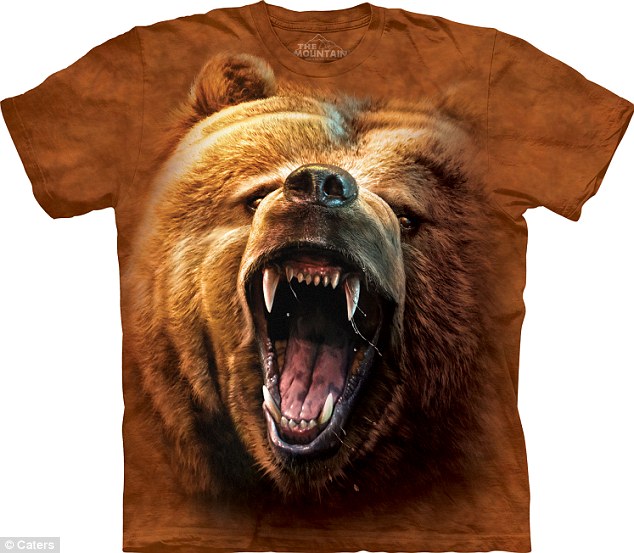 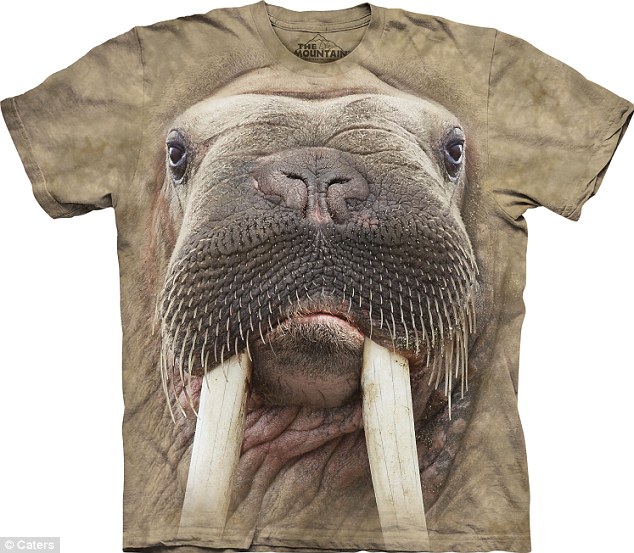 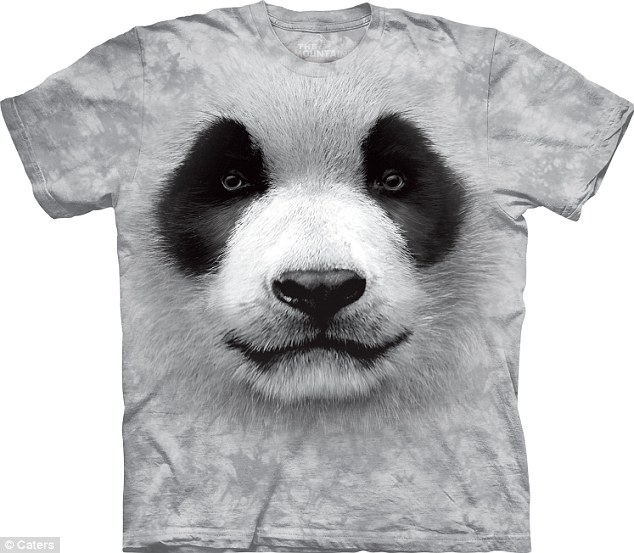 The realistic printed shirts, including this one  featuring a panda, are designed by New Hampshire firm, The Mountain 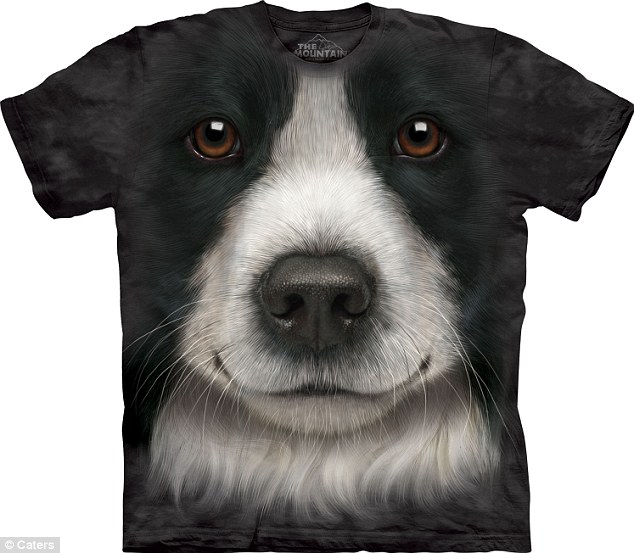 One of the friendlier looking faces in the  T-shirt range; a black and white border collie 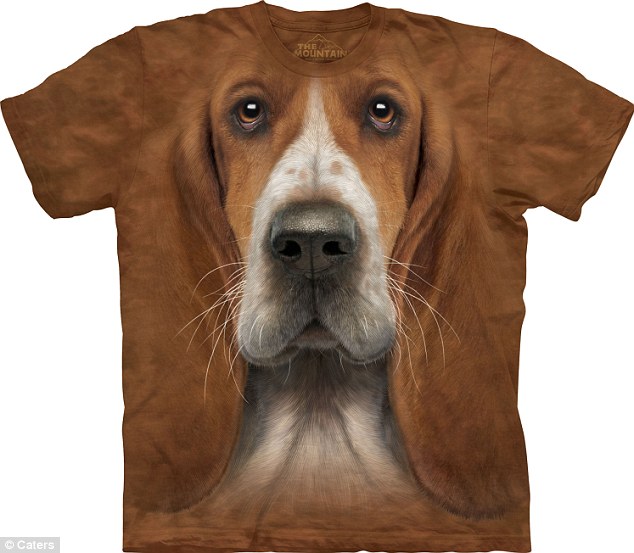 Dogs feature heavily in the T-shirt  range, with this Bassett Hound print likely to prove popular 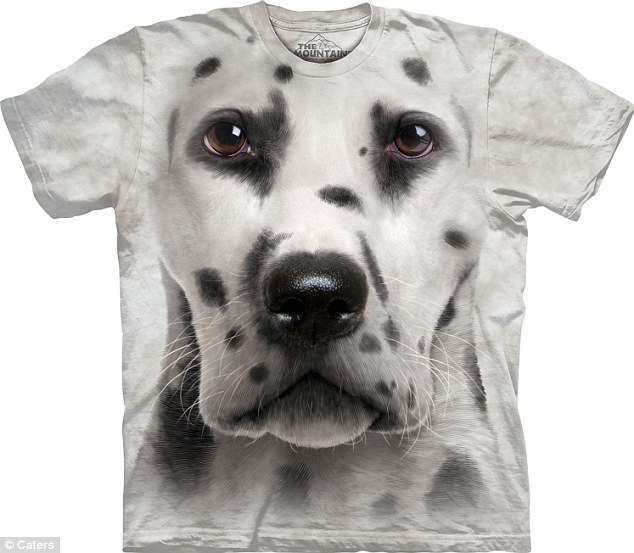 Michael McGloin said the prints had become a phenomenon 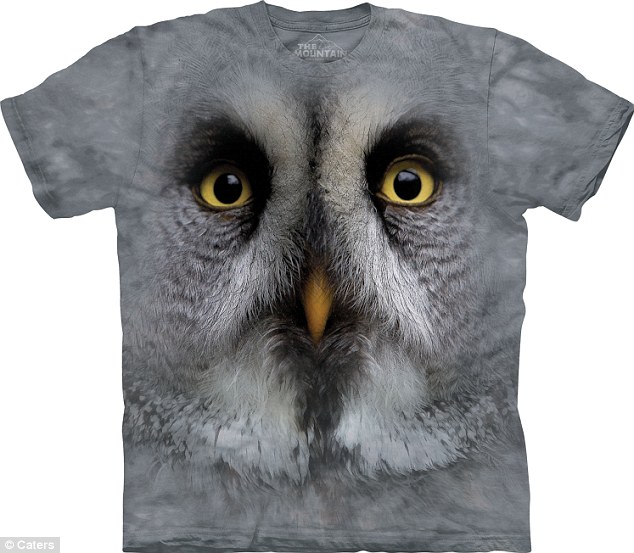 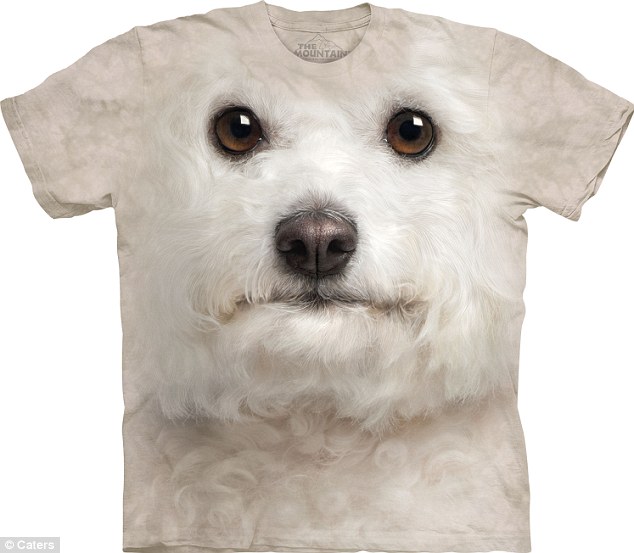 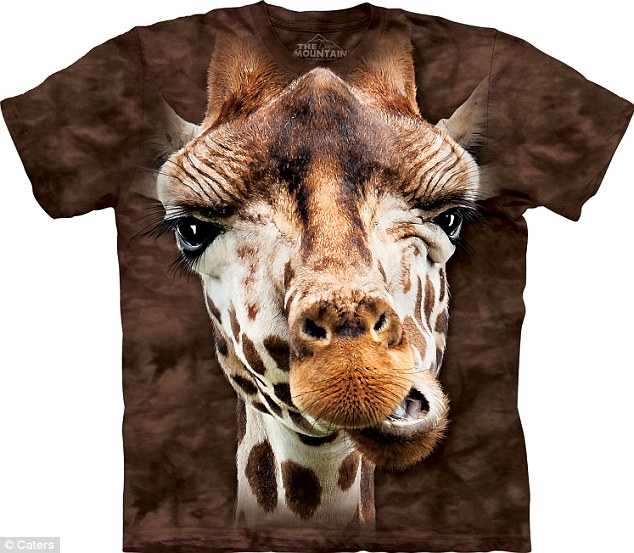 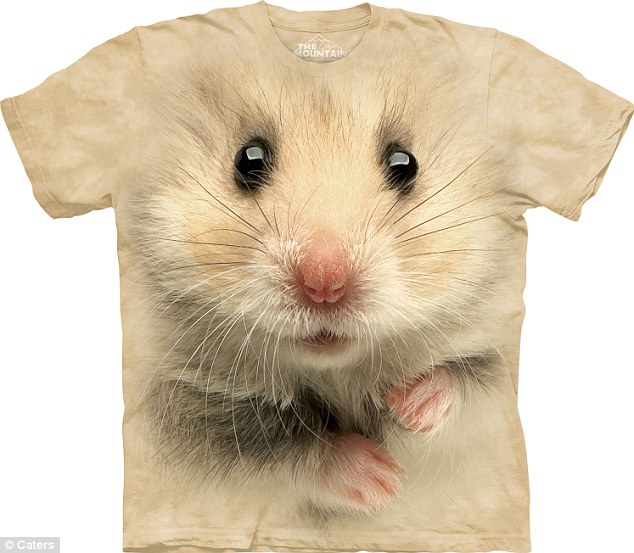 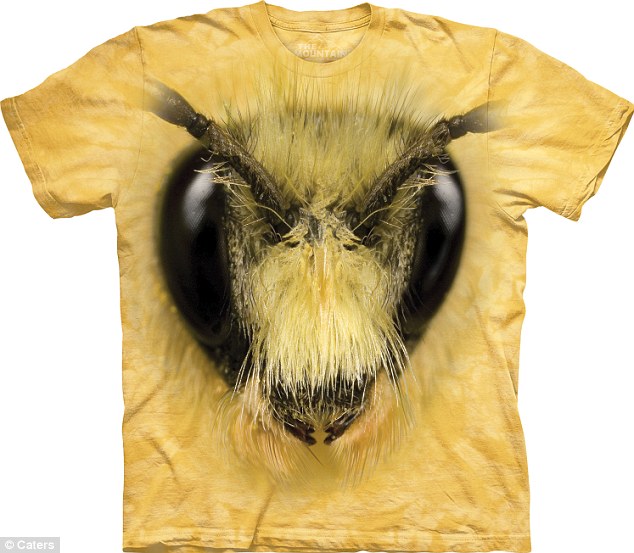 The Mountain, which is behind prints  including this 3D wasp face, wanted to be the ‘only player’ in the animal-themed  T-shirt market 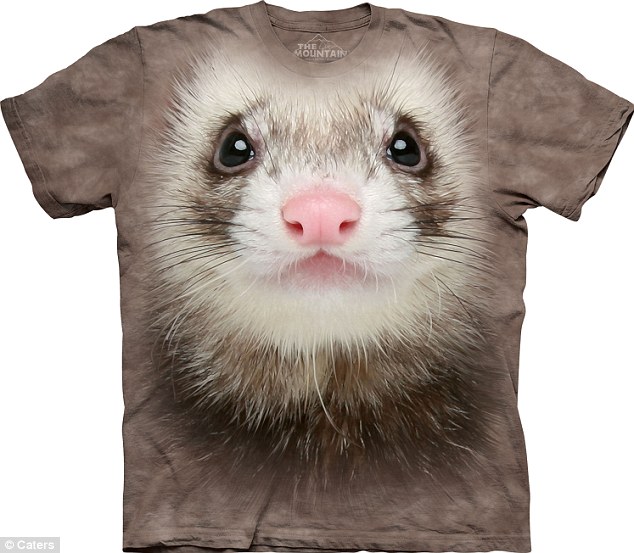 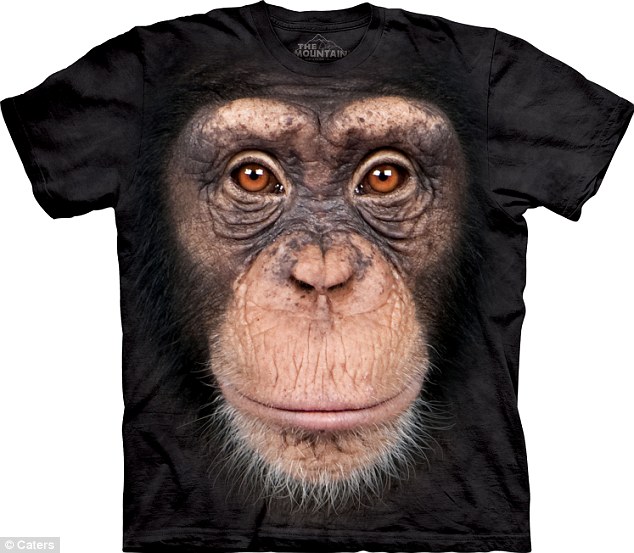 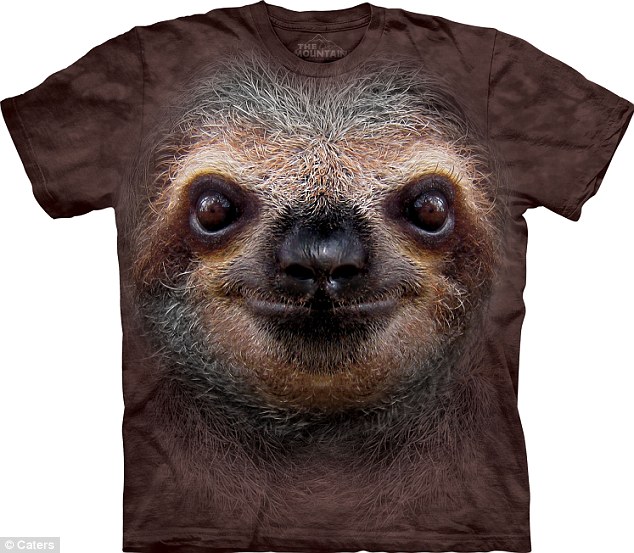 A sloth stares from the front of  this 3D top

I am writing to say what an excellent product you have! I’ve used it all of

my married life, as my Mom always told me it was the best.  Now that I am in my fifties I find it even better!

In fact, about a month ago, I spilled some red wine on my new white blouse. My inconsiderate and uncaring husband started to belittle me about how clumsy I was, and generally started becoming a pain in the neck.  One thing led to another and somehow I ended up with his blood on my new white blouse!  I grabbed my bottle of Tide with bleach alternative, to my surprise and satisfaction, all of the stains came out!

In fact, the stains came out so well the detectives who came by yesterday told me that the DNA tests on my blouse were negative and then my

attorney called and said that I was no longer considered a suspect in the disappearance of my husband.

What a relief!  Going through menopause is bad enough without being a murder suspect!  I thank you, once again, for having a great product.

Well, gotta go, have to write to the Hefty bag people.

For suspected drug trafficker Ronaldo Silva, prison was a real drag… so he decided to escape in what he thought was the perfect disguise.

When his wife came to visit him at Penedo prison in Brazil , he popped on her bra, threw on a wig and poured his curves into her pretty blue dress.

He even shaved his arms and legs for good measure, and squeezed into a pair of killer heels.

But his plan to sashay through the prison gates went awry after he forgot one thing: it can take a woman years to master how to glide naturally in high heels.

Half an hour into his daring bid for freedom, one eagle-eyed guard noticed that, despite looking like a woman, he didn’t walk like one.

He was followed as far as the bus station before police picked him up and dragged him back to jail.

The jail’s director Carlos Welber said Silva had swapped clothes with his wife during her weekly visit.

She left the prison wearing his bermuda shorts and another top she had brought in her bag.

He told Brazil’s Globo G1 website: ‘He left the prison shortly after her, along with other inmates’ wives. He was wearing a wig, painted false nails and a long dress. He’d spent a long time shaving his legs and arms. There was a lot of preparation and premeditation involved in this.’

Silva managed to get past prison guards, but a policeman patrolling the street outside became suspicious and decided to follow him.

Mr Welber said: ‘He noticed that the woman was walking funny and looked strange. He followed him to the bus station, where two men were waiting on motorbikes to pick him up.

‘The policeman approached him and managed to arrest him and bring him back, still dressed as a woman.’

Silva had been awaiting trial for drug trafficking.

He was transferred to the prison last month after another escape attempt, when armed men tried to invade another jail to release him.

According to Mr Welber, Silva’s wife admitted changing clothes with her husband but claimed she had no idea why he wanted them.

He said: ‘He was the one who demanded her clothes, at least that’s what she’s telling us. Of course we don’t believe her, but that’s her story.

‘At the time it was visiting hour and there were more than 150 family members inside the prison. But we’re taking measures to ensure this doesn’t happen again.’