The Golden Child of the current climate movement, Greta Thunberg, isn’t quite finished with her 15 minutes of fame.

After her scripted diatribe at the Climate Strike, she and 15 other misguided and misinformed youth headed to the United Nations Climate Summit, where the 16, ranging from age 8 to 17, hailing from 12 different countries, proceeded to lodge, “a landmark official complaint to the United Nations Committee on the Rights of the Child to protest lack of government action on the climate crisis.”

I’m not sure what constitutes an “official” complaint to the U.N., but I assume it’s anything that advances socialism, communism, hatred of Israel or America, and radical leftism. And the climate crisis complaint pretty much checks most categories – ergo, it’s official.

That and the kids have their own legal representation, courtesy of global law firm Hausfeld LLP and Earthjustice whose motto is … ready for it … “Because the Earth Needs a Good Lawyer!” Wonder who’s paying these two? Just asking. END_OF_DOCUMENT_TOKEN_TO_BE_REPLACED

Let’s pass a federal law to end all poverty by the year 2040. That will fix everything.

Oh wait – we already have hundreds of laws attempting to eradicate poverty that were instituted several decades ago. Funny thing – we still have poverty, and at about the same percentage as when the war on poverty began over a half a century ago.

It’s a clear example of the fact just because the government passes a law, it doesn’t magically make it so.

But that’s what leftists do. They see a perceived problem, which usually isn’t, and then set about to pass a law or regulatory mandate to “fix” a problem that isn’t. END_OF_DOCUMENT_TOKEN_TO_BE_REPLACED

An almost limitless supply of clean energy has been brought one step closer to reality.

While using nuclear fusion to power homes and businesses may still be some way off, the new plasma marks a major step in fusion power research. 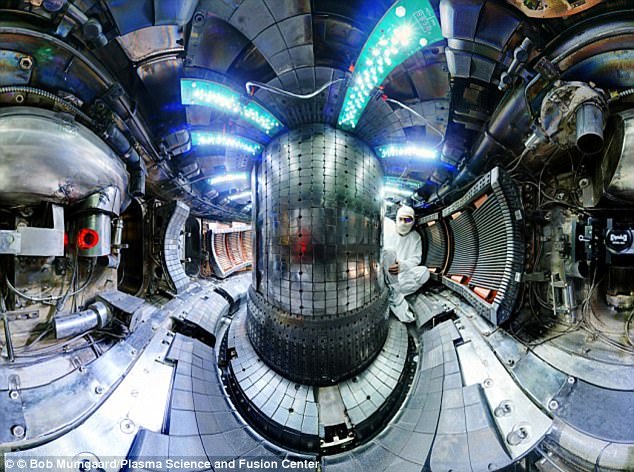