Montreal mission creep: The UN’s coming for your AC

It is called mission creep when a government operation tries to go beyond its established mission. In this case the operation is the UN led, Montreal Treaty group of nations. Their mission has always been far out and questionable, namely protecting the stratospheric ozone layer from human interference. Now they want to do their bit in the bogus war on climate change.

Through the 1987 Montreal Protocol, the Greens clamored for the adoption of refrigerant HFC’s, or hydrofluorocarbons, to replace older refrigerant chemicals (CFC’s) that were said to be punching a hole in the ozone layer. Today, HFC’s, the same chemical the Greens were in love with, is now claimed to be causing – you guessed it – global warming.

It is especially nasty when the government flips, saying that the fix that was right (and expensive) is now wrong (and much more expensive to refix), but it keeps them busy (and powerful). END_OF_DOCUMENT_TOKEN_TO_BE_REPLACED

Across the globe, genetically engineered (GE) crops face opposition from environmental and organic food activists, who claim the crops harm the environment and endanger human health.

How factual are their claims? The evidence strongly supports GE over organic crops.

Not long ago, Vijay visited the Sprouts organic food store in San Jose, California. To his surprise, organic vegetables that had shorter shelf-life and higher risk of bacterial contamination and thus serious illness were priced two to ten times more than their GE and conventional food alternatives. The store is famous among millennial techies in the Silicon Valley and enjoys reasonable sales. One possible explanation would be the false notion that GE foods are risky or injurious to health; another is that buyers incorrectly believe organic produce have fewer pesticides, are more nutritious or better protect the environment.

But in science, neither a belief nor even a general “consensus” determines truth. A thousand people could claim the theory of gravity is wrong, but one simple scientific proof would prove their consensus false. Similarly, the safety of genetically modified foods cannot be determined by the increasingly vitriolic voices of anti-GE groups. It requires robust scientific testing by actual experts in various fields. END_OF_DOCUMENT_TOKEN_TO_BE_REPLACED

Lauren Southern talks to a packed room about free speech.

Multiple CFACT students were “marked” and assaulted by masked ANTIFA protesters outside a talk given by Lauren Southern, a conservative and libertarian Canadian political commentator, author, journalist, and Youtube sensation. Southern was hosted by the CFACT club at the University of Minnesota to discuss the evils of socialism and the importance of protecting free speech.

“The protesters started peacefully enough,” remarked Adam Bowen, a junior. “They even had a 4 piece marching band that was actually really good.”

Masked protesters waited, however, until some of the police presence had died down after the talk by Southern concluded. They then proceeded to mark and ambush departing CFACT event organizers. Nathan Amundson and Mitch Bendis,responsible for live streaming the event, were ambushed by a half dozen masked ANTIFA members as they left the venue loaded down with a large and expensive video camera and a box of event supplies. END_OF_DOCUMENT_TOKEN_TO_BE_REPLACED

from: Craig Rucker at CFACT: 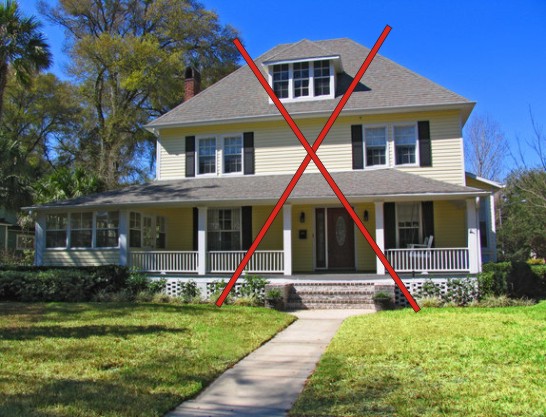 Why does the UN hate your house?

After spending two days at the UN’s Habitat III in Ecuador, it is abundantly clear the Greens are not hip on the American dream.

For many gathered here, the notion that it’s a good thing to own a home with a nice front lawn and two car garage is akin to admitting it’s o.k. to smoke cigarettes, drive an SUV, or worse yet … vote for a conservative.

What do they have against the American dream? Well in listening to them it seems to be clear they don’t trust people to be able to make the “right” decisions. They need the UN’s guiding hand to show them the path to eco-topia.

I heard this for myself when attending a briefing today (with what I might say had the somewhat troubling title) called “Metropolitan Governance: Multi-Level Coordination for Comprehensive Territorial and Urban Planning.” One of the leaders of the panel from New York’s New University seemed excited by the idea that he could organize cadres of students to monitor and collect data to turn over to government leaders so they could better manage their subjects. 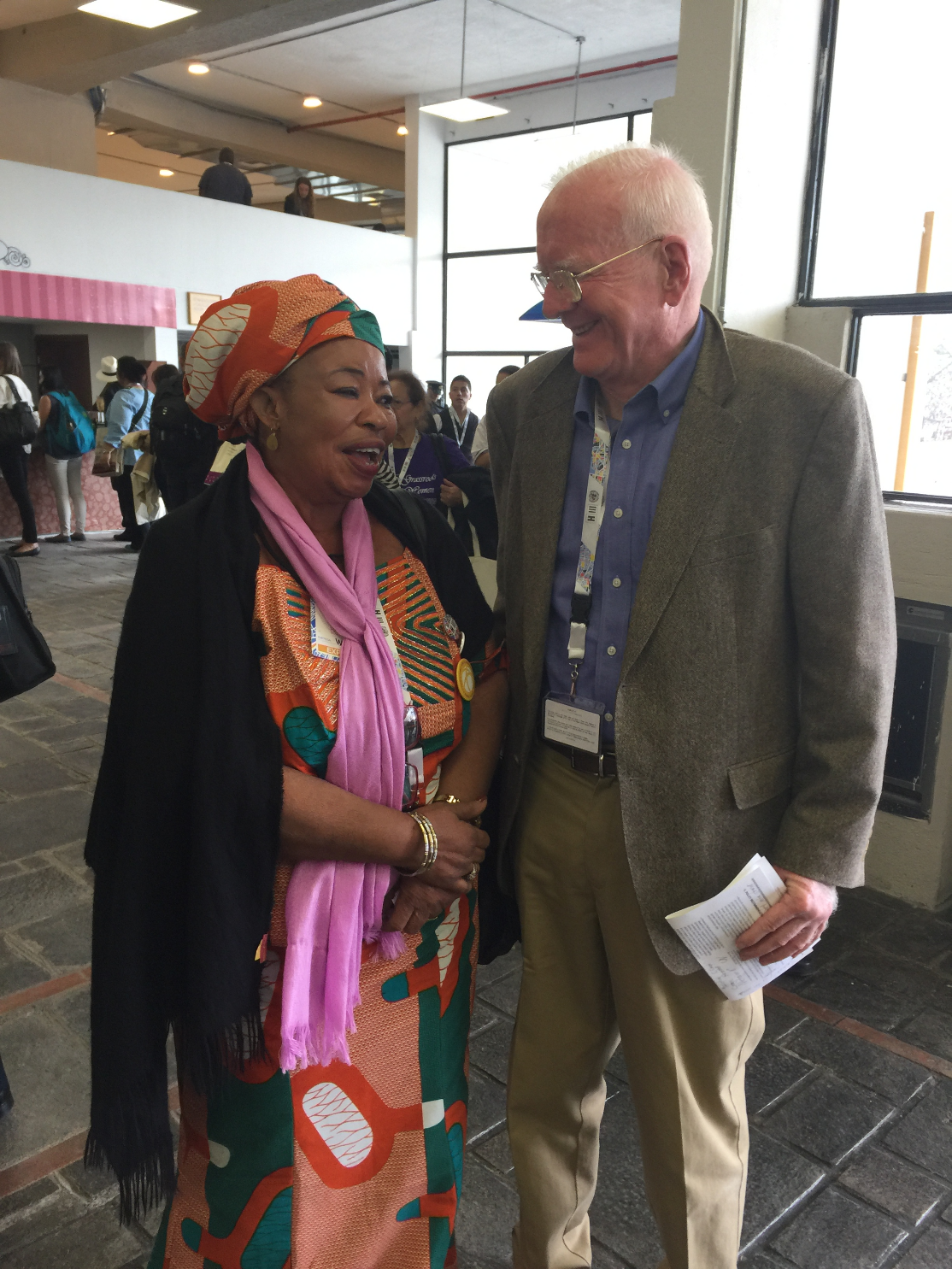 New Urban Agenda” called for “radical” measures in our cities to change their patterns of behavior in order to fend off climate change.

And yet another conference titled “The Role of Media in Building Better Cities” was all about influencing the power of the fourth estate to spread the message of doom and gloom and move the citizenry to an acceptance of green dogma. CFACT policy analyst Bonner Cohen gives more details in his article on the second day’s events at CFACT.org.

Yes, to those gathered here in Ecuador it’s all about control – whether it’s cramming people into dense urban dwellings, forcing them to use public transportation, or limiting their use of electricity to stop global warming, the leaders of Habitat III want to call the shots.

Of course the record of pursuing a path of heavy-handed government management over human affairs is an abysmal one – whether it’s undertaken in China, Cuba, Venezuela, North Korea or the former Soviet Union.. Human liberty and free markets have always provided better results. And while most of those at Habitat III aren’t open to hearing this, the good news is … some are – particularly in the developing world. I look forward to telling you more about that later.

In the meantime, be sure to follow CFACT’s ongoing coverage of the events here in Quitoat CFACT.org.

For nature and people too,

Don’t forget to visit CFACT  for all the news of the wacky enviro-leftists.

The Sierra Club gleefully reports that our saints at the Environmental Protection Agency (EPA) to date have forced the closure of 186 coal-fired power plants. They claim there are still 337 to go. According to their data each coal-fired plant produces an average of 500 MW of energy, capable of powering roughly 260,000 households. That’s over 48 million households deprived of inexpensive energy, and all in the name of combating global warming.

Their reasoning is to combat the emission of carbon dioxide, that evil greenhouse gas that has caused our Earth to warm unnecessarily.

Yet recent discoveries have found what we’ve known all along. That man-made climate change is a scam and a scandal of proportions that we have never seen.

Not long after it was announced that 2014 was the hottest year on record, evidence has come to light of massive tampering of temperature data to make it appear that the earth is warming.

Paul Homewood discovered the tampering when he examined NASA’s Goddard Institute for Space Studies temperature recordings. You may read about his findings here and here. He began by looking at the recordings from rural stations in South America. What he found was staggering. The originally recorded data had been changed dramatically. Not just altered slightly but shifted dramatically. END_OF_DOCUMENT_TOKEN_TO_BE_REPLACED

Tweet
Beware of marketing terms such as “clean,” “renewable,” and “sustainable.”  While those words may seem very nice, they have routinely been co-opted and redefined through misleading “Green” messaging campaigns.

Regarding “clean” energy, let’s agree that no sane person wants dirty, polluted air, land, or water. Nope, not even conservatives.
At the same time, let’s also not confuse carbon dioxide, the plant food that all carbon-based life depends upon, with “air pollution.” The simple fact that the Supreme Court gave EPA permission to regulate it as a polluting “endangerment” under its Clean Air Act does not make this true.
That 2009 ruling decreed that atmospheric concentrations of six greenhouse gases (including CO2 ) “threaten the public health and welfare of current and future generations.” How? Because they pollute global temperatures — warm apparently being considered to be bad, and conversely, frigid obviously being good.

END_OF_DOCUMENT_TOKEN_TO_BE_REPLACED

Congressman Lamar Smith, Chairman of the House Science, Space, and Technology Committee, posted a series of maps he obtained via a FOIA request that EPA is using to plot wetlands.

Wetlands are a particularly sensitive issue right now as EPA evaluates its proposed rule to broaden what constitutes “waters of the United States” (WOTUS). The new rule would bring huge new territory under EPA’s control under the Clean Water Act.

Smith wrote a letter to EPA Administrator Gina McCarthy in which he stated: END_OF_DOCUMENT_TOKEN_TO_BE_REPLACED

It redefines “waters” as nearly everything that could get wet, including most of the land in America.

Under WOTUS, every seasonal stream bed, puddle and ditch in the nation would be ruled by the EPA and the Army Corps of Engineers’ armed enforcers, bypassing Congress and sidestepping the U.S. Supreme Court in the process. Congress is helpless to stop it — EPA-loving Democrats have a death grip on Senate bills and there aren’t the votes to override Obama’s certain veto. The Supreme Court has twice struck down major pieces of the proposed rule, which the EPA blithely ignored and merely changed the words, hired scientific shills to patch over the flaws, and created this new battering ram to shatter the gates that guard America’s property rights.

EPA plaqueEPA has been buying support from Big Green groups on water issues since at least 1994, which came to light in an inspector general report of three cooperative agreements to the Natural Resources Defense Council totaling $3,260,467 for “storm water education” and “market transformation of energy efficient products” from 1994 to 2005. END_OF_DOCUMENT_TOKEN_TO_BE_REPLACED

Tweet
from CFACT:
You just can’t beat the timing of two breathlessly announced reports suggesting that global warming is causing irreversible melting of Antarctic glaciers which will cause a catastrophic sea level rise.
Their non-accidental tandem release follows hyperventilating primal scream conclusions chronicled in the Obama Administration’s new National Climate Assessment that “climate change, once considered an issue for a distant future, has moved firmly into the present.”
Yup. Another meltdown issue is now absolutely clear. Climate changes!
One of those studies conducted by a group at NASA’s Jet Propulsion Laboratory and the University of California-Irvine used satellite measurements to track “six rapidly melting glaciers” between 1992 and 2011.

The other, conducted at the University of Washington, developed computer models to predict that coastal melting could cause the collapse of the West Antarctic ice sheet within 200 to 900 years. This, they claim, might cause global sea levels to rise by as much as 10 feet.