The mystery of how a woman could have been  filmed while using a modern looking cell phone back in 1938 seems to have finally been solved.

Black and white footage of a young female  chatting into a wireless handset – said to have been filmed at a factory in the 30s – has attracted over 300,000 plays on YouTube.

Conspiracy theorists hailed the clip as proof  of time travel, citing it alongside other instances of old films that appear to  show imagery of modern technology existing years before it was  invented. 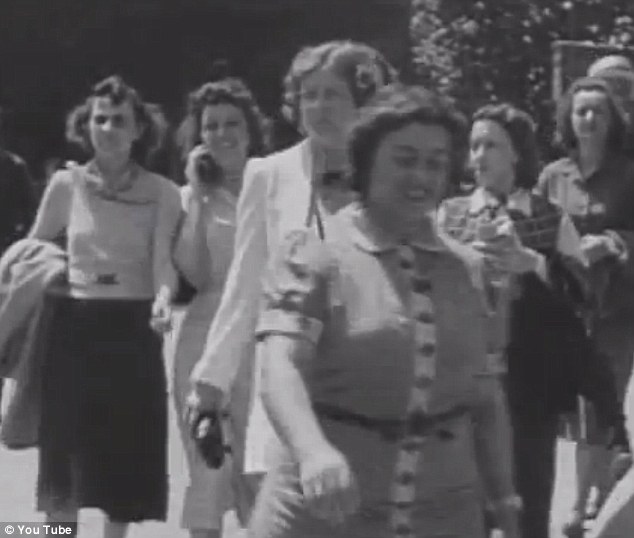 The woman is seen leaving Dupont  with a cell phone next to her ear. The technology wasn’t demonstrated until 1973  and the first cell wasn’t commercially available until the 80s 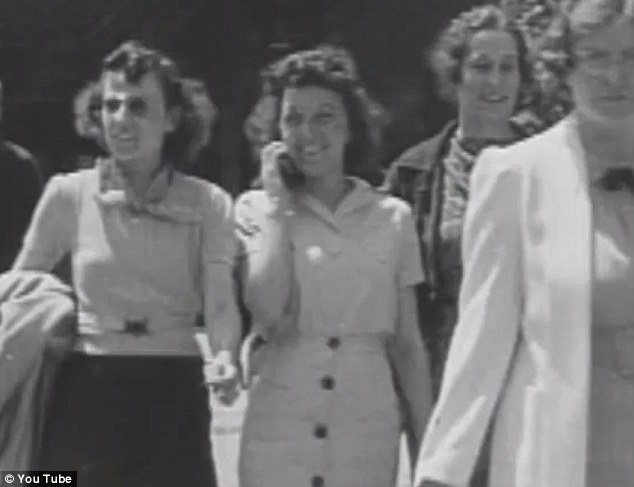 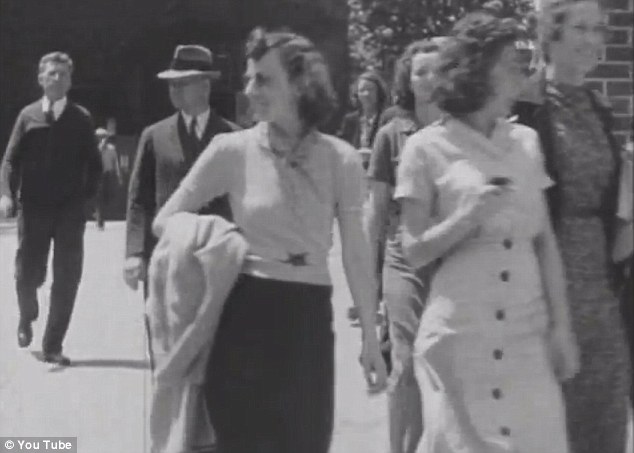 But now a YouTube user has come forward to claim that the woman in the clip is their great grandmother.

The user says that the woman really is using  a cell – but it’s a prewar prototype developed by a communications factory in  Leominster, Massachusetts.

The brief clip of the woman, captioned ‘Time  traveler in 1938 film’ shows a young woman dressed in a stylish 30s dress  walking alongside a crowd of people who are also dressed in outfits from the  same period.

She seems to be chatting animatedly into a  device held to her ear, which she then lowers. As she brings her arm down it can  be seen as being the same size and shape as a modern cell phone.

The footage is claimed to have been shot at a  factory owned by US industrial giant Dupont. 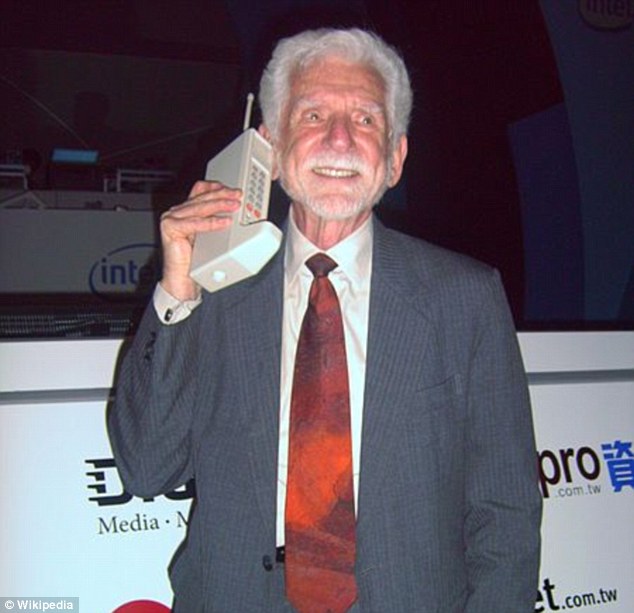 The footage was shot more than  40 years before the first cell phone – a DynaTAC 8000x, pictured, was  commercially available 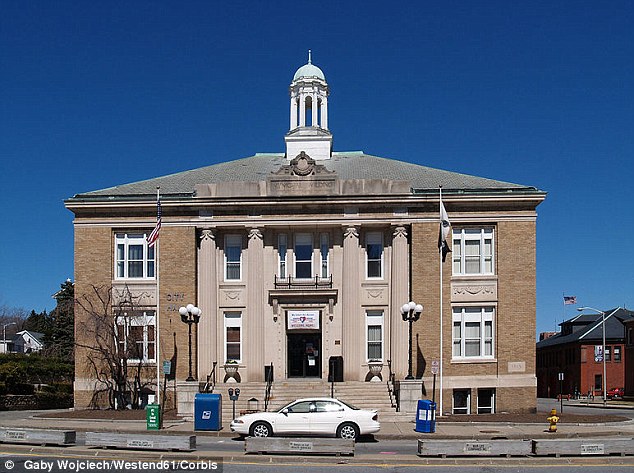 The center of the mystery is Leominster, Massachusetts, were the woman was filmed leaving the Dupont building

It was first posted online a year ago and was  widely reported on by various blogs around the web.

But in recent days a user called  ‘planetcheck’ has come forward, claiming to have solved the mystery.

Planetcheck said: ‘The lady you see is my  great grandmother Gertrude Jones.’

‘She was 17 years old. I asked her about this  video and she remembers it quite clearly. She says Dupont had a telephone  communications section in the factory.’

‘They were experimenting with wireless telephones. Gertrude and five other women were given these wireless phones to  test out for a week.’

‘Gertrude is talking to one of the scientists  holding another wireless phone who is off to her right as she walks  by.’

So far there has been no independent verification of planetcheck’s post, but another YouTube user who says he knows  someone else who worked at the factory has vowed to make further  inquiries.

The 1938 clip is the second piece of footage  said to show a mobile phone seeming to exist before the devices were  invented.

In 2010, a clip from a 1928 Charlie Chaplin  movie surfaced, which also appears to show a woman using a mobile phone –  causing speculation that she was a time traveler.

Other examples said to prove time travel  include claims that archaeologists in China unearthed a small piece of metal  from an ancient tomb in Shangsi County – which was shaped like an exact replica  of modern Swiss watch, with the time frozen at 10:06.

Taiwan-based Polytron Technologies may have  the next leap forward in cell phones, promising a transparent mobile by the end  of 2013.

The company has already begun marketing a  transparent multi-touch. 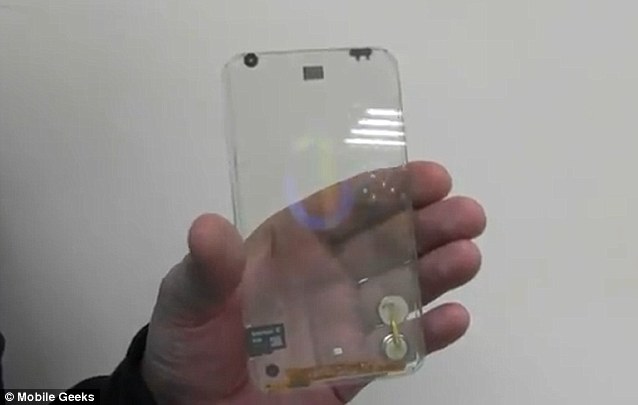 When the phone is off the molecules align to  form a milky composition, but when switched on they realign to form text, icons,  and other images.

‘It will happen near the end of 2013. Trust  me,’ said Polytron general manager Sam Yu.

The device still has some parts that are not  transparent, including a SD card and SIM card. The microphone, camera, and  batteries are also visible, and will be hidden behind a dark glass cover when  the model goes into production.

Yu said the company will develop a smaller  lithium ion battery that would be much less noticeable. 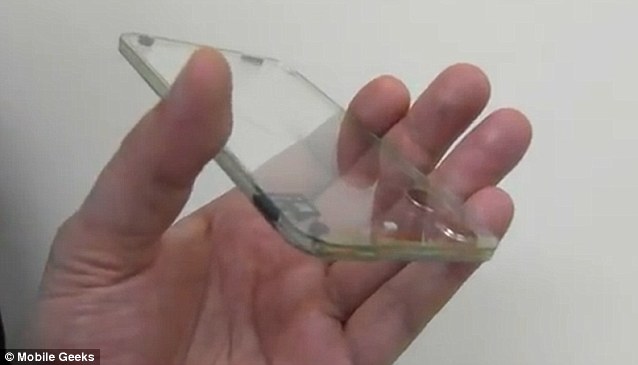 When complete, the phone will have a  dual-sided multi-touch display in front and back.

The prototype has yet to feature any software  or operating system.

Still to be determined is what the market  demand for such a device is. Samsung and LG have had large transparent displays  for years, but there’s been little effort to make smaller devices.

Tokyoflash recently used a transparent LCD in  its Kisai Spider wristwatch but had trouble adding hardware to the smaller  frame.

‘The challenge of using a transparent display  in a  wristwatch, and I suppose other wearable technology, is that you need to store the batteries somewhere else (usually they are stored behind the  LCD  panel),’ Tokyoflash marketing manager Paul Cooper wrote in a e-mail. 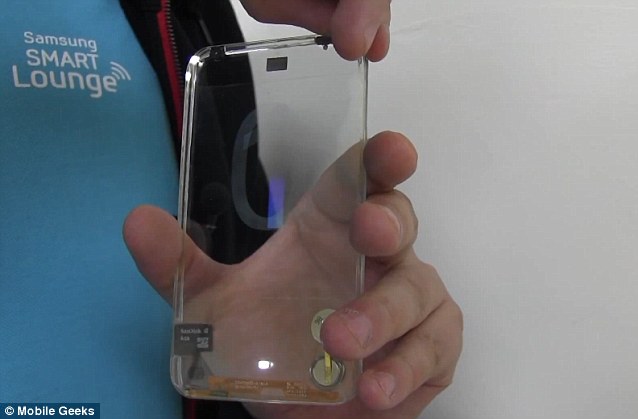 Polyton’s model will offer much more room to  work in hardware.

Also at question is whether transparency by  itself will attract buyers, as the prototype doesn’t offer significantly  different functions than most smartphones.

‘Display quality is paramount,’ Avi  Greengart, research director at Current Analysis, told The  Verge. ‘If the display quality is not up to par  with the  best of today’s AMOLED and LCD screens, a phone using it won’t sell  even for its novelty value.’

Yu isn’t worried. He even plans to announce a  prototype transparent tablet within the next couple weeks.

A Pennsylvania man accidentally called 911 in the midst of a drug deal, allowing dispatchers to listen in on the entire transaction and send police to arrest him.

Officers arrived to find Justin Kryzanowski, 24, with pockets full of drugs, syringes and paraphernalia — as well as the phone, the line still open to 911.

The phone call recorded everything, police say, including Kryzanowski’s own arrest at his home in Scranton. 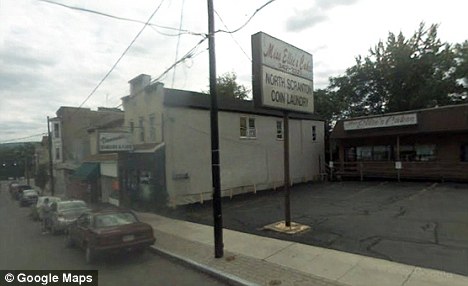 ‘Good stuff on there,’ David Hahn, the Emergency Services Director in Lakawana County said. ‘I mean, these guys aren’t brain surgeons, if you know what I mean.’

‘You can even hear the police knocking at the door.’

The Scranton Times-Tribune reports that dispatchers tracked the phone call to a car near Kryzanowski’s home, where he was making a drug deal with a man called Rick.

‘Rick’ wasn’t in the car when officers arrived, but they found Kryzanowski with several syringes full of Suboxone, a medication used to treat narcotics addiction, according to a police report.

He was also carrying a pair of brass knuckles, police say.

Kryzanowski told officers he took the drugs that ‘Rick’ gave him when they were in the car together.

The cell phone in his pocket matched the phone number that had dialed 911.

This Church doesn’t mess around!