Has the media finally figure out who and what Al Sharpton is? It seems at least print media has, to some extent. Could it be that they finally figured out that Al Sharpton, Jesse Jackson, and the rest are, and always have been racial blackmailers, selling protection to the highest bidder?

Well, it seems at least the New York Post  and the UK Daily Mail have come to this conclusion.

We conservatives have known this for a long time. We’ve known that Jackson and Sharpton sell corporate protection as the Mafia sells protection to their neighborhood shop owners.

We’ve all seen it in movies and television. One of the mob enforcers walks around to every business in the neighborhood, collecting “protection” money from struggling business owners. It’s hard work and quite labor-intensive.

Well, Jackson and Sharpton have perfected the art. Of course, they have a decided advantage over the mob. You see, they are black. Shocking, I know, but it’s true! END_OF_DOCUMENT_TOKEN_TO_BE_REPLACED

I’ve struggled not to speak or write about the nonsense in Ferguson. The situation is so absurd it’s almost comical. I guess I wish it were a comedy. It’s actually quite serious.

I was quite pleased that justice, thus far, appears to have ruled the day. But again, where is officer Wilson to go to get his reputation back? Heck, how about just getting his life back. If I recall, there was even a bounty on his head. May still be.

But as we know, this Ferguson thing isn’t about Michael Brown or officer Wilson. It’s at least for some about reliving the “glory days” of the radical 60s civil rights movement and social justice.

It’s almost as if some black “leaders” want to re-create the Watts riot of 1965. Well, they’ve got a long way to go. Maybe that’s why Sharpton and his cronies are trying to stir up strife in several cities. END_OF_DOCUMENT_TOKEN_TO_BE_REPLACED

So a black child was fatally shot. His grieving mother tearfully described her son: My baby, he was a good kid. He’s a mama’s boy. He stayed up under me. He called me every day. I’m at work, ‘Mama, I love you. Mama, can I have this. Mama, can I have that’. My boy, he was just an angel. All he did was joke and laugh and play.”

The victim’s father says, “I love my city, but the city took something from me that I love even more. And that was my son. That was my little guy right there.”

I know you’re thinking – little guy?! The kid was a giant. Michael Brown was like 6’4″ and 300 pounds. We know the media and the race pimps promote him as a “young child”, to further garner sympathy, but for the father to say “little guy” is a bit much.

But I can understand your confusion. See, you think I’m writing about the Ferguson shooting, where white cop kills black boy. No – that’s not it.

You see, while the country was still riveted on the shooting of the “Gentle Giant”, there was another shooting – this one of an actual little black child in… where else… Chicago. END_OF_DOCUMENT_TOKEN_TO_BE_REPLACED

Through the din of rabid protesters, incited by radical outsiders such as northern communists and Black Panthers from Oakland shouting, “Who do we want?” Crowd: “Darren Wilson”! Panthers: “How do we want him?” Crowd: “Dead!”; some rather disturbing accounts are surfacing. Disturbing if you’re a defender of the “Gentle Giant” Michael Brown.

And as usual “Megaphone Al” Sharpton is in the middle of it all. Honestly – this guy can’t catch a break.

He was front and center in the great Tawana Brawley lie of 1987, where the young woman accused several white men of kidnap and rape, only to be proven completely false.

Now this incident in Ferguson, and Al is stirring it up again. Seeing the facts, or at least wildly different accounts of the shooting, I think I would “short sell” old Al Sharpton.

From the accounts that are beginning to surface, it may be shaping up to be another one in the loss column for Al.

Now obviously the “Gentle Giant” didn’t deserve to die over the petty theft of some cigars, but he may have for bum rushing officer Wilson, if these new accounts turn out to be true.

Word of advice for anyone contemplating rushing an officer with a drawn and trained weapon – don’t. It will probably not end well for you, nor should it. END_OF_DOCUMENT_TOKEN_TO_BE_REPLACED

The hysteria has begun, although it never really subsided.

Like the IOC (International Olympic Committee), president declaring the Olympic Games open, so too has our beloved leader officially declared, in this election-year, the protection of voter fraud has begun.

Yes, Barack Milhouse Obama has kicked off the commencement of the seven-month full-court press to protect our “precious” right to vote and the closer we get to the upcoming midterms in November, the more ridiculous the rhetoric will become.

As an aside, some may wonder about the “Milhouse” thing. Mark Levin started it years ago, when people would complain about the use of Obama’s real middle name, Hussein. So Levin simply took Nixon’s and inserted it.

You see, the use of Hussein makes Obama sound like a terrorist, which he is, in a manner of speaking. He is, after all trying and succeeding in “blowing up” the Constitution. END_OF_DOCUMENT_TOKEN_TO_BE_REPLACED

There sure have been a lot of cries of racism thrown about recently, from Elijah Cummings trying to obstruct his own congressional committee (now we know why, the dirty crook), to Obama and Holder blaming racism when the sky isn’t blue enough, to the old sadsack Hank Aaron who seems to think the fire hoses will be turned on him any minute, even though that was the work of the first black president, Bill Clinton’s mentor, Bull Connor.

All this nonsense got me to thinking about the different kinds of black Americans.

Now before anyone flies off the politically correct handle, let me explain.

First, what I will not do is apologize for daring to even broach the topic. I’m not going to exclaim, “I am not a racist” as too many guilty white folk do. That’s a copout and it also inherently accepts the liberal premise that if you don’t say that, you are automatically a racist – no question. Well, I reject that premise and the default position.

I will also not claim that some of my best friends are blacks. They are not, although a few friends I work out with are not just black but are real African-Americans – one originally from Nigeria and two from the Sudan. All good guys! So there! END_OF_DOCUMENT_TOKEN_TO_BE_REPLACED

I would like to discuss the Trayvon Martin shooting. The young kid, I believe he was 17, was shot by this guy George Zimmerman. I guess Zimmerman was supposed to be some sort of neighborhood watch commander. 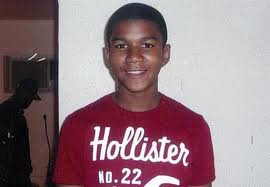 Evidently this Zimmerman guy was performing his watch duties, when he spotted Martin apparently roaming around his neighborhood. He called 911 and described the situation. Hearing the 911 call it is apparent that he followed this young man, and what happened after that is anyone’s guess. We hear another call to 911 by some woman where, in the background, we hear screaming. We don’t know who was screaming. We don’t know what they’re screaming about. We don’t frankly know anything.

I don’t mean to make light of the situation. As I stated it’s a shame this kid was killed. Things like this happen in America all the time. People get shot needlessly and people get killed needlessly.

So why is this case garnering so much attention? Do I really need to answer that question? Does anyone really not know what the answer to that question is?

As Rush Limbaugh says, for those of you in Rio Linda, it is of course a race issue. It is because this 17-year-old kid was black. Pure and simple, that is the only reason this case is receiving national attention.

Let’s be real here. If this was a white kid shot by a black, do we really think that this would be getting press that it is? Of course not.

I would like to say that this was simply some dope that took upon himself to be the judge jury and executioner for this child, but I don’t even know that. As I stated no one knows

Now we have Eric Holder and the federal Justice Department involving themselves in this case. The federal civil rights division and The Governor of the State of Florida have convened its own investigation of this case. Then of course, we have race pimps like Al Sharpton and Calypso Louis Farrakhan. I’m not quite sure what’s holding up the wrong Rev. Jesse Jackson. Maybe his flight was delayed. I would fully expect him to show up at some point. These blights on society show up whenever a black man get’s a hangnail.

My advice to everyone reading this is to step back up. Let the justice system and the court system work. Pay no attention to the armchair jurists on the cable TV shows and the radio. They don’t know anymore than you. Pay no attention to the politician that tries to inject him or herself into the situation for their own self-aggrandizement. Follow this case if you have interest, but just remember, before you decide to pass judgment, think of what you know and what you don’t.

So far we know absolutely nothing about this case.