It lurks just inches below the surface coiled and ready to strike – and yet you wouldn’t know it was there.

These remarkable images show the enormous  26-foot (eight meter) anacondas of Mato Grosso in Brazil searching for prey in the murky depths.

They were captured by brave diver and snake enthusiast Franco Banfi, 53, who joined the beasts in their natural habitat armed only with a camera. 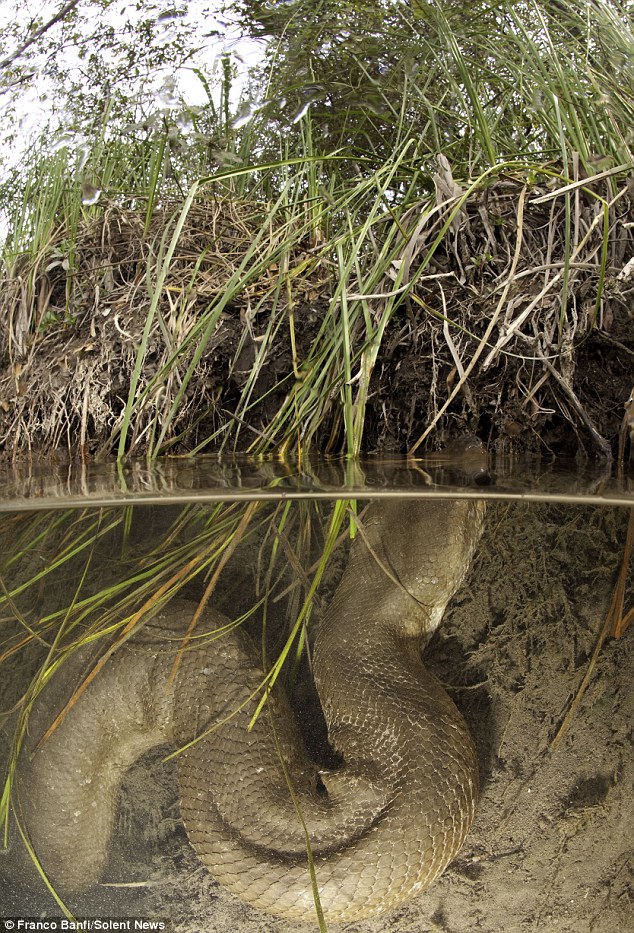 Brave diver and snake enthusiast Franco Banfi captured this image of an enormous anaconda snake lurking beneath the surface of a river in Mato Grosso do Sul, Brazil 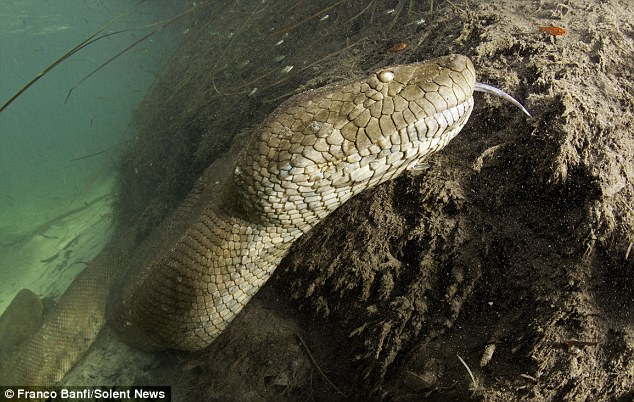 This anaconda scans the surface of the water looking for prey such as mice, fish or birds 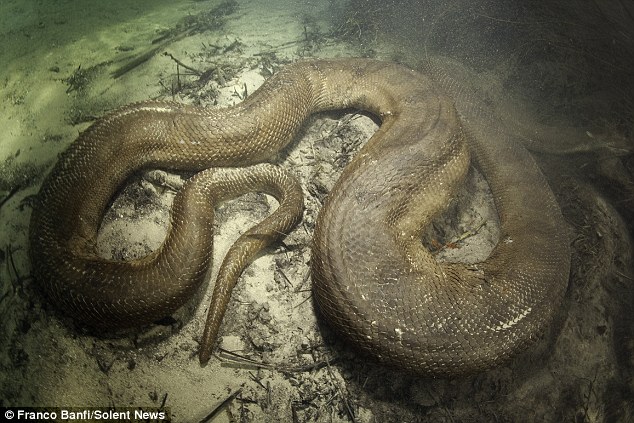 This coiled anaconda was about eight meters (26 ft) in length. Swiss diver Franco Banfi captured the photographs on a ten-day visit to the Mato Grosso do Sul region in Brazil

In another shot, Banfi gets up close to a huge anaconda that is lying on the riverbank and glistening in the ferocious tropical heat.

Thankfully for the photographer, it had just  gobbled up a capybara rodent and wasn’t interested in devouring him as a second course.

Banfi, a father-of-two from Switzerland,  said: ‘As the snake had just eaten it didn’t take much interest in us.’

‘Everything is possible but I don’t think it would have eaten us. I was very close, I could have touched it if I wanted to.’ 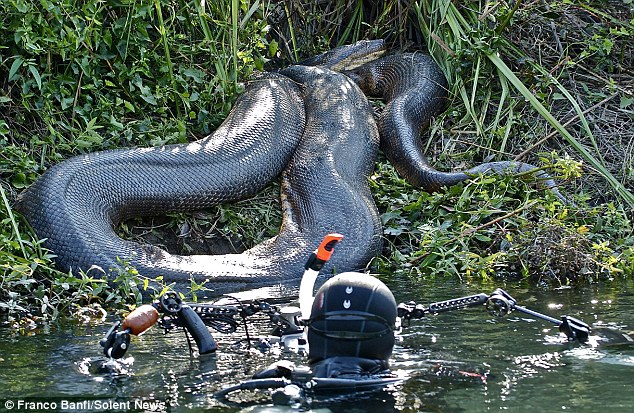 He saw six different female anaconda snakes on his ten-day trip to the Mato Grosso do Sul region, right in the heart of South America.

The region is known for its diverse natural beauty and attracts thousands of visitors every year. The name literally means ‘Thick Forest of the South’ and it’s easy to see why.

Banfi added: ‘At the first moment it’s scary because you don’t know the animal and everybody says it’s dangerous.’

‘But after a while you understand that nothing happens if you respect the snake.’

‘I have never been so close to a snake like this before. But I think a small poisonous snake is more scary than a big one. At least you can see the anacondas clearly and know what they’re doing.’ 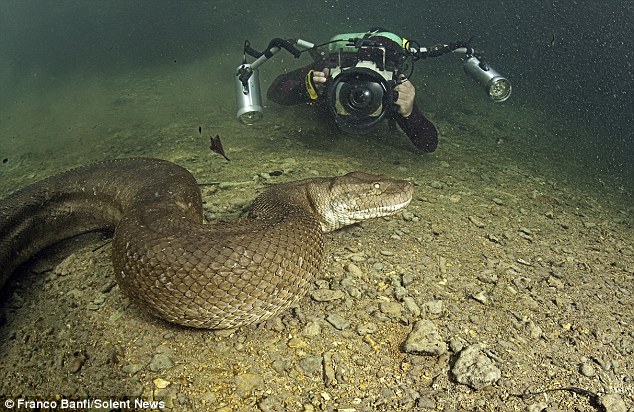 Banfi, 53, goes up close to take an underwater shot of one of the anacondas. He saw six huge female snakes during  his time in Brazil 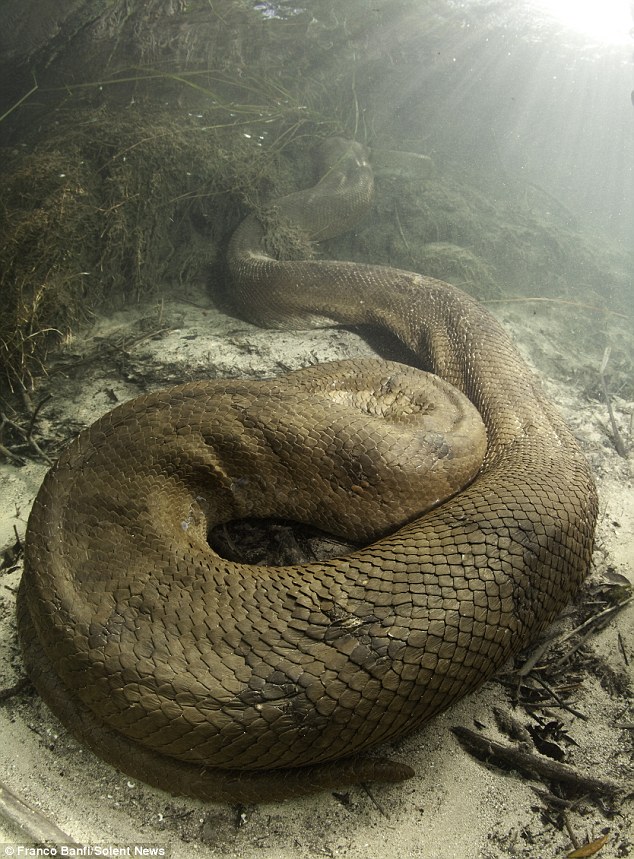 A few fun photos to end our week. 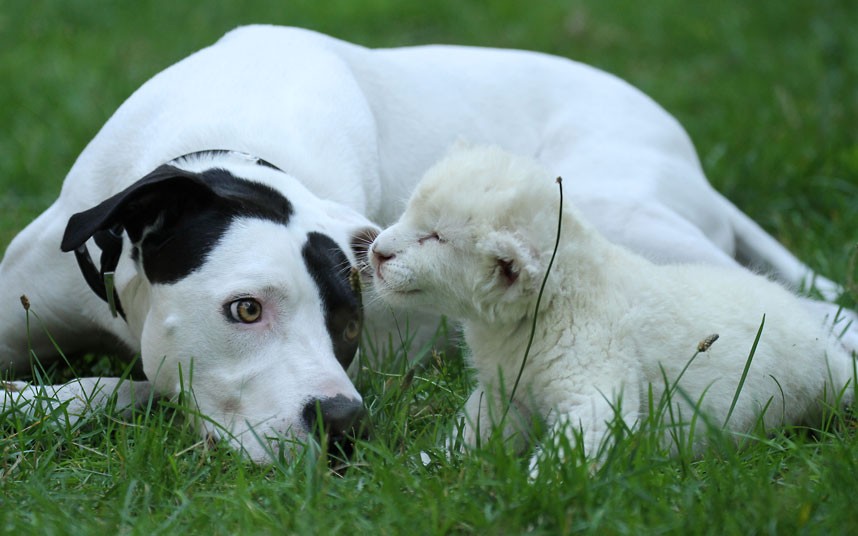 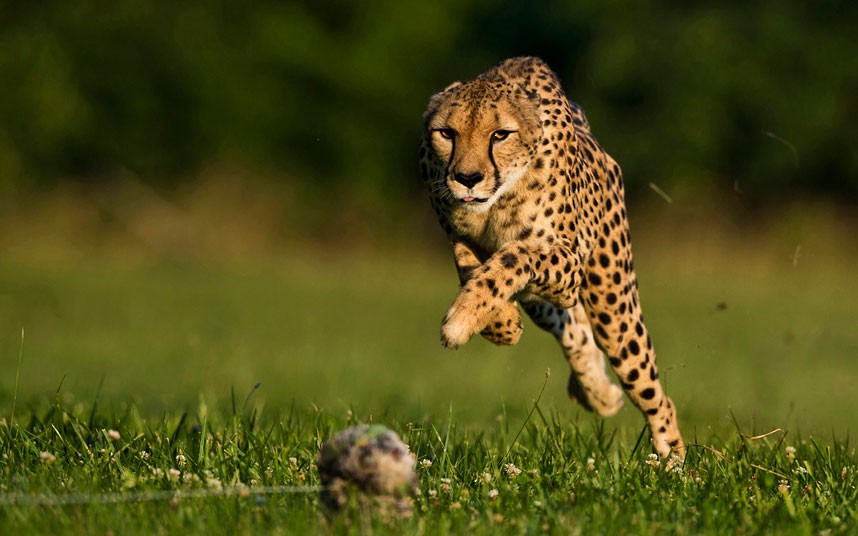 I can take Usain Bolt

Sharks Got Nothin on Me

CRAZY!
Photographs from the Red Bull cliff diving series in the Portuguese islands of the Azores. That’s a 100 foot drop, by the way. I’m not sure which would scare me the most; the dive or the climb up. 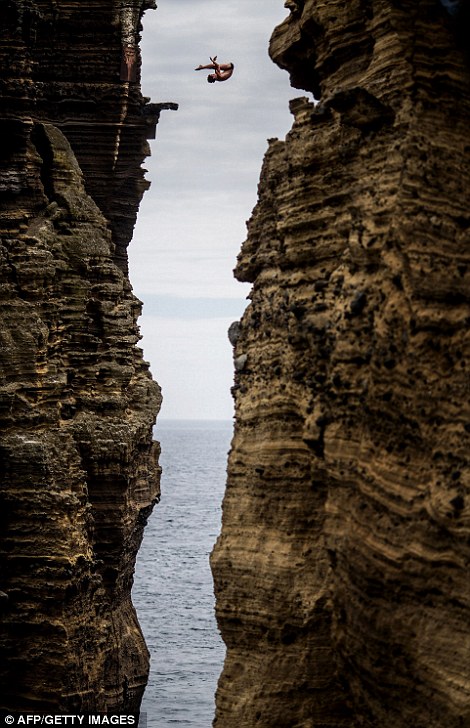 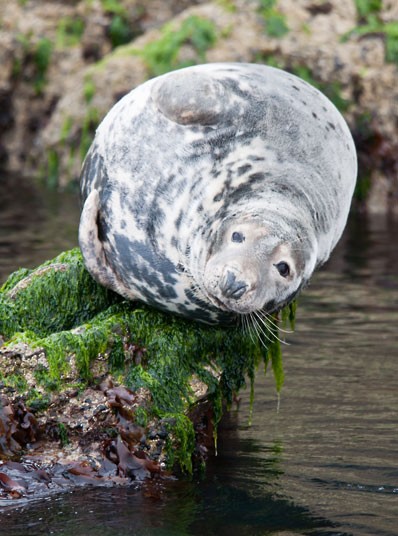 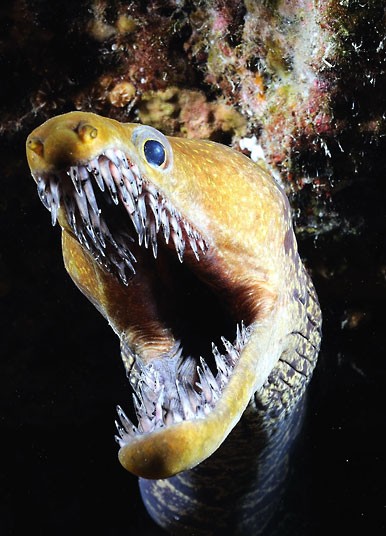 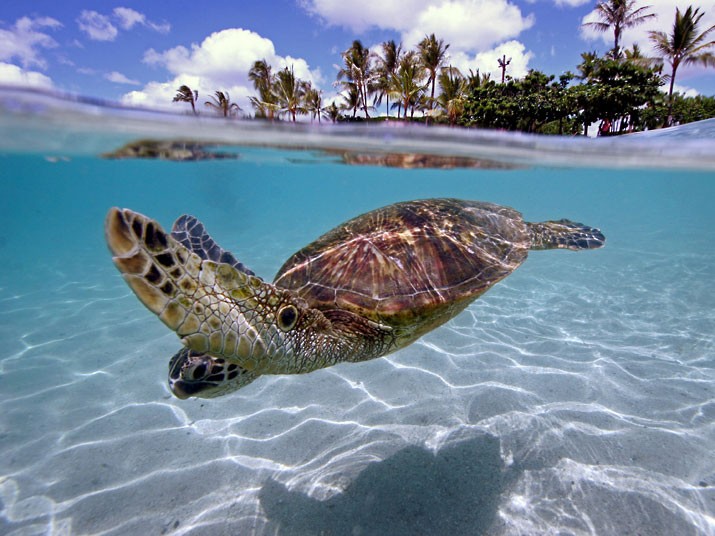 Tucked away in a lush green meadow, this is quite possibly the weirdest beach you’re ever likely to see. 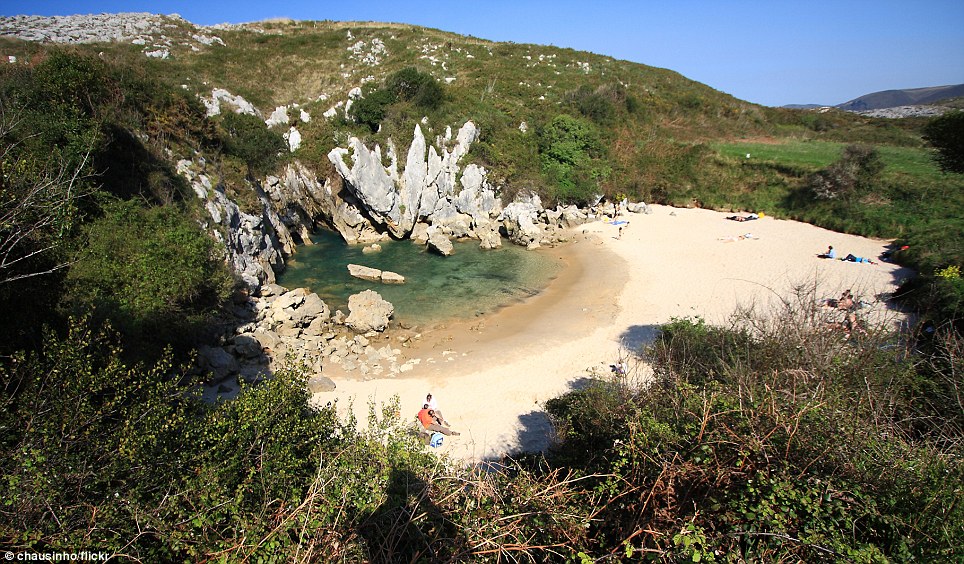 Gulpiyuri beach is an extraordinary stretch of shoreline near the town of Llanes in northern Spain, which boasts stunning crystal-clear salt waters that are even fully tidal.

Incredibly there are even waves lapping up against the 130 foot stretch of golden sand making the whole experience even more magical so it’s almost impossible to resist taking a dip, although the temperatures can be rather cold. 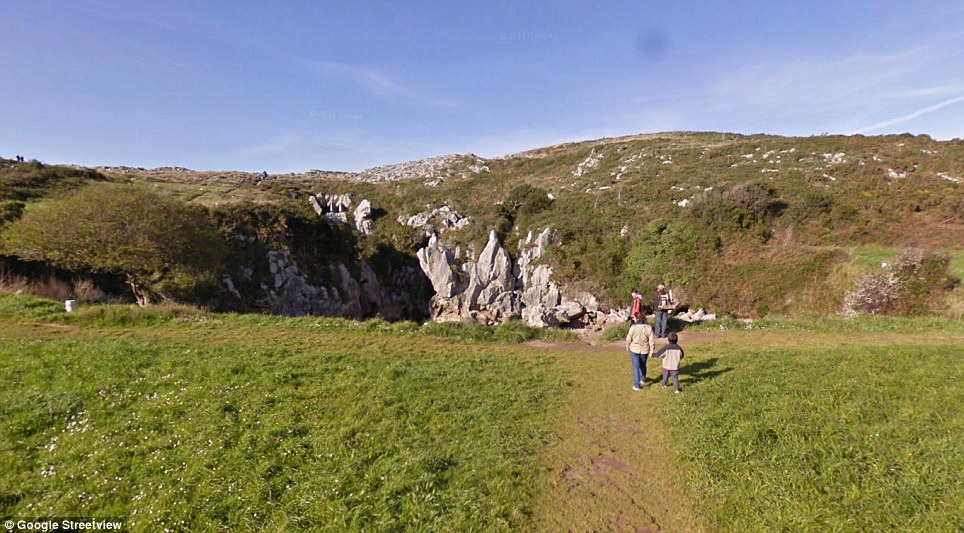 The beach is fed by salt water from the Bay of Biscay on the Cantabrian Sea. Over millions of years the waves eroded a series of tunnels under the cliffs which connect to the beach.

Gulpiyuri is hidden away in a series of gentle hills over 320 feet away from the sea. Despite it being hard to find it has become a mecca for tourists on weekends.

These are the breathtaking underwater pictures captured by marine life photographer David Doubilet on the wildest parts of the planet.

The vibrant photographs range from cute Australian sea lions peering inquisitively into the lens to a terrifying Great White Shark opening its jaws in South Africa. 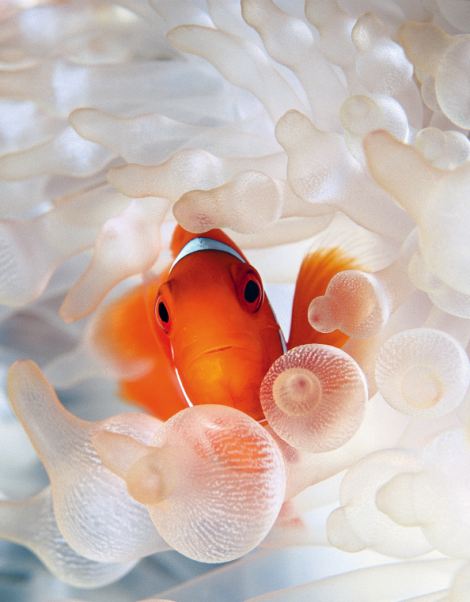 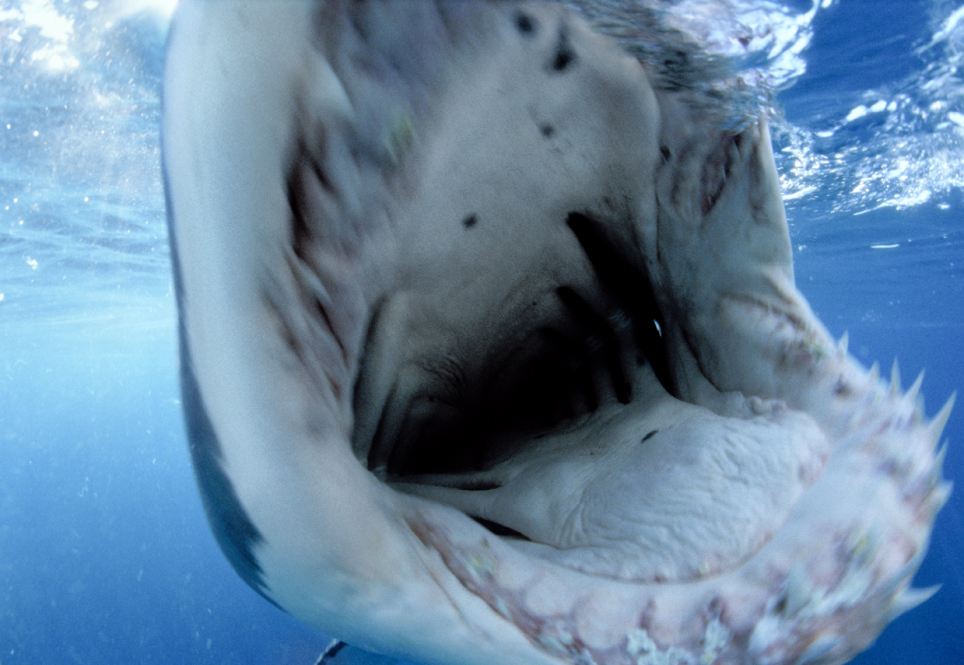 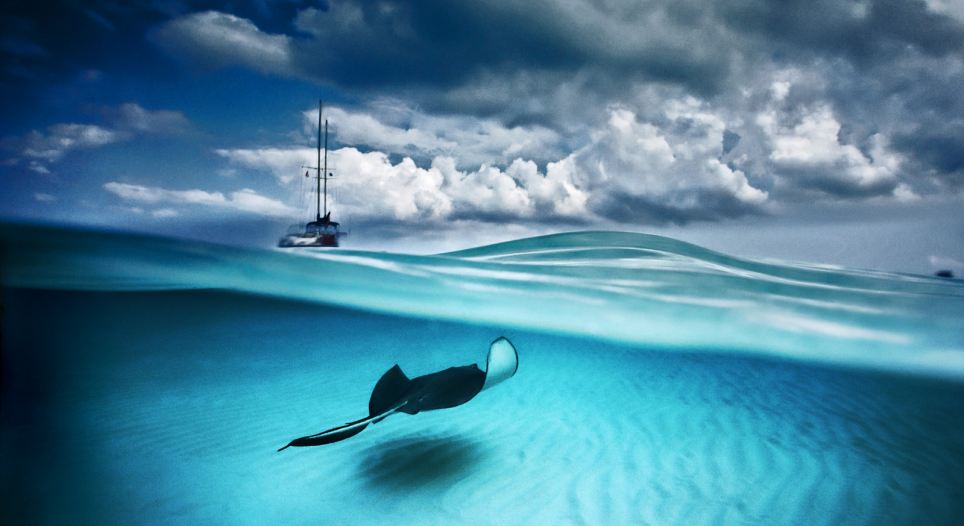 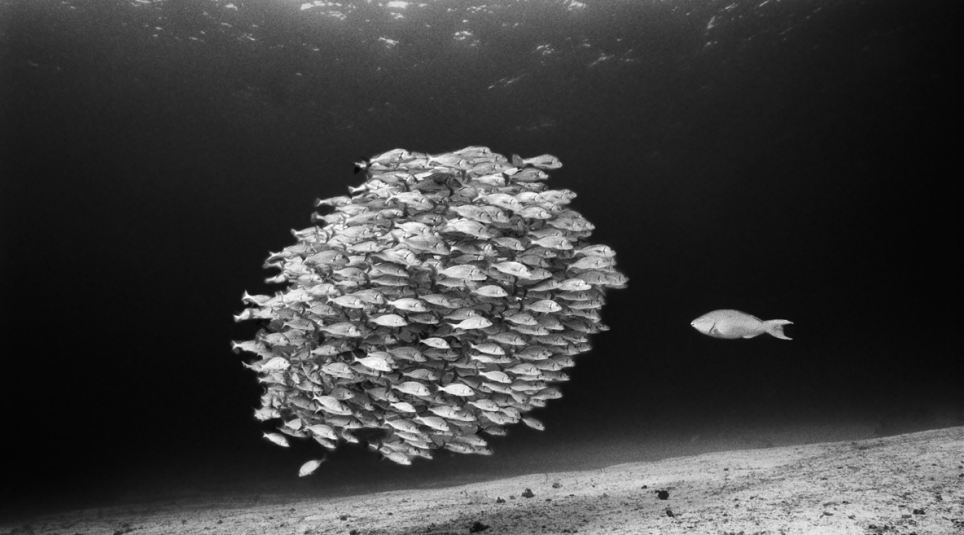 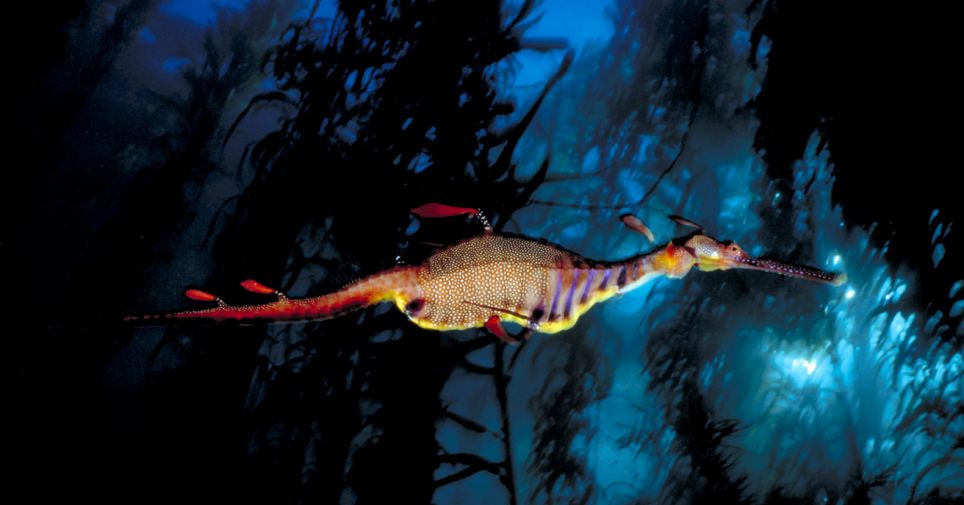 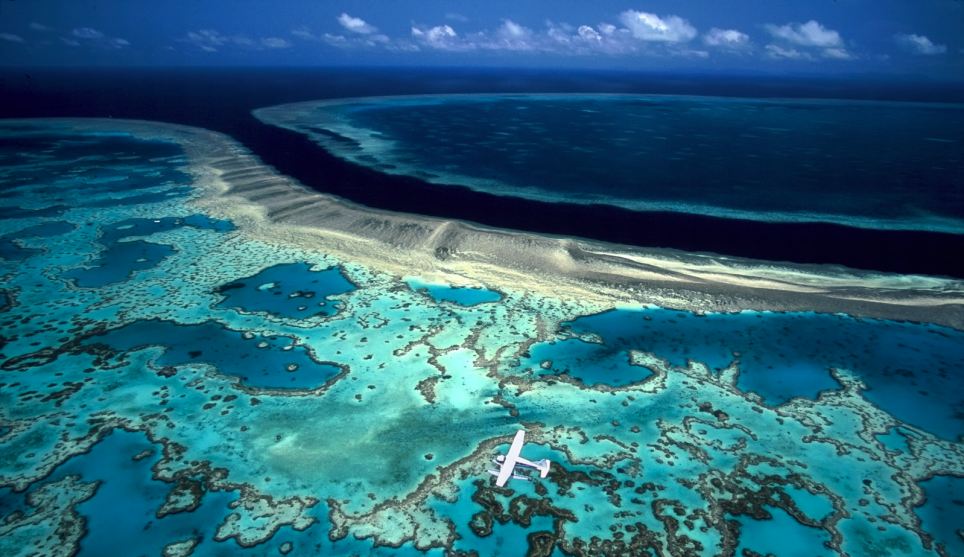 These incredible pictures capture the stunning moment waves roll on to a tropical beach.

The breath-taking images show the split-second in which each one breaks and crashes on to the sand, and are the work of two photographers who wish to remind people just how beautiful Mother Nature can be.

Photographers Nick Selway, 28, and CJ Kale, 35, position themselves in the clear Hawaiian surf and wait for the waves to roll over them.

Their only equipment are standard cameras – but a waterproof case means they do not need to sacrifice their cameras for their art. 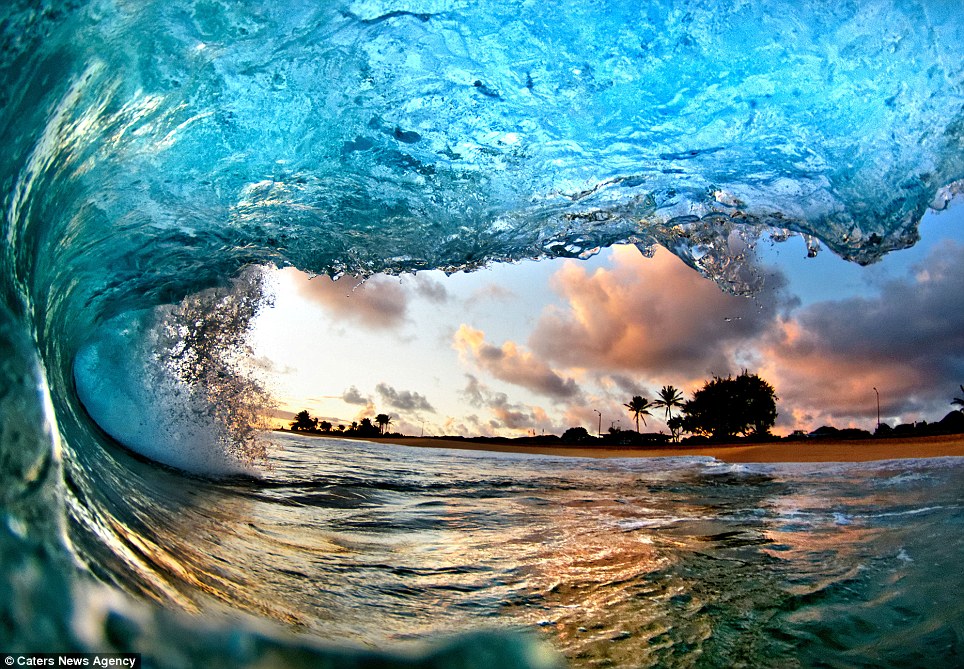 aster Island is simply that – heads.

So it comes as quite a shock to see the heads from another angle – and discover that they have full bodies, extending down many, many feet into the ground of the island.

The Easter Island Statue Project (EISP) has been carefully excavating two of 1,000-plus statues on the islands – doing their best to uncover the secrets of the mysterious stones, and the people who built them.

“Hundreds, perhaps thousands, of visitors to the island have been astonished to see that, indeed, Easter Island statues have bodies!”

“More important, however, we discovered a great deal about the Rapa Nui techniques of ancient engineering.”

Among their discoveries, the team have discovered:

The remote island – one of the remotest in the world, tucked away in the South Pacific Ocean – was once home to a Polynesian population, whose history remains mysterious.

They likely sailed to the islands in canoes – a 1,500-mile journey over the open waters, and then, once they landed, they began relentessly carving the stone statues.

This led to their own downfall: By the time Europeans discovered the island in the 1700s, the population had decimated nearly all the trees in the island to help with the statue construction, and the effect on the island’s ecology led to their decline. 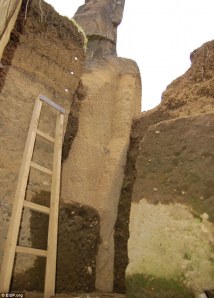 The team also discovered that ceremonies were certainly associated with the statues.

On the project website, Van Tilburg said: “We found large quantities of red pigment, some of which may have been used to paint the statues.”

“Finally, and perhaps most poignantly, we found in the pavement under one statue a single stone carved with a crescent symbol said to represent a canoe, or vaka.”

“The backs of both statues are covered with petroglyphs, many of which are also vaka. A direct connection between the vaka symbol and the identity of the artist or group owning the statue is strongly suggested.”
Attribution: Mail Online