The makers of Men in Black 3 might not have realized that setting parts of the film in New York’s Chinatown would cause such a stir on the other side of the world.

But the Chinese government apparently saw plenty of political resonance in one scene where Will Smith, playing a US secret agent, erases the memories of a group of Chinese bystanders.

“This could have been a hint on the use of internet censorship to maintain social stability,” commented China’s Southern Daily newspaper.

Meanwhile two other scenes, where unsavory aliens disguise themselves as Chinese restaurant workers, were also judged to have cast China in a bad light.

Such micromanagement by the government is not new. Scenes showing a Chinese pirate in Pirates of the Caribbean: At World’s End were cut on the mainland.

“I remember watching Mission Impossible here and they garbled some of the dialogue,” said Dan Mintz, the head of DMG, a Beijing production company that is shooting the next Iron Man movie in China later this year. 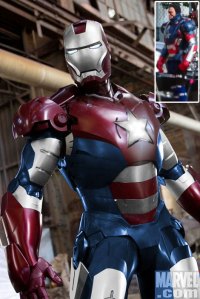 Iron Man 3 is the largest movie to be co-produced in China to date, as Hollywood wakes up to the potential of the Chinese market.

However, given the Communist party’s determination to make sure China is always shown in a good light, filmmakers are facing serious hurdles in getting movies past the censors.

“Unless there is a flattering image of Chinese people, you are going to run into a challenge from the State Administration of Film, Television and Radio (SARFT),” said Robert Cain, a partner in Pacific Bridge Pictures, which specializes in Chinese productions.

“The list of taboos is so long it is very often too difficult to make anything entertaining,” he added. “I had a friend submit a script and the censors asked him to change the name of one of the characters. He could not understand why so he asked them and they said it was the pet name that Deng Xiaoping (China’s former paramount leader) used for his granddaughter.”

However, Mr Cain said there is room for negotiation with the censors, particularly if a film is more nuanced and if there is a balance between good and bad Chinese characters.

Mr Mintz said the situation has improved in the past two years: previously Chinese censors would simply block films they did not like from entering the market.

Salt, a thriller which opened in a prison in North Korea, China’s close ally, was denied entry. MGM is still said to be suffering from a decision to remake Red Dawn, an anti-Communist action film, even though Chinese villains were substituted in the film for North Koreans.

“We are still in transition from propaganda to entertainment,” said Mr Mintz, while adding that Chinese censors were sympathetic if characters were more nuanced, and that their demands were part of a chorus of other hurdles facing filmmakers.