Herman Cain stunned everyone over the weekend handily winning the Florida Straw Poll. What does this mean? I wish it meant we have a new front-runner, but of course, it does not. The major media & the pundits on both sides won’t allow it. Maybe they’re just all racists? Why not, it works for some, but not for an Uncle Tom like Cain. That’s the left’s view, I’m sure.

The winner of the Iowa Straw Poll (Bachmann) was the same candidate that came in dead last this weekend. Does that tell us anything? Probably not.

Could these polls be telling us that, just maybe, we’re getting tired of having our candidates picked for us & having to hold our collective noses at the ballot box? I sure hope so.

It could be that the tide is changing if these real common sense conservatives keep coming through like this. If it starts to shape up like that, we will have a Battle Royal on our hands. Forget about the left. The get-along, smarter than us riff-raff, talking heads of the republican establishment will stop at nothing to buoy support for a middle of the road candidate. He can, of course, be a fiscal hawk but he must stay away from the real sticky issues. Issues like Global Warming, Illegal Immigration, Abortion, homosexual marriage, etc. They’ll tell us it is just about the economy. That’s all people really care about, don’t ya know.

Well I like Herman Cain. He hasn’t been jaded by politics. He speaks plain english, so we know where he stands. He’s not perfect & doesn’t try to be (Mitt). He’s a real business man. He is charismatic & funny. He doesn’t take any crap. He appears not to have a thousand handlers wrongly advising him. Check out his campaign site & see for yourself. http://www.hermancain.com/h

Republican National Committee Chairman Reince Priebus says the GOP has a great field of presidential candidates but that there’s still time for someone else to get in, hint, hint. That sounds like a non-conservative hoping someone (Chris Christie) will ride in & save us from ourselves. Christie is tough & doesn’t take any crap from the left, but he’s not a conservative. 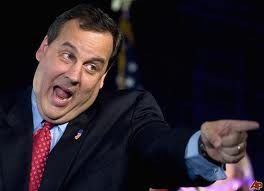 Maybe I just misunderstood Mr. Eberle, but why couldn’t those votes have gone to Herman Cain as Herman Cain? The others don’t need to do a better job on the issues. We understand their stances just fine sir & I believe a lot of us reject them.

Is Herman Cain my man? I don’t know yet but he looks good so far & no one looks any better. And by the way, he could wipe the floor with brother Barack. That I know.

Why don’t the Bill Kristols, Karl Roves, David Brooks, Fred Barnes, George Wills et al, let us real conservatives decide for ourselves. We are the Tea Party movement & don’t need a leader, nor want one. We desire a candidate, not to lead us, but that most closely reflects all of our views & values, not just the fiscal. He doesn’t need to be perfect. Ronald Reagan wasn’t.