No and why it want to. Neither Democrats nor Republicans have ever proposed such a thing, and most never will. But some on the right are at least proposing some changes. 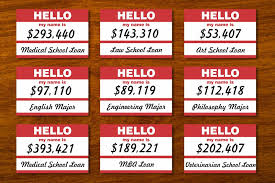 The student loan debt bubble will soon burst, and the proper solution is not to throw $1.6 trillion of taxpayers’ money at a government-created problem.

Bernie Sanders and Elizabeth Warren, both of whom are running for president, each have a higher ed plan: Warren’s would pay off $50,000 of student debt for those earning less than $100,000, and Bernie’s would pay off practically all of America’s $1.6 trillion in student debt and make state college “free.” He’d attempt to pay for it by taxing stock and bond trades.

But Alexander would also swap a rule that looks at the income versus debt of colleges’ graduating students, which is ostensibly unfair to “for-profit” colleges, for a rule that looks at loan repayment rates (why not do both?). Alexander also wants to pull student loan payments directly out of paychecks, just like federal payroll taxes.

In other words, aside from giving Democrats ammo to lob at Republicans on the wage-garnishment idea, Alexander is intent on essentially preserving the status quo. In Alexander’s defense, he’s trying to create something that will pass in Washington. But the status quo is awful.

Scholars such as Heather MacDonald have done an excellent job of highlighting examples of the far-left bias that is prevalent among America’s higher education “institutions.” Conservative YouTube channels, meanwhile, are great at highlighting the perils of conservative speakers attempting to speak at this or that campus.