If you’re outraged by this, there’s something wrong with you!

Who are the real racists here?

A high school basketball team with mostly white players has been accused of racism for chanting ‘USA! USA!’ after winning against a rival school.

The players from Alamo Heights in San Antonio, Texas yelled the phrase after beating a

team from Edison high school made up of minority players.

The winning team’s coach immediately stopped the teenagers chanting the phrase and now the local school district has been forced to apologise.

But many students and local residents have lambasted the response as ‘an overreaction’, taking to the players’ Facebook page to vent their anger:

“As an outsider, and a Hispanic, I’m curious,” Donna Russell wrote. ‘Would any of this be an issue if the opposing team chanted Viva Mexico? I mean, we ALL live in the USA so why was this a bad thing?”

“It seems that the image of the U.S. continues to bow down and apologize every time someone cries “racism ” but when others stand against us it’s ‘Exercising their Freedom’ and no apology is expected.”

Students at the high school pointed out that the chant had been used at other games against schools of non-minority players.

But the San Antonio Independent School District officials took the chant as a racial insult to the team.

“It is surprising and it’s disappointing to hear that anyone would be out there making those kind of remarks,” she said.

The district’s athletic director Gil Garza, who filed a complaint with the interscholastic league, added: “I appreciate Coach Brewer taking the action he took to stop it.”

“To be attacked about your ethnicity and being made to feel that you don’t belong in this country is terrible. Why can’t people just applaud our kids? It just gets old and I’m sick of it.”

“Once again, we’re on pins and needles wondering what’s going to happen.” 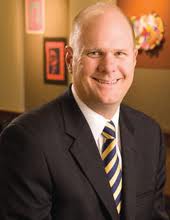 Students from the rival school said they were ‘very appalled’ and were ‘rubbed the wrong way’ by the comments.

“We just hope that people know that that’s not who we are and we’re not going to let it happen again,” Brown said.

The school apologized to the district and has banned the students involved from state title games.

Maybe the players should be jailed and charged with hate crimes? That would teach them.

Let’s all  just collectively apologize for being A) White, B) American and because we are white, we are all  C) inherently Racist. Will that do it?