Is everyone used to paying $3.50 a gallon for gas yet? Yes? I thought so. How about the same for home heating oil or electricity? Funny how we don’t hear about the cost of energy much now that it has become the “New Normal”.

I have seen the damaging effects on the New England economy first hand. Not only does it effect my own wallet but also the budgets of many businesses in the Northeast & all over the country. Manufacturing, office buildings, school systems, etc. Both the private & public sectors have been negatively affected by the cost of energy.

My company sells products to a full spectrum of businesses from food processors to pharmaceutical companies, local, state & federal facilities and a multitude of manufacturers. Our core clientele is the heating industry & the manufacture & distribution of steam for heat & processing. We’ve seen first hand, the budgetary damage of high fuel costs. Purchases being postponed and maintenance delayed because of it.

It doesn’t have to be this way. We have more sources of energy in North America than anywhere in the world.

The amount of oil that is technically recoverable in the United States is more than 1.4 trillion barrels, with the largest deposits located offshore, in portions of Alaska, and in shale in the Rocky Mountain West. When combined with resources from Canada and Mexico, total recoverable oil in North America exceeds 1.7 trillion barrels.

That is more oil than the world has used since the first well was drilled over 150 years ago in Titusville, Pennsylvania. To put this in context, Saudi Arabia has about 260 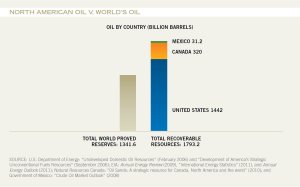 billion barrels of oil in proved reserves. For comparative purposes, the technically recoverable oil in North America could fuel the present needs in the United states of seven billion barrels per year for around 250 years. That’s just oil.

Thanks to our Nanny Government & the Enviroloons, restrictions in the form of federal bans and leasing combined with declining offerings of lease acreage mean only about 2.2 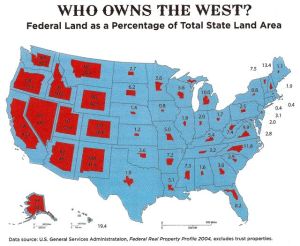 percent of America’s offshore acreage is currently leased for production.

Proven reserves of natural gas in the United States and throughout North America are enormous, and the total amount of recoverable natural gas is even more impressive. 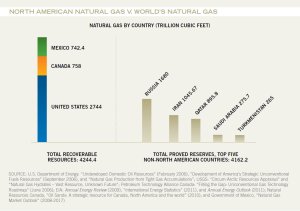 The EIA (Energy Institute of America) estimates that the United States has 272.5 trillion cubic feet of proved reserves of natural gas. The total amount of natural gas that is recoverable in North America is approximately 4.2 quadrillion (4,244 trillion) cubic feet.

Given that U.S. consumption is currently about 24 trillion cubic feet per, there is enough natural gas in North America to last the United States for over 175 years at current rates of consumption.

The most staggering figure is North America’s coal reserves. The United States, Canada,

and Mexico have over 497 billion short tons of recoverable coal, or nearly three times as much as Russia, which has the world’s second largest reserves.

North American recoverable coal could provide enough electricity for the United States for about 500 years at current levels of consumption.

Does this make you as angry as it does me? Not just that the cost of enegy is so high & will go higher. It’s the fact that it is purposeful.