Too bad their sermons about coronavirus deaths don’t extend to unborn children. 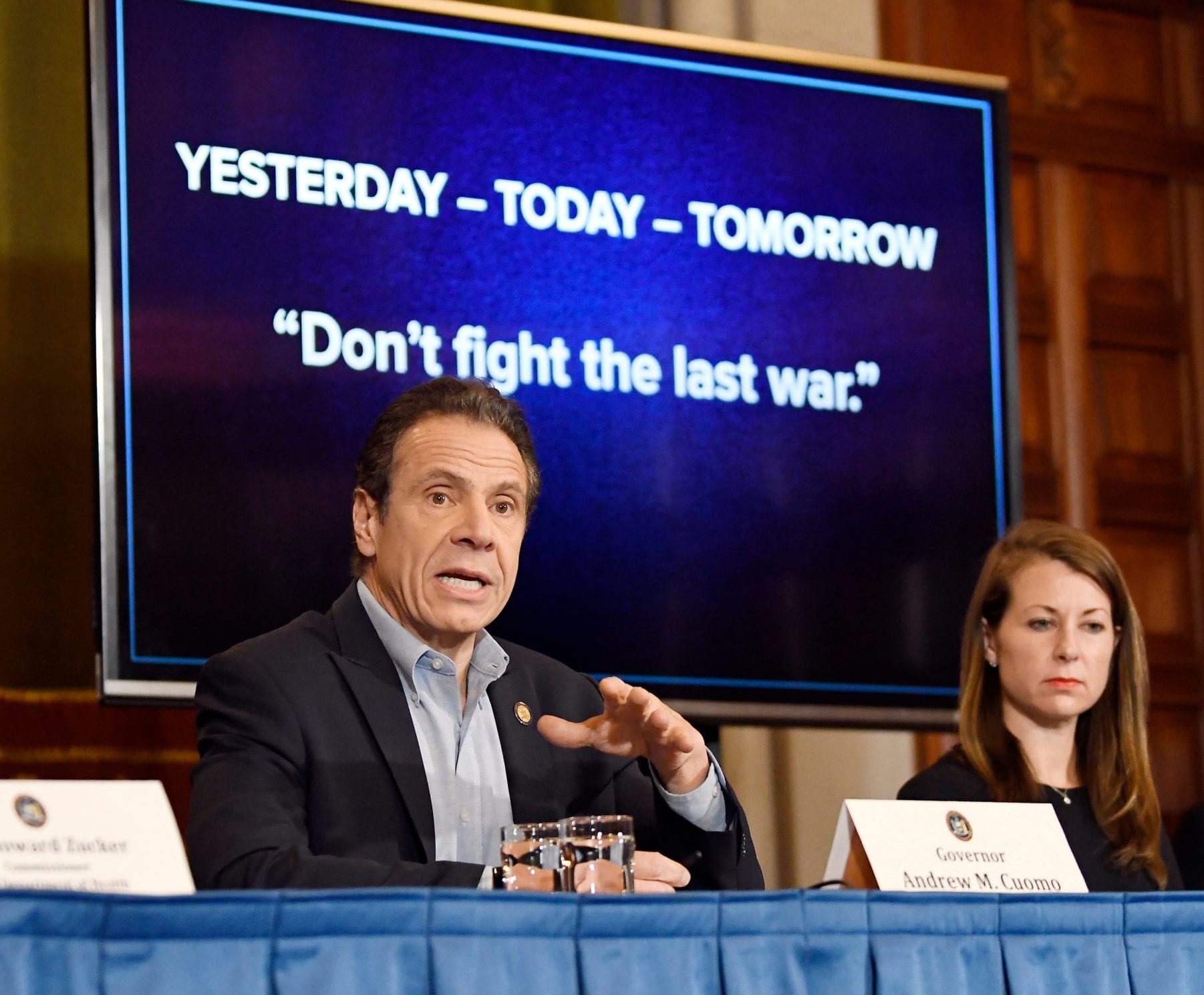 New York Gov. Andrew Cuomo announces updates on the spread of coronavirus during a news conference at the state Capitol in Albany, March 15, 2020 (Hans Pennink/Shutterstock.com)
Turn on the TV these days and you are bound to catch one of the Cuomo brothers inveighing against the “selfish.” Chris Cuomo on CNN harangues any one who dares suggest that America restart its economy, while Andrew Cuomo delivers lectures on the importance of staying home lest one expose the elderly to illness. Both brothers have inherited their father’s penchant for high and moralistic rhetoric. They have also inherited his incoherent moral philosophy.

Mario Cuomo was given to flowery denunciations on many subjects, but not abortion. There he would fall silent and simply say that he is “personally opposed” to it. His sons don’t even maintain that conceit. Andrew and Chris are both personally and publicly supportive of abortion.

Both Cuomo brothers have inherited their father’s penchant for high and moralistic rhetoric. They have also inherited his incoherent moral philosophy.

Last year, he signed into law the most liberal abortion law in the country. “Today we are taking a giant step forward in the hard-fought battle to ensure a woman’s right to make her own decisions about her own personal health, including the ability to access an abortion,” Cuomo said. “With the signing of this bill, we are sending a clear message that whatever happens in Washington, women in New York will always have the fundamental right to control their own body.”