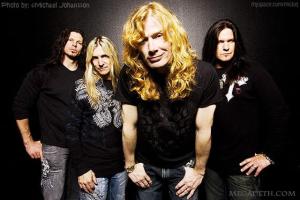 The heavy metal legend reported from the Democrat National Convention for MTV News at Madison Square Garden during the 1992 election, but is now slinging his ax for the Republican Party and endorsing former Pennsylvania Sen. Rick Santorum.

“I’m just hoping that whatever is in the White House next year is a Republican,” Mustaine told MusicRadar.com. “I can’t bear to watch what’s happened to our great country. Everybody’s got their head in the sand. Everybody in the industry is like, ‘Oh, Obama’s doing such a great job…’ I don’t think so. Not from what I see.”

Blasting Republican front-runner Mitt Romney for his five sons’ multimillion-dollar trust fund and Newt Gingrich for being “that angry little man,” he says he settled on Santorum. 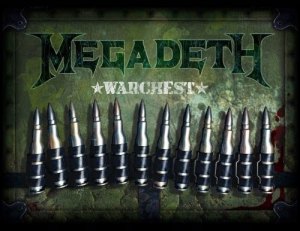 “Earlier in the election, I was completely oblivious as to who Rick Santorum was, but when the dude went home to be with his daughter when she was sick, that was very commendable,” Mustaine told the music site.