Well, it’s taken a few years but it is evident that he and his EPA are well on their way to 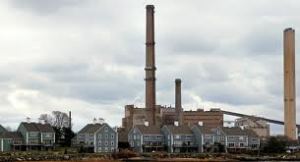 fulfilling that 2008 promise. If unchecked, the EPA will successfully shut down many coal plants across this country, and yes, your electricity rates will necessarily skyrocket.

He was also quite clear about his intentions for “clean energy” generation. How has that worked out? Was no one listening to his words, knowing one at all?

Obama has stated on many occasions, he is in favor of the “all of the above” energy policy. This obviously is a crock. It is clear, at least to me, that he and his entire administration are anti-hydrocarbon.

The Washington Post reports that “the new proposed EPA rules will require any new power plant to emit no more than 1000 pounds of carbon dioxide per megawatt of electricity produced. The average US natural gas plant which emits 800 to 850 pounds of CO2 per megawatt, meets the current standard; coal plants however emit an average of 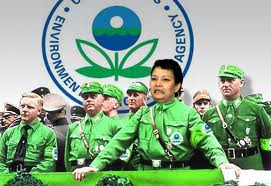 1768 pounds of carbon dioxide per megawatt.”

So, you say, at least we have the natural gas option. We’ve all heard there is more than enough natural gas in this country to power us for decades, if not centuries to come. Unfortunately the EPA has also begun blocking the use of hydraulic fracturing or fracking to get to the natural gas. And how long will it be before the EPA adjusts its standards to disallow natural gas plants?

all been on private land and has nothing to do with him. At present he has no authority to halt that drilling but his EPA has begun trying to slow the production of oil on these private lands. Congratulations!

I guess we all should stock up on walking shoes and candles.

But hey, at least we’ll have a clean planet, because as we all know, the science of global warming is settled. It’s been proven, apparently, that man-caused CO2 emissions are causing global warming.

Wouldn’t it be weird, if some team of scientists discovered that man-made CO2 emissions don’t cause global warming?