People are freaking out because Barr said the Mueller report was done for him. He’s right

During his Thursday morning press conference once again summarizing the findings of Special Counsel Robert Mueller’s report, when asked by a reporter why Mueller himself was not present, Attorney General William Barr explained that he wasn’t there because the report was written for the AG.

“It’s not [his report], it’s a report he did for me as the attorney general; he is required by the regulation to provide me with a confidential report,” Barr said. “I’m here to discuss my response to the report and my decision, entirely discretionary, to make it public.” 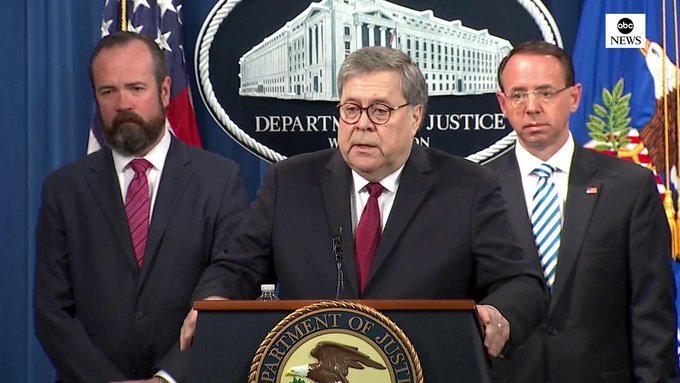 On special counsel Mueller’s absence at presser, AG Barr says: “It’s not [his report], it’s a report he did for me as the attorney general…I’m here to discuss my response to the report.” https://abcn.ws/2ZgiY9z

That response appeared to ruffle a few feathers:

Rep. Debbie Wasserman Shultz claimed that the report was really put together “for the American people.”

AG Barr was asked why Robert Mueller and his team are not at the press conference to discuss the report they produced.

AG Barr said the report was done for him.

No. This report was completed for the American people.

21 people are talking about this

“So much for the idea of an independent Special Counsel,” lamented an MSNBC contributor.

Barr: “It’s a Report he did for me as AG.” So much for the idea of an independent Special Counsel.

4,765 people are talking about this