According to an Arabic-language researcher, Walid Shoebat, Secretary of State Hillary Clinton’s deputy chief of staff, Huma Abedin, is at the forefront of a plan to organize U.S. Muslim minorities to transform America into a Saudi-style Islamic state. Apparently a manifesto commissioned by the ruling Saudi Arabian monarchy is what has specifically pointed out Abedin’s involvement in the Muslim Brotherhood and this mobilization. 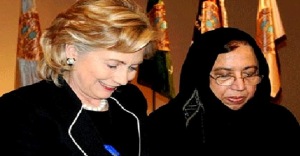 Affairs for the Institute for Muslim Minority Affairs. This institute was founded by her father and is currently directed by her mother. The organization is backed by the Muslim World League, which is an Islamic organization located in Mecca that was founded by Muslim Brotherhood leaders.

Amid a backlash against five Republican lawmakers who want to probe Muslim Brotherhood infiltration in the federal government, the 2002 Saudi manifesto shows that “Muslim Minority Affairs” – the mobilizing of Muslim communities in the U.S. to spread Islam instead of assimilating into the population – is a key strategy in an ongoing effort to establish Islamic rule in America and a global Shariah, or Islamic law, “in our modern times.”

The manifesto, a sweeping account of the king’s success in disseminating the radical Wahhabi interpretation of Islam worldwide, does not mention the Institute for Muslim 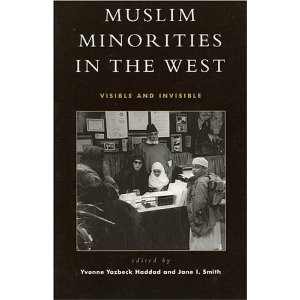 Minority Affairs by name. But it cites a book written by Huma Abedin’s father, “Muslim Minorities in the West,” listing him as co-author.

The manifesto was unearthed and translated by Walid Shoebat, a Palestinian American author and critic of radical Islam who has done extensive research on the Abedin family’s connections to the Muslim Brotherhod and its Wahhabist affiliations.

The “Muslim Minority Affairs” agenda, the manifesto says, works “under the umbrella of the Muslim World League and the International Islamic Relief Organization and World Association of Muslim Youth and others,” which essentially is the chain of command for the Abedins’ Institute for Muslim Minority Affairs, as confirmed by the Arab Dictionary on Media Icons. 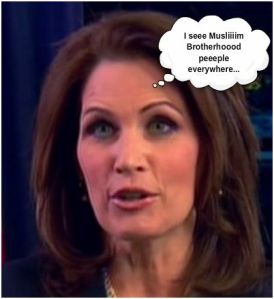 That’s Because They Are!

Some have tried to dismiss the allegations of Abedin’s involvement in the Muslim Brotherhood and point out that she is married to a Jew and that it seems unorthodox for a Muslim to do such a thing. Dana Milbank from the Washington Post thought this was significant enough to write about.

However Shoebat points out:

Actually, marrying a Jew is no evidence of Huma’s loyalty to the United States. In fact, it’s additional cause for concern. If I asked Blitzer and Milbank to define Muruna they would sit there baffled, they know zip when it comes to Arabic or Muslim Brotherhood foreign policy. Yusuf Qaradawi, the spiritual head of the Muslim Brotherhood who has been close to – and served by – the Abedins, explains it:

“Is it permissible, then, to have alliances with powers that are non-Muslim? Can Muslims work in banks that practice usury? … For the young Muslims they should not leave their jobs in banks and insurance agencies despite their work being evil, since their experience in these agencies would gain experience for what would benefit the Muslim commerce … whoever examines the issues in light of the Doctrine of Muruna would find that entry into these arenas is not merely a project, but a preference and a duty.”

Muruna (Flexibility) which includes “sanctioning Sharia prohibitions for an interest” is completely justified by the Brotherhood. If Huma had denounced the Brotherhood, there would be no need for Weiner to 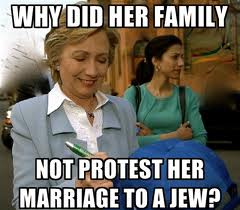 have to convince his mother-in-law Saleha Abedin that he is cured of sexting, nor would Huma arrange for Hillary to speak at Dar al-Hekma College where her mother worked.

The manifesto “declared from the first day that the Kingdom (of Saudi Arabia) was formed, that its purpose was to spread the Shariah throughout the world, as it had been revealed in the Quran and the sunnah.” It also says that Jews are the biggest obstacle in the way of Islam pressing forward with its takeover of the Americas:

“The greatest challenge that faces Muslims in the United States and Canada are the Jews who take advantage of their material ability and their media to distort the image of Islam and Muslims there by spreading their lies and distortions in the minds of the people in these countries.”

The threat to our government and society by Islam is great. Its teachings of damnable doctrines for men’s souls is the main danger and second it’s political and social implications are simply frightening. The fact that this is treated so cavalierly today is quite shocking. All one needs to do is witness the video of the Islamic festival in Dearborn, Michigan to get a glimpse at what Islam produces and friends this is light to what takes place on the other side of the globe.