And Now for the Rest… Of the Story:

Did Paul Harvey’s 1965 Broadcast “If I Were the Devil” Predict America’s Downfall?

America’s National Commentator. His listening audience was estimated, at its highest, to be around 24 million people a week. “Paul Harvey News was carried on 1,200 radio stations, 400 Armed Forces Network stations and 300 newspapers. His broadcasts and newspaper columns have been reprinted in the Congressional Record more than those of any other commentator.”

One of Paul Harvey’s most popular messages was the Christian classic “The Man and the Birds” based on a verse from the book of Job: “Ask the birds of the sky, and they will tell you” (12:7b).
Paul Harvey didn’t just report the news with his distinctive voice; he would always make the point that the news was reflective of society. You could take the pulse of America’s moral health by reading the daily newspaper.

In 1964, Paul Harvey wrote “If I Were the Devil.” Various versions of the article have appeared over time. I first heard about it from Glenn Beck’s show, but it’s been floating around the internet for some time.[1]

Before Paul Harvey wrote “If I Were the Devil,” the Italian Marxist Antonio Gramsci (1891–1937) explained the steps necessary for radicals to transform a nation without firing a shot:
[T]hey must enter into every civil, cultural and political activity in every nation, patiently leavening them all as thoroughly as yeast leavens bread. . . .[2] [This] would require a ‘long march through the institutions’ — the arts, cinema, theater, schools, colleges, seminaries, newspapers, magazines, and the new electronic medium [of the time], radio.”[3]

The following is the text from an audio version of Paul Harvey’s “If I were the Devil.” you can see that Gramsci was on target and his radical heirs were successful:
“If I were the devil, I wouldn’t be happy until I had seized the ripest apple on the tree — Thee. So I’d set about however necessary to take over the United States. I’d subvert the churches first — I would begin with a campaign of whispers. With the wisdom of a serpent, I would whisper to you as I whispered to Eve: ‘Do as you please. Do as you please.’

“To the young, I would whisper, ‘The Bible is a myth.’ I would convince them that man created God instead of the other way around. I would confide 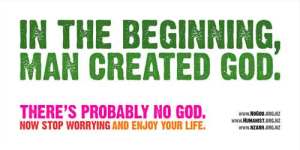 that what is bad is good, and what is good is ‘square.’ And the old, I would teach to pray. I would teach them to pray after me, ‘Our Father, which art in Washington…’

“And then I’d get organized. I’d educate authors on how to lurid literature exciting, so that anything else would appear dull and uninteresting. I’d threaten TV with dirtier movies and vice versa. I’d pedal narcotics to whom I could. I’d sell alcohol to ladies and gentlemen of distinction. I’d tranquilize the rest with pills.” 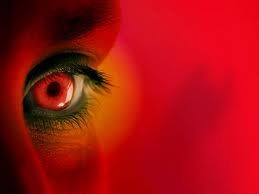 “If I were the devil I would encourage schools to refine young intellects, and neglect to discipline emotions — just let those run wild, until before you knew it, you’d have to have drug sniffing dogs and metal detectors at every schoolhouse door.”

“Within a decade I’d have prisons overflowing, I’d have judges promoting pornography — soon I could evict God from the courthouse, and then the schoolhouse, and then from the houses of Congress. And in His own churches I would substitute psychology for religion, and deify science. I would lure priests and pastors into misusing boys and girls, and church money. If I were the devil I’d make the symbols of Easter an egg and the symbol of Christmas a bottle.”

“If I were the devil I’d take from those, and who have, and give to those wanted until I had killed the incentive of the ambitious. What do you bet I could get 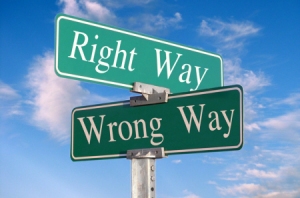 whole states to promote gambling as the way to get rich? I would question against extremes and hard work, and Patriotism, and moral conduct.”

“I would convince the young that marriage is old-fashioned, that swinging more fun, that what you see on the TV is the way to be. And thus I could undress you in public, and I could lure you into bed with diseases for which there is no cure. In other words, if I were to devil I’d keep on doing on what he’s doing. Paul Harvey, good day.”

Notes:
1. I’m a little suspicious that the poor quality audio version might be a revised version done by someone else to make it sound like Paul Harvey. [↩]
2. Malachi Martin, The Keys of This Blood: The Struggle for World Dominion Between Pope John II, Mikhail Gorbachev and the Capitalist West (New York: Simon and Schuster, 1990), 245. [↩]
3. Patrick J. Buchanan, Death of the West: How Dying Populations and Immigrant Invasions Imperil Our Country and Civilization (New York: St. Martin’s Press/Thomas Dunne Books, 2001), 77. [↩]