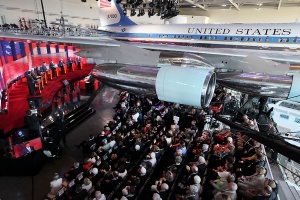 Bully for Rick Perry for calling Social Security what it is, a Ponzi scheme. For that, I’m a little more hopeful. He should’ve really gone on the attack regarding the Global Warming myth. I haven’t been a Perry man & I’m not still, but I’ll keep watching and listening. Still have questions; mainly illegals & executive orders. He needs to be more down-home. Let his hair down, as it were. That was one of W’s most endearing qualities.

Boo Hiss for the reasonable Romney for believing we’re too stupid to hear the truth about Social Security. It’s too bad Mr. Romney thinks it’s too scary for people to hear. He is a moderate, maybe even a progressive. He certainly appears to be a big-government republican.

Herman Cain is awesome. His 9-9-9 plan sounds very promising. Every answer he gave was well thought, reasoned & passionate. He does need to lighten up a bit. Be more endearing. He’s one of only two that speaks in plain English, not political bullcrap speak. The other is Newt.

Michelle Bachmann, whom I love, can’t be elected. I am now convinced of it. I wish I were wrong. You might as well prop up a wooden manikin. I like what she says, but she sure doesn’t show it. I see absolutely no passion. She barely moves. That saddens me, but that’s the reality. Dress down a little. Drop the Over-the-top Barbie look. Get Real. Look for her to be the V.P.

Newt was awesome. He speaks plainly & with force. He says all the right things; taxes, Bernanke, energy. He is brilliant & would wipe the floor in a debate against Obama. Newt is the epitome of “Knowledge is Power”. He has everything I want except my trust. I’ve previously described him as a convenient conservative. He thinks like me when it appears to be safe to do so. It seems like when he gets some heat, he folds. Not good. I wish I could love Newt, but he scares me.

Santorum simply doesn’t have what it takes. He is constantly speaking of his record in congress. No one cares. Show some passion. Be animated. He is not taking advantage of his limited opportunities. He’s done. Too bad. I like almost everything he stands for.

Ron Paul, I love, like I love my crazy Uncle. I agree with a lot of things he says. He is truly no-nonsense. You know exactly where he stands. He would be my Treasury Secretary.

Jon “The Science is Settled” Huntsman, please. He is John McCain. No chance!

So, what’s the bottom line? In my opinion, Perry, Newt & Cain showed the strongest. Not that these are the frontrunners, just the ones that shown through last night. Newt & Cain may drop out tomorrow, for all I know.
Next debate it may flip completely. It’s still very early.