So what do we know about the new Islamic Caliphate? Well, to start they are the most unconscionable vicious group we’ve ever seen. Worse than Hezbollah, Hamas and the Taliban. Worse than Al Qaeda, worse than even MS 13 or the Mexican drug cartels.

We know that they have territory within the new Caliphate that is now the size of Belgium, and growing. We also know they have more money than any terrorist gang that preceded them – I daresay, as much or more than some legitimate governments.

We know they’re better armed than some nations and have more fanatical “troops” than any other radical Islamic organization, by a stretch.

We know they acquired uranium (yes uranium) for use to make a dirty bomb and if we don’t think they’ll use it, we are fools.

Now the Obama administration – what do we know about them? That’s easy. We know that from “The One” on down, every decision he/they make his political. Not for the good of the country, but to achieve or maintain the political “upperhand”.

We know that they can’t be trusted, their devious, spiteful, vengeful and they only when lie when their mouths are open.

So who do we believe when one or the other makes a bold statement – our own government, or bloodthirsty terrorists?

Do we trust Obama and his minions that ISIS is but a regional threat, or Abu Bakr al-Baghdadi (Bag Daddy) when he says, “See you in New York” or that they will raise the black flag of jihad over the White House? As outrageous as Bag Daddy’s claims are, we would be wise to heed him.

So when Judicial Watch broke the news that ISIS had men already operating in Juarez Mexico and the administration flatly denies the claim – who do we believe?

You may say, so what – that’s Mexico, until you consult your map and discover the only thing between Juarez and El Paso Texas is the Rio Grande River. Yes that River – the one four-year-old children can evidently cross with little problem. 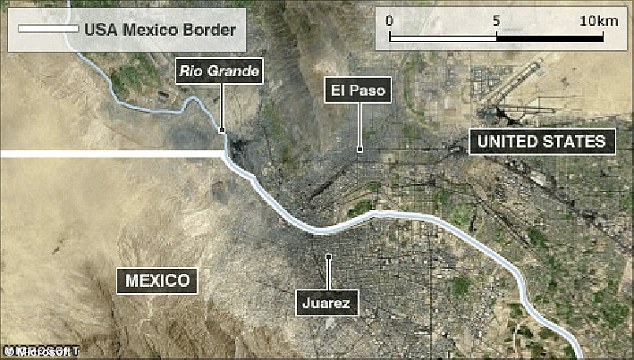 Judicial watch president Tom Fitton claims his sources are “Golden” and says “it’s impossible for me to overstate the seriousness of the threat”.

But DHS, our own homeland “Security” agency says they “haven’t seen that at all”. DHS Secretary Jeh Johnson said they “are unaware of any specific threat to the US homeland”.

White House spokes liar Josh Earnest exclaimed, “the most detailed intelligent assessment than I can offer from here is that there is no evidence or indication right now that [ISIS] is actively plotting to attack the United States homeland. That’s true right now.”

Notice how they speak – how they choose their words – how smarmy and disingenuous they are. No “Specific” threat and no “active” planning “right now”.

So who do we believe? I’d say the people, who to date, have done exactly what they claim to wish to do over those who literally lie on a daily basis.

Judicial watch has no reason to just scare the American people. They have no personal vendetta against Obama. They are just a government watchdog group. Right or left, it’s all the same to them.

So why wouldn’t the administration just come out and say that there may be a threat? Fitton says, “I can’t say who in Washington knows about this, but to be sure, this is exactly the type of information that this administration would have an interest in minimizing, downplaying and withholding, to distract from the disaster on the border and the national security threat there”.

And there you have it. I believe this is dead on accurate. This is a politically motivated dodge by the administration and typical of their immature “head in the sand” policy. Ignore – say it’s not happening, and maybe it will go away on its own, or lie, lie again, then lie some more, until something else pops up to alter the “news cycle”.

I think this threat is real and I’m sure the administration knows it to be so. That’s why the parsing of words like “no specific” or “right now”. Rather than admitting the threat may be legitimate, my guess is that they have their best and brightest liars already fabricating an excuse for why we did nothing in the lead up to an IED attack right here on our soil.